Here are ten mountain hikes, both famous and barely-known that most fit beginners could have an enjoyable day out on. Yes, easy is very much a relative term in a country where some mountains require a ten-day  trek through leech-infested, pathless jungle with no views, but for these the maximum time needed should be around three hours up and two hours down, although several require much less than that. Almost all are in Sumatra or Java, and are generally pretty accessible and not far from a regional airport. The best time for summit photos tends to be just as day is breaking, so for the very finest panoramic views of distant peaks you should really start trekking before first light. 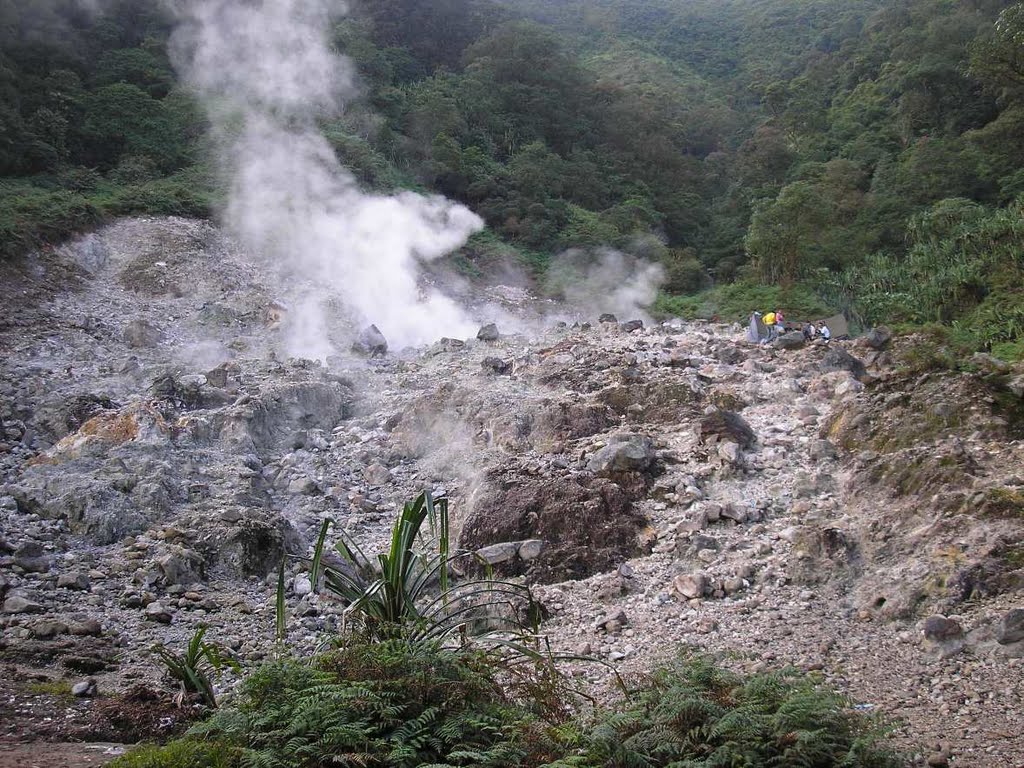 Pulosari is a great day out for those living in Jakarta and is the most popular trek in the province of Banten. An early start means that you not only beat the Jakarta traffic but also get up to the crater and summit at the perfect time for photographs. Read more 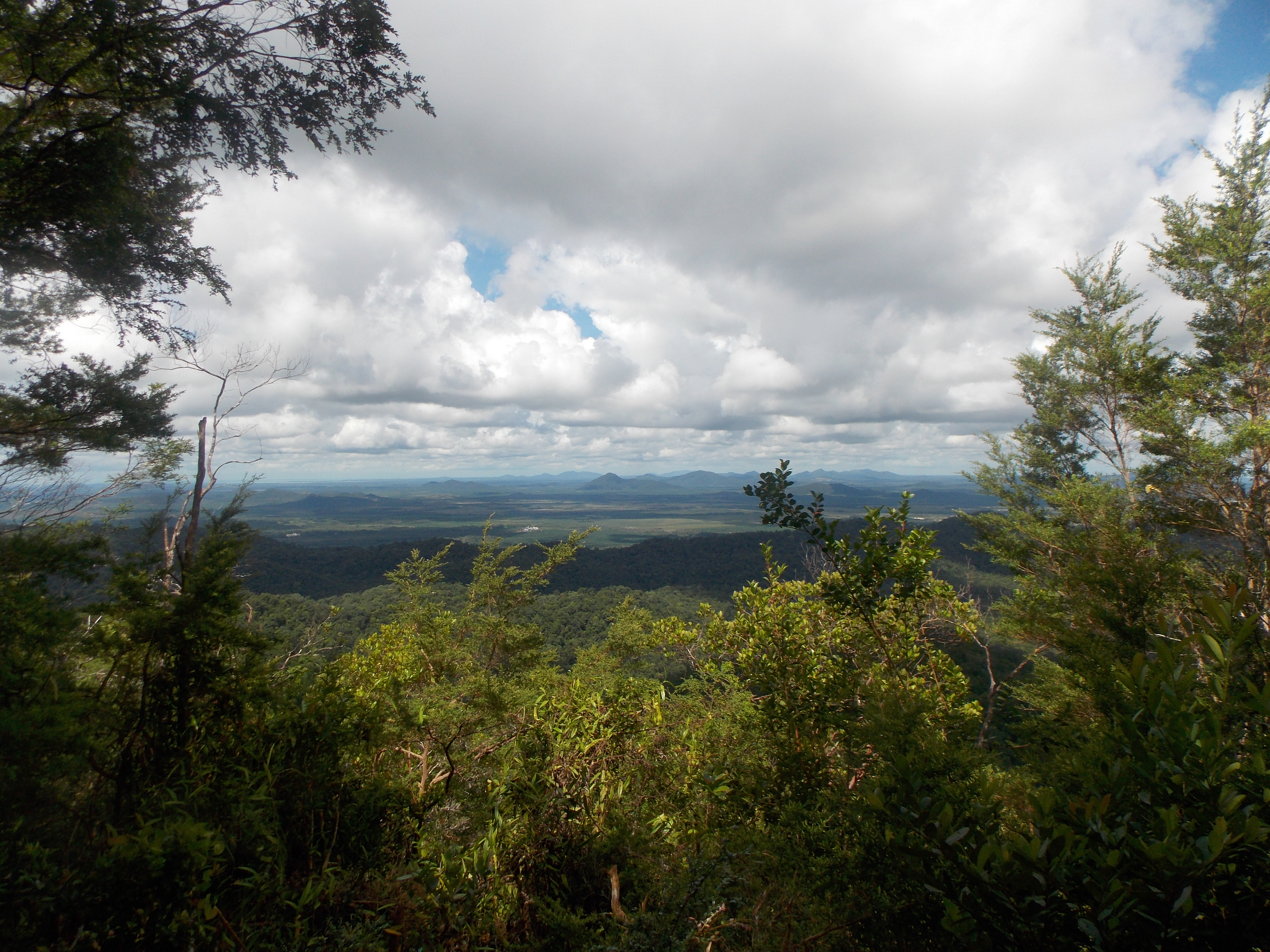 The island of Belitung is not especially known for hiking, but this is a great half-day to add to a beach weekend. The mountain is very small by Indonesian standards, but the views are decent and there are two peaks of an almost-identical height but of very different natures.Read more 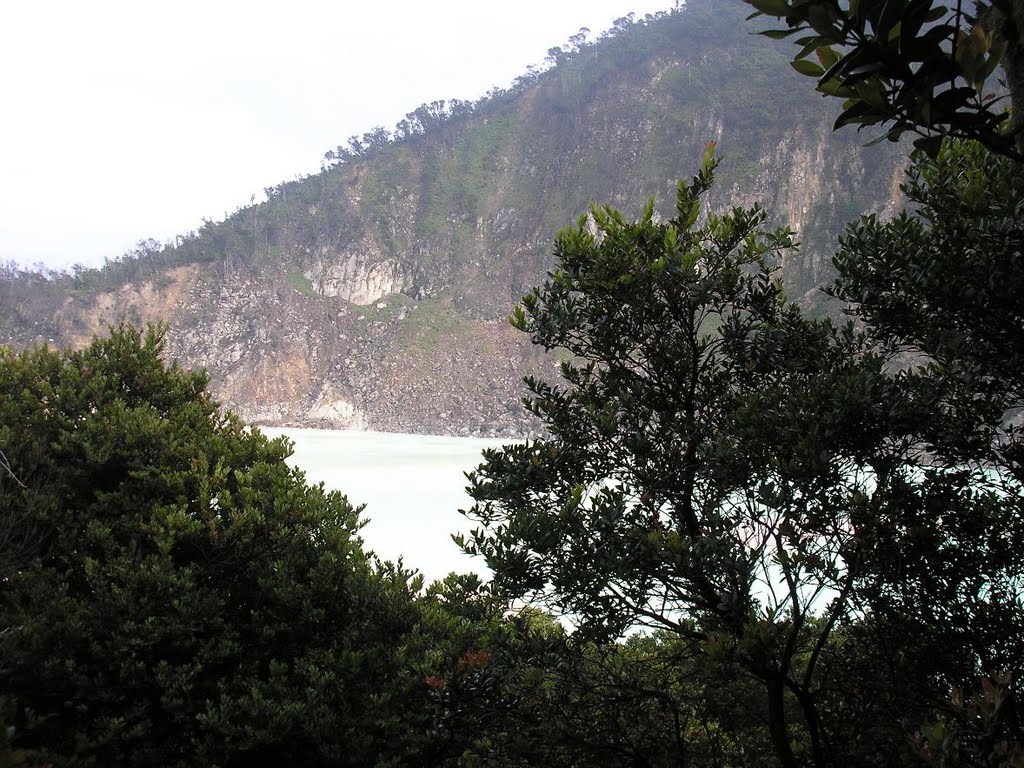 Kawah Putih (‘white crater’) is a very popular tourist attraction to the south of the city of Bandung. A road leads all the way to the edge of the crater, but surprisingly few people make the easy trek to the top of the range. Read more 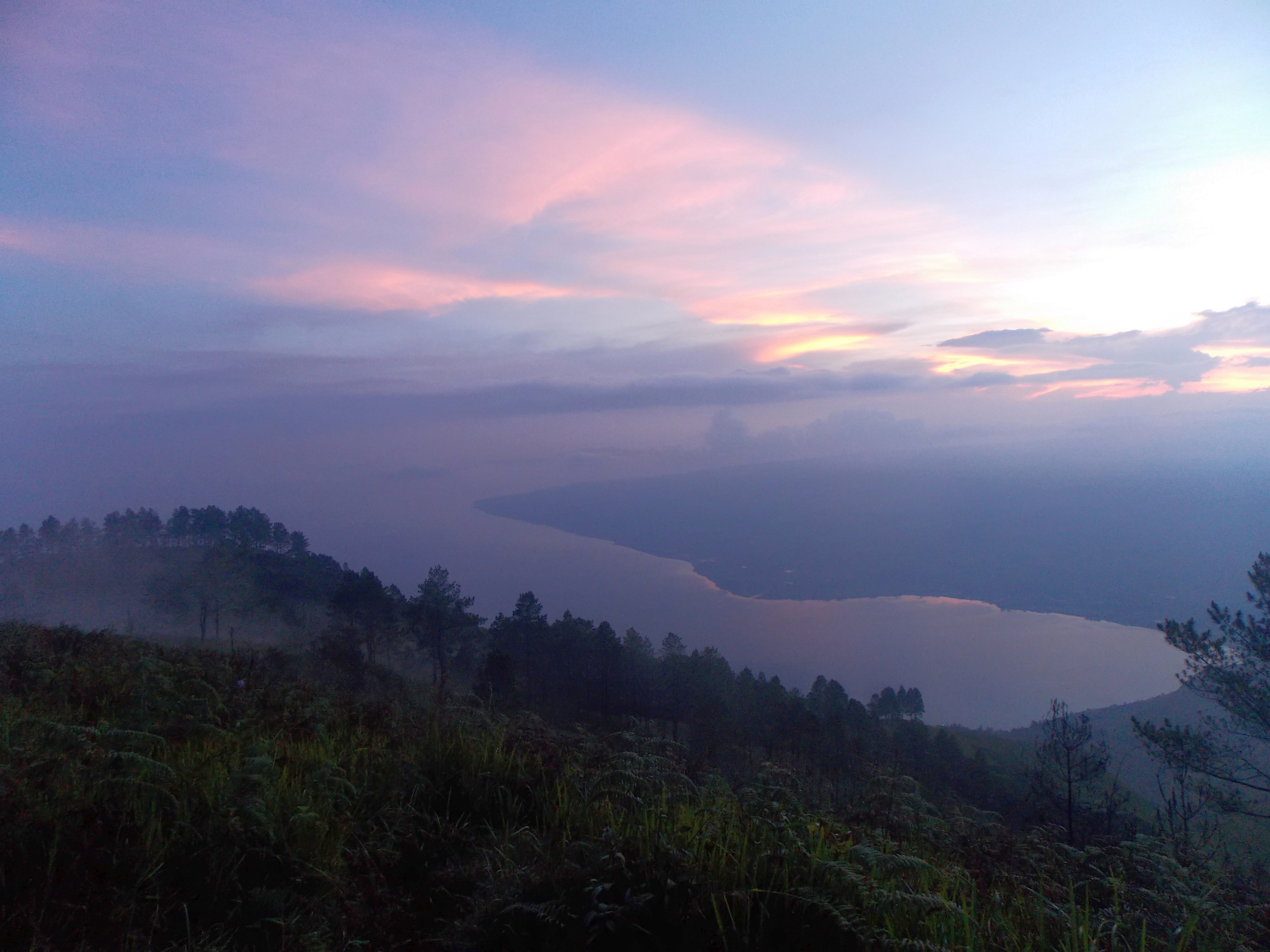 Those visiting Lake Toba should definitely add Pusuk Buhit to their itinerary. Not only are the views excellent and the trekking rather easy, there are also some exceedingly hot hot springs at the base of the mountain to relax in afterwards. Read more 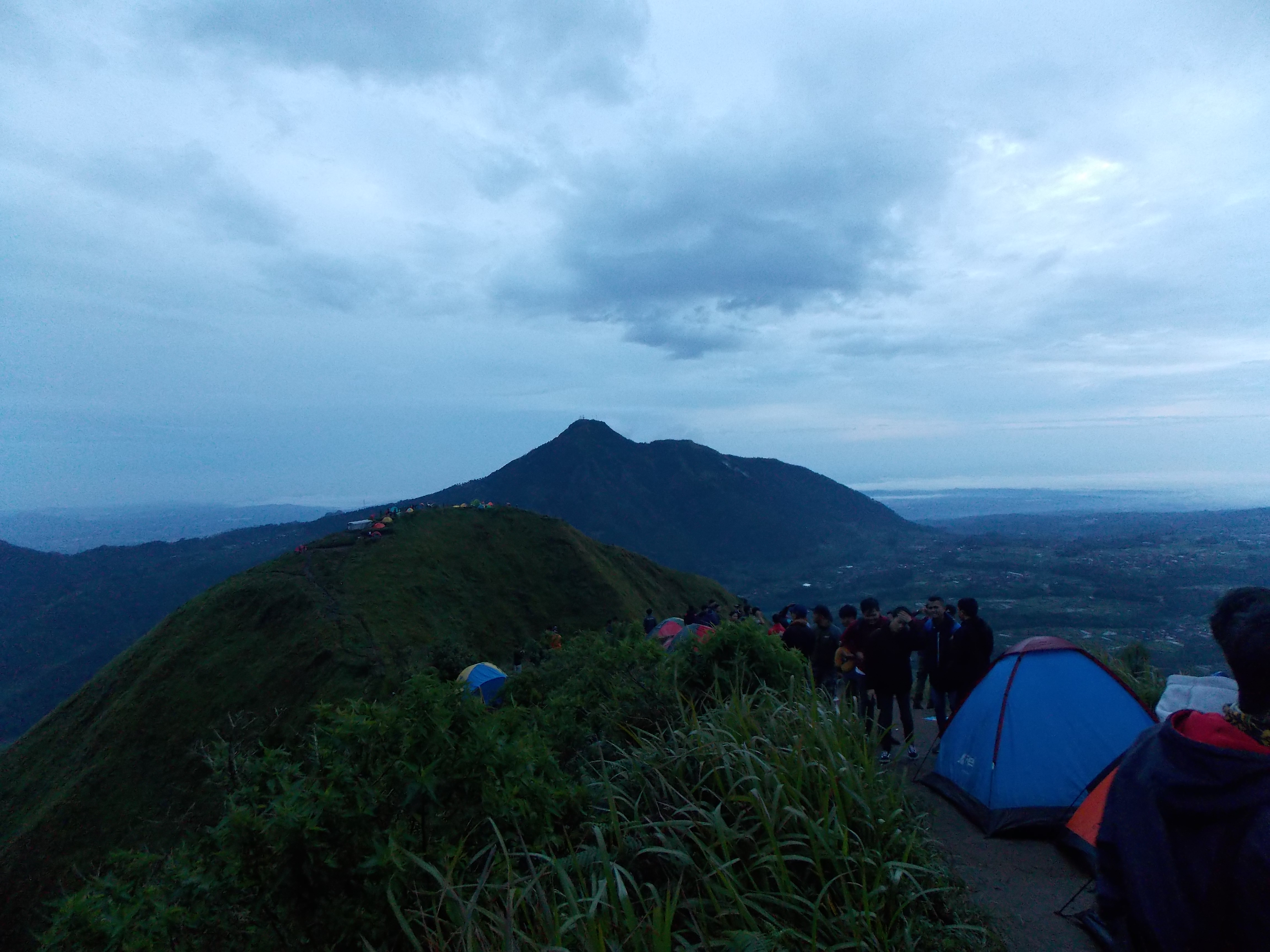 Gunung Telomoyo is a great viewpoint for all the other higher volcano peaks in Central Java, and it has an access road all the way to the summit transmitter. Neighbouring Gunung Andong has even better views but you actually have to get out of your car for that one!Read more 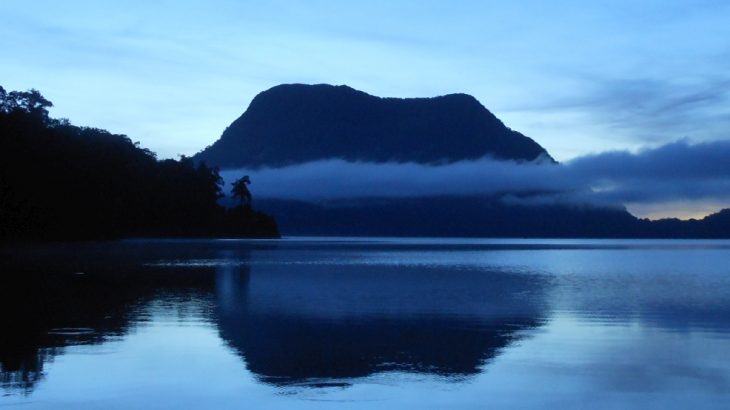 Gunung Tujuh lies opposite Gunung Kerinci, the tallest volcano in Indonesia, but is a much more straightforward hike, requiring around 3 hours up to the huge upland lake and 2 hours back down. The true summit is rarely visited, but the shores of the lake are a most relaxing place to visit for the day or even as a place to camp for the night.Read more 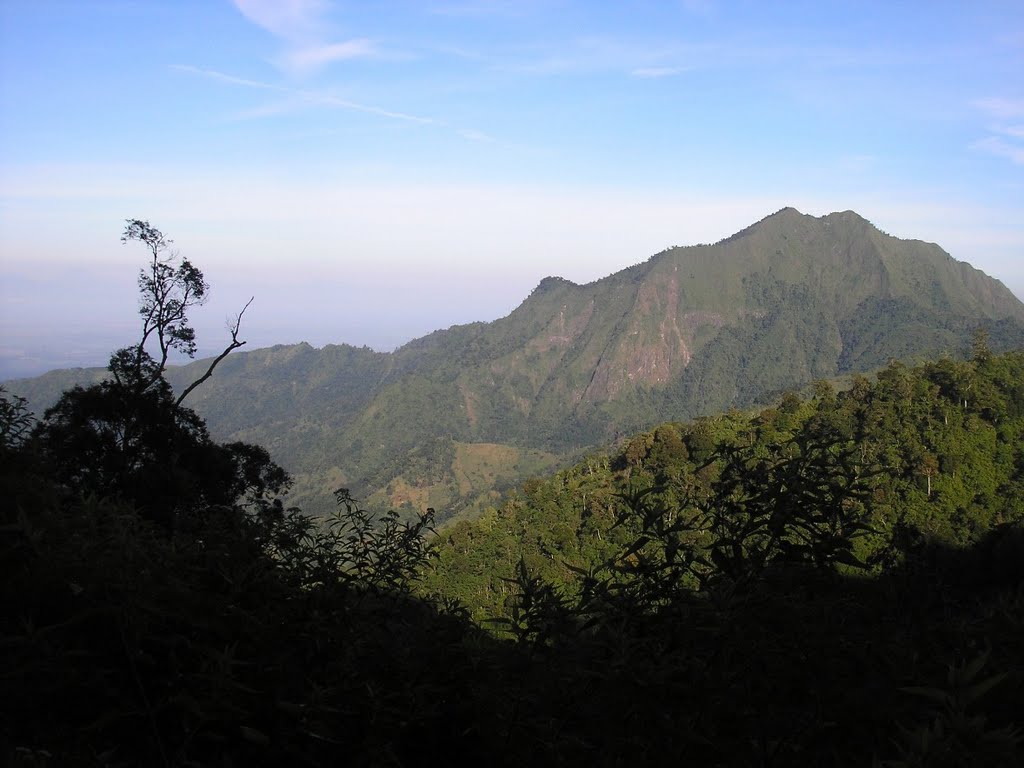 This mountain is like the younger sibling of Gunung Lawu, as they are both pilgrimage mountains, both have considerable links to Indonesia’s pre-Islamic past, and both have gorengan food stalls on or near the summit! Whereas Lawu is a considerable hike, Gunung Muria is a half-day outing, or better still a sunrise trek. Read more 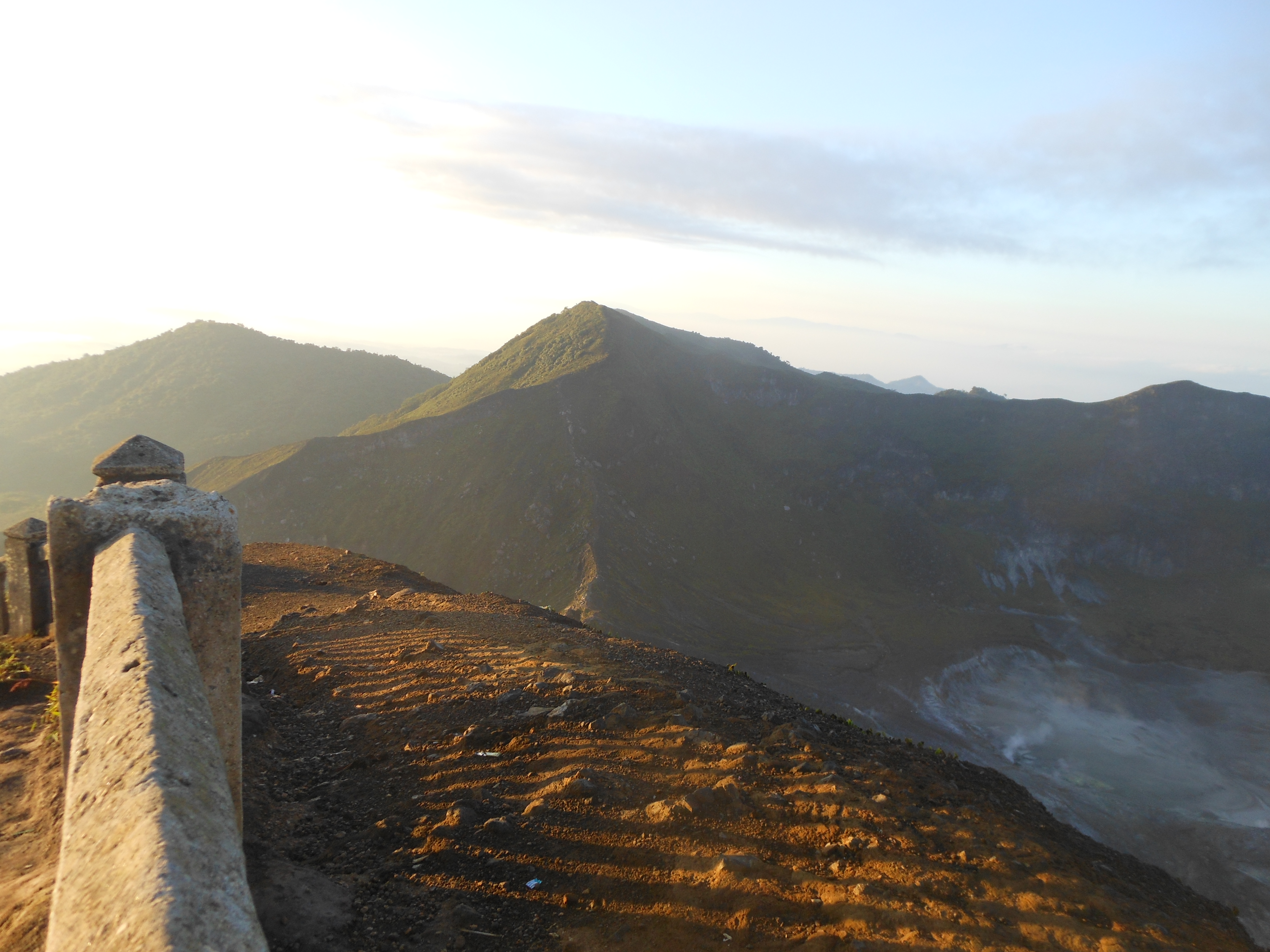 Gunung or Bukit Kaba is an incredibly impressive volcano complex which has a narrow motorbike track all the way to the crater rim. An early morning circuit of the major craters is one of the finest mornings out you can have in Sumatra.Read more 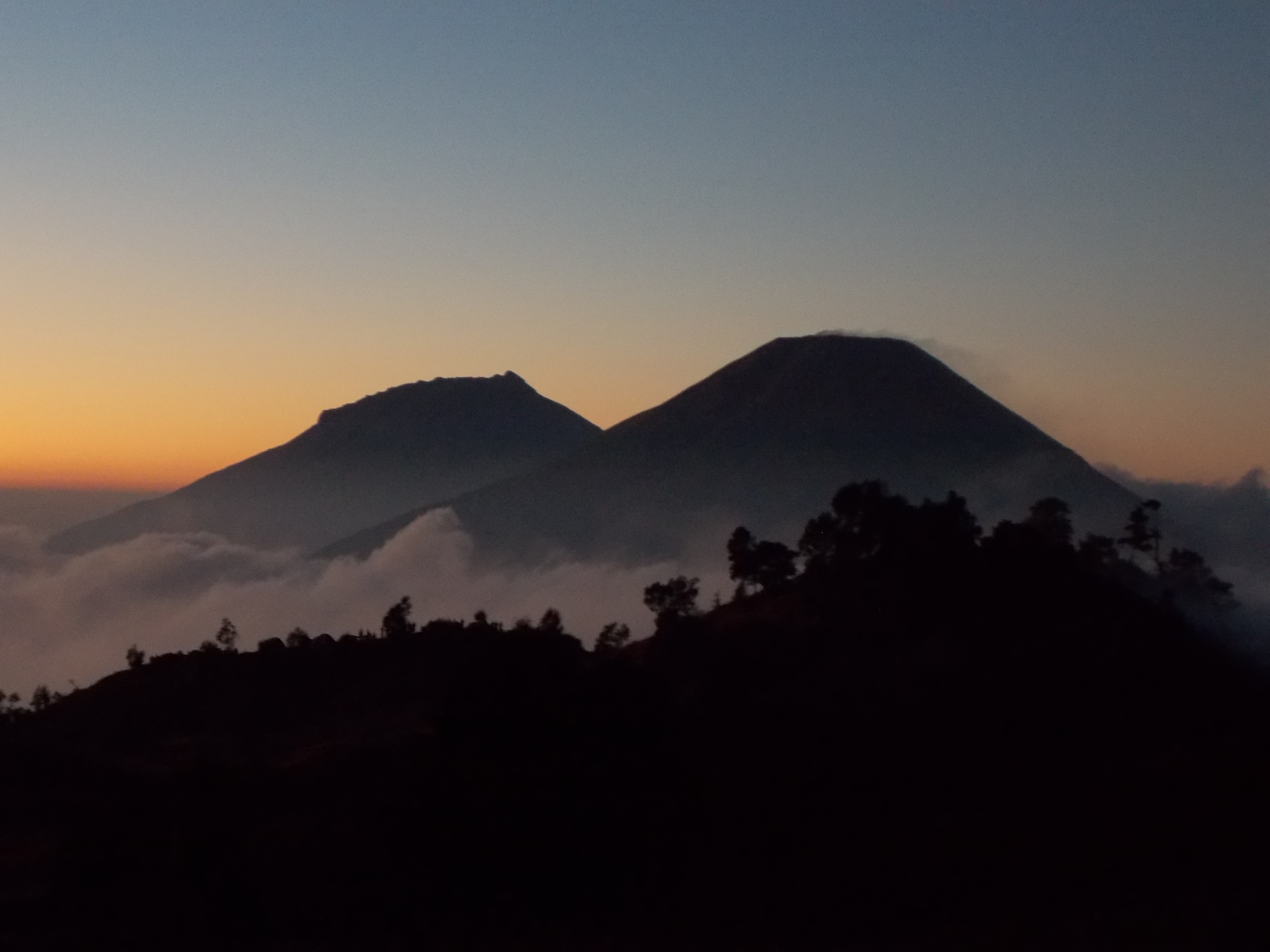 When Gunung Bagging first visited back in 2010 there were no other hikers up at the top of Gunung Prau. Fast-forward to 2018 and social media has meant that it is now almost impossible to take a photo here without getting a tent ot two in the picture. But it’s a staggering panorama at dawn… the huge volcanic twins of Sindoro and Sumbing plus the fascinating Dieng Plateau down below. One of the very best viewpoints in Java.Read more 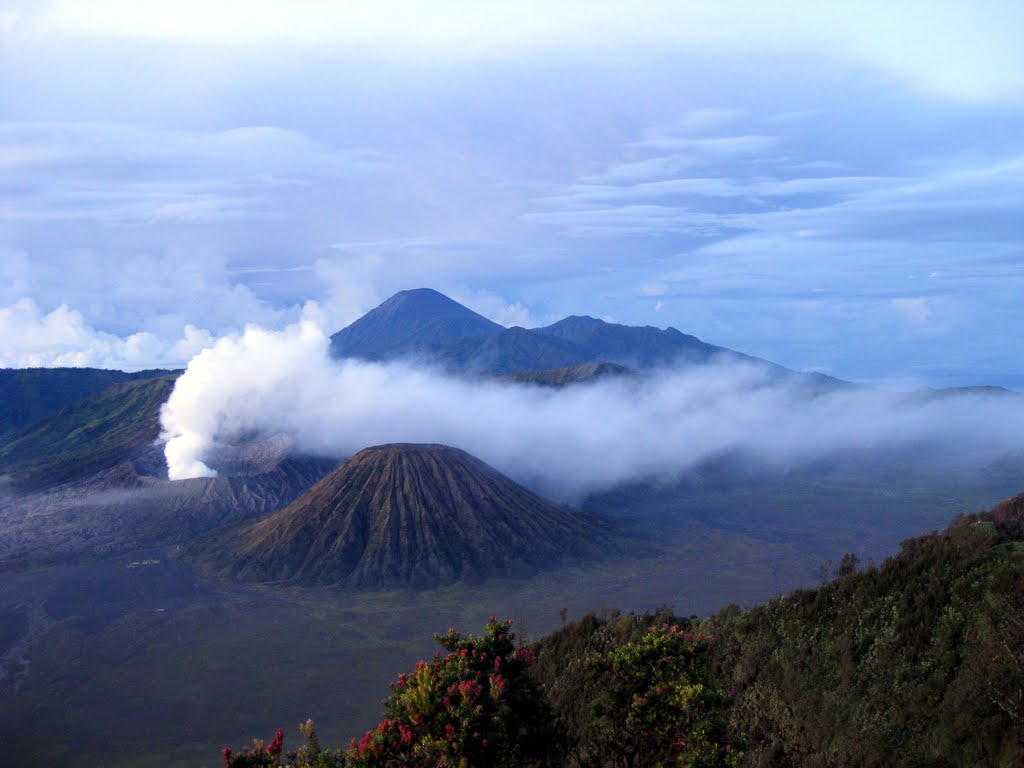 Mount Bromo is rightly known as one of Indonesia’s most jaw-dropping natural sights. It has been this way since the Dutch colonial era, and the view from Pananjakan/Penanjakan at sunrise is still a winning front cover for Indonesia guidebooks. It is more expensive for foreign tourists now, but if you get fine weather then it really is worth the money, even if the discrimination leaves you feeling a bit exploited.Read more