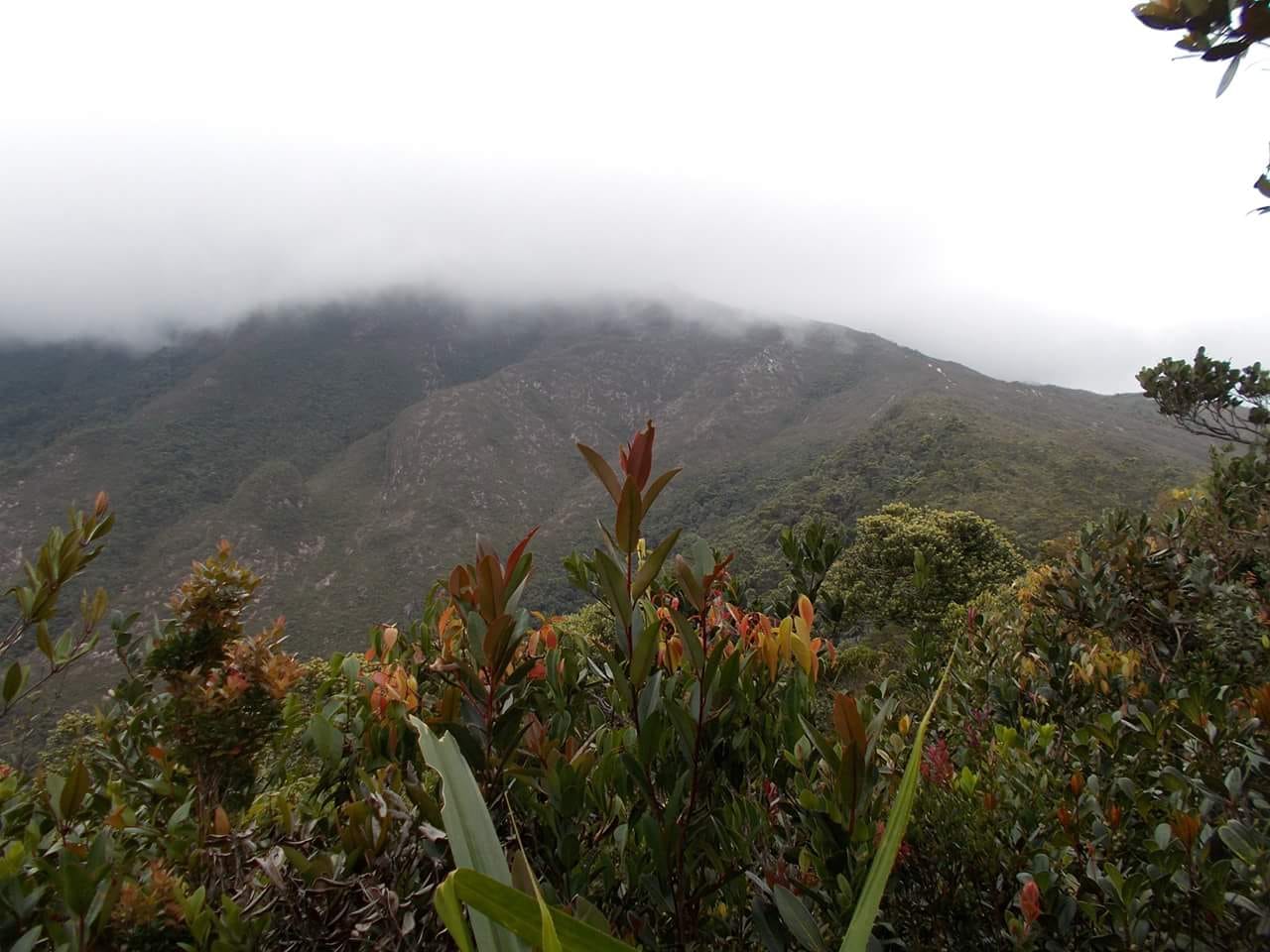 It’s probably this region’s most challenging trek and the word ‘tahan’ means ‘endure’ which is certainly rather apt! There are two main trailheads, with one route being longer and requiring a lot more time than the other. The views from the higher slopes of Gunung Tahan are excellent, as the vegetation is mostly low-growing shrubs rather than tall trees.

Elephants and tigers still live in this region, though the chance of seeing any is very, very small. You will almost certainly meet plenty of sweat bees although they are relatively harmless unless they get stuck inside your shirt.

Obviously, the best hike to do is a traverse from one side to the other and most who do this seem to opt to start in Sungai Relau and finish at Kuala Tahan so that the lengthy Kuala Tahan route is more descent than ascent. This is around 85km in total and apparently the standard National Park requirement is that it is done over 7 days although as little as 5 days and 4 nights is possible if you can find a willing guide for this and you are sure your group is very fit. The shortest itinerary timewise is briefly outlined below based on our online research so far. Be sure that you start no later than 8am each morning.

Day 0: Get to Gua Musang or Merapoh by train or bus.

Travel 13km by 4WD to Kuala Juram (309m) and begin the hike to Kuala Luis (306m). Start the proper climb here to Lata Luis (556m) and Kem Kor (750m) which you should have reached in around 4 hours total. It is then a further 3 hours or so to Kem Kubang. If you don’t make it to Kem Kubang, then stay at Kem Kor and be sure to set off early on Day 2 to ensure you reach Camp Botak or the summit on the second day.

From Kubang, it is about 30 minutes to Belumut. From Belumut to Bonsai is a further 3 hours. Bonsai to Botak is 1 hour and Botak to the summit is 1 hour. The last water source is at Camp Botak (1,943m) but if you can make it to the summit (one further hour) then it is obviously preferable for sunset and sunrise photos.

From the summit to Gunung Gedung is around 4 hours. Gn Gedung to Gunung Reskit is 1.5 hours. Gn Reskit to Gunung Pangkin is 3 hours  and Gn Pangkin to Wray’s Camp is 1 hour. Wray’s Camp is named after a member of the 1905 Herbert C Robinson expedition here who were the first recorded hikers to have reached the peak, requiring two weeks in total. Unfortunately, Mr Wray was stuck here with diarrhea and didn’t make it to the summit.

Ascend to Gunung Rajah (about 2 hours), and on to Kem Tengah (a further hour). From Kem Tengah to Kuala Melantai takes around 4 hours and involves crossing the 27 minor hills of Bukit Malang. It is then around 5 hours to reach the Park Resort from Kuala Melantai. Stay the night at the National Park Resort.