Puncak Trikora is the most accessible of the 3 tallest mountains in Papua. The starting point for Trikora is the Dani town of Wamena in the Baliem Valley – from where you can see the peak itself in clear weather. You can fly from Jakarta to Jayapura and then take a local flight to Wamena. From the Baliem Valley, there is a trekking route up to Lake Habbema (3,300m) and on to Somalek cave. Both of these places are suitable for camping. There was a glacier on the summit ridge until the 1960s. A rope and rock-climbing skills are needed to reach the very top of the peak. As is the case with most peaks in Papua you need a government permit and at least a week for a serious attempt at reaching the summit.

In December 2010, Ricky Munday got onto the summit ridge but was unable to reach the true highest point. 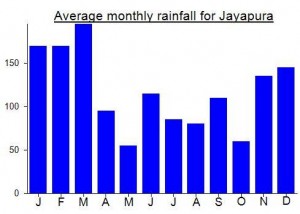 Trikora is a shortened form of Tri Komando Rakyat, the People’s Threefold Command announced by Indonesia’s President Soekarno on December 19, 1961.

One thought on “Puncak Trikora”