Egon is a very active volcano and is one of the most popular hikes on Flores. The last major eruption was in 2008 and it covered sections of the trail with ash and debris making it difficult to find. Thankfully the trail is now reasonably clear once more but finding the start of the trail (beyond Blidit village at 788m) is difficult without a GPS or local guide because there is no signpost whatsoever! It takes about 1 hour to reach by car from Maumere – head east on the main road towards Larantuka and take the road leading up the hillside at Waigete (WGT on road markers) which does actually have a signpost for Gunung Egon, alebit only visible from the eastern side. This road leads up to the starting point 8km up the hillside which is home to some of the friendliest locals in Flores. Expect lots of greetings!

The trail leads through open woodland offering some excellent views of nearby island Pulau Besar in Maumere bay. The woodland ends at 1,328m and the trail zig-zags up increasingly steep and increasingly rocky terrain. You should soon be able to smell the sulphur in the air. Every year local people throw chickens and other things into the crater in an attempt to placate the volcano but it remains the most fearsome on Flores so caution is needed.

The trail becomes more vague and a little more difficult as you negotiate volcanic scree beneath the impressive crater cliffs. The trail then flattens out and leads over loose, damp volcanic sand to the lowest point of the rim (1,598m). It takes no more than 3 hours to this point and views to a very active and noisy fumarole and the beautiful blue lake are delightful. This is about as far as most people come, although it is quite easy to stroll up to the right onto higher parts of the flattish areas of the rim. You should see several metal pipes half-buried in the volcanic sand – these are remains of a Japanese sulphur mine.

This is about as far as most hikers come and all guides will warn you not to climb the final 100m up the steep summit cliffs to the left. Unless you are a confident rock climber it would be a bad idea to attempt what it a rather technical scramble/climb. The near-vertical slopes of soft crumbly rock and wettish sand are very hazardous indeed and a fall here would result in serious injury if not death. It is beyond the ability of most hikers. A small number of experienced climbers have reached the highest point – including Englishman Rob Woodall who made a full, leisurely circuit of the rim in just one hour in August 2010. The highest point of the rim is marked with a few large rocks. Further round the rim is a near-vertical drop of 5m (ropes may be useful here) and a very narrow arete made of soft mud – very dangerous indeed but possibly easier for the suitably-experienced climber to negotiate and then make a full circuit of the rim rather than descending back the same way down the steep cliffs.

On the way back down the same route your guide will probably encourage you to leave some small change to express thanks for making a safe return at a special area just off the trail (1,173m) where there is a small metal plate. 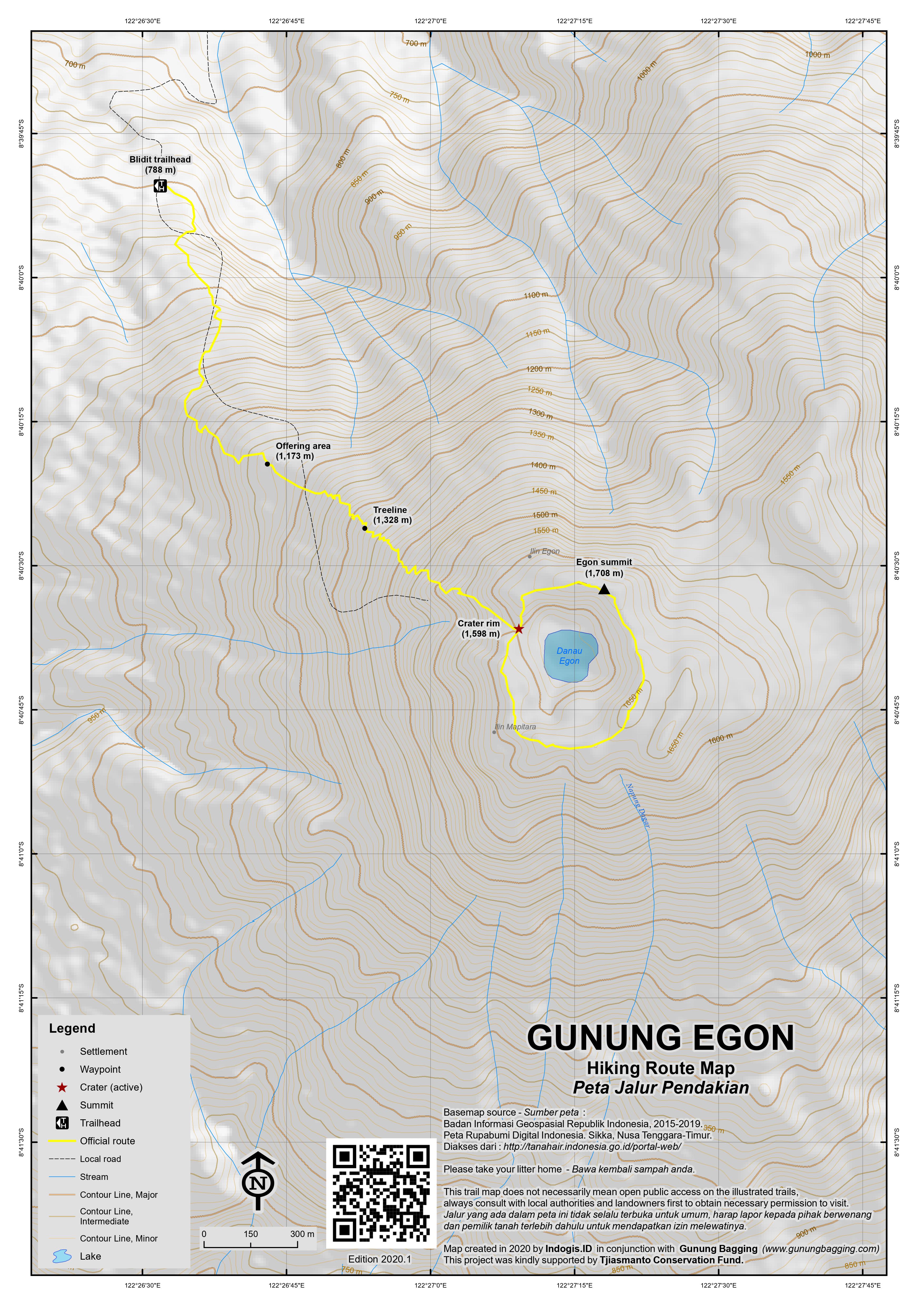