This peak gives its name to the Gunung Nyiut-Penrissen Nature Reserve which can be reached by public transport from Pontianak. Take a bus to Dawar via Sanggauledo. From Dawar it is about 10-12 hours of hiking to the summit so it’s best to camp at a spot at 1,300m (which is about 90 minutes before the summit) then get up early on the second day to reach the top for first light. The highest point is marked with a cement pillar and the best views are to be found about 20 metres below this point.

The Nature Reserve stretches to the Malaysian (Sarawak) border where Gunung Penrissen, the peak that gives the Nyiut-Penrissen Reserve the second half of its name, is located.

The trail from Dawar (375m), leads eastwards to the Pintu Rimba or forest entrance (570m) which is where the Nature Reserve begins and the point at which permission is required for access from the authorities in Pontianak or Singkawang. If permission is obtained, you can proceed via Pos Sungai Tanggi (1,020m), Pos Gua Kurawak (1,130m) and Pos 1300 (1,300m) to the summit itself.

The previously published summit height of 1,701m seems unlikely given SRTM and GPS readings which suggest 1,660m is closer to the truth. 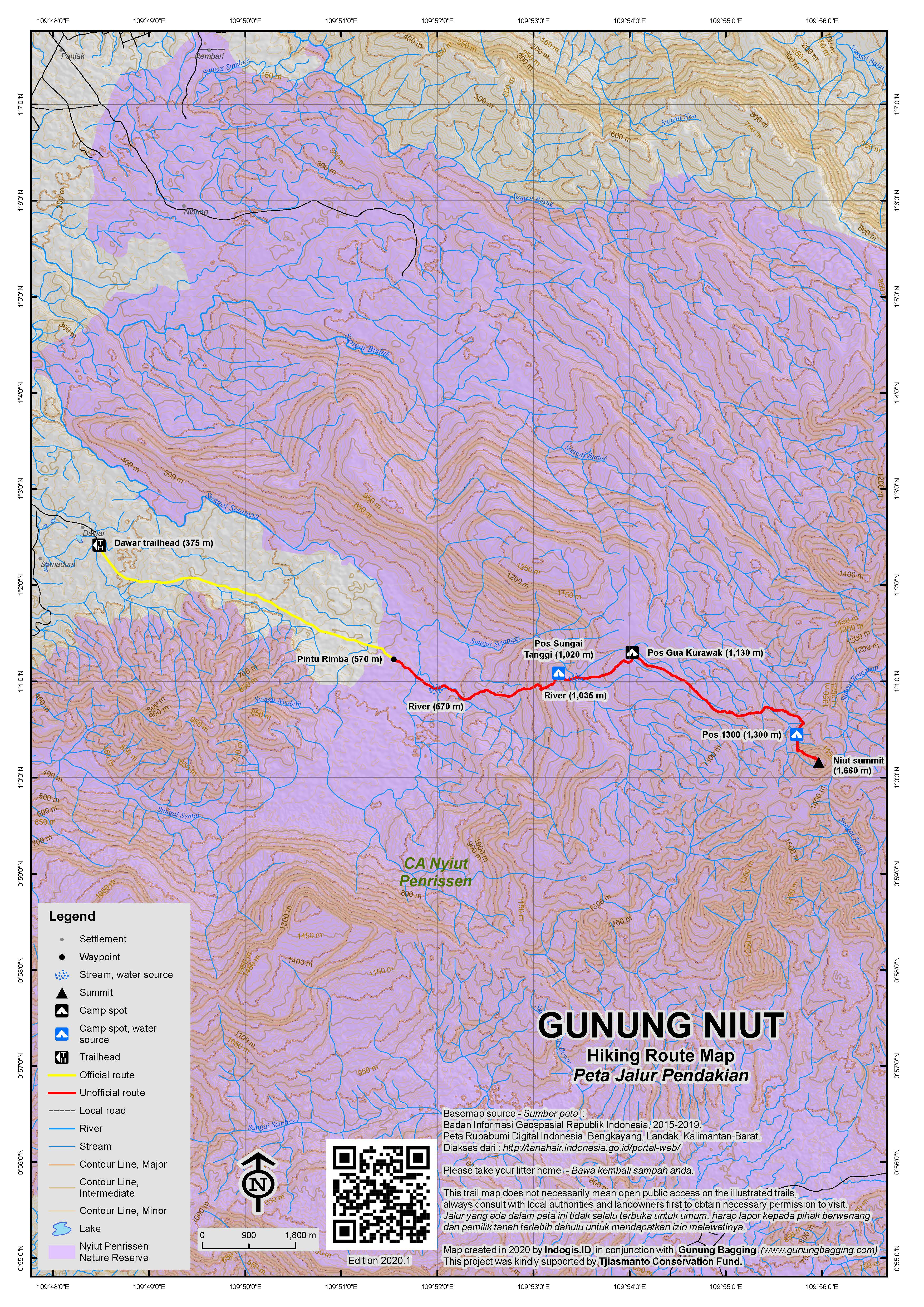