This is the highest point on the island of Buton/Butung and may be best known as Gunung Wani. Published elevations of 1,190m seem unlikely – probably under 1,100m. The Bakosurtanal map suggests a height of 1,063m and lists a lower peak around 2 kilometres to the north-east as being called Kabawo Wani with a heigh of 778m, which is probably the source of the name ‘Gunung Wani’. 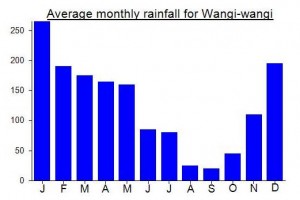