The summit is in dense forest so views are limited. Most hikers spread the hike over three days, with 2 nights spent camping at Kampung Rekom.

The hike could be combined with Ulu Sepat, but you would need 5 or 6 days in total. The combination trail leads northwest from Kampung Rekom via Kem Sungai Peres (1,105m), Kem Maggi (1,440m) and Kem Sempadan (1,685m). 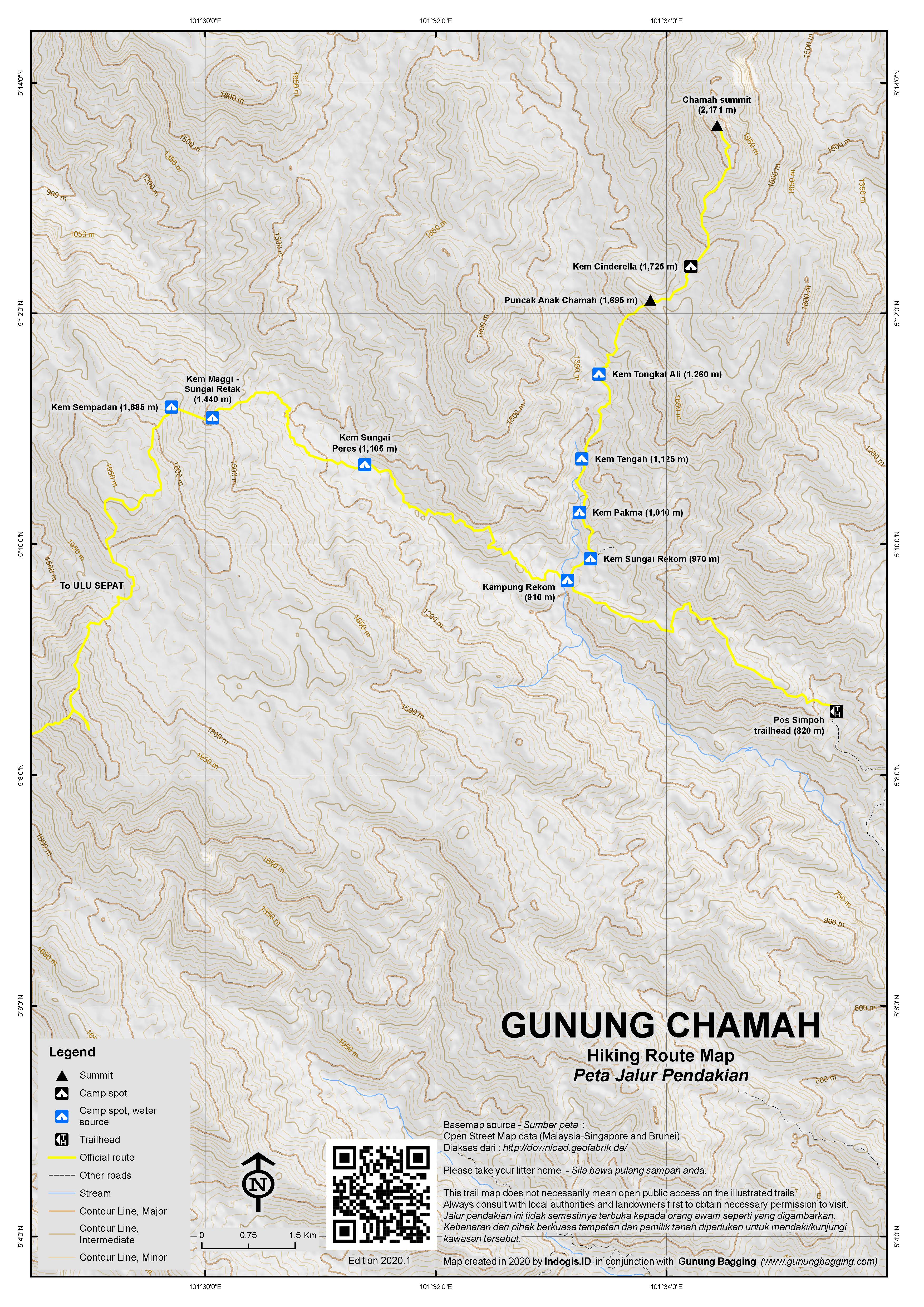