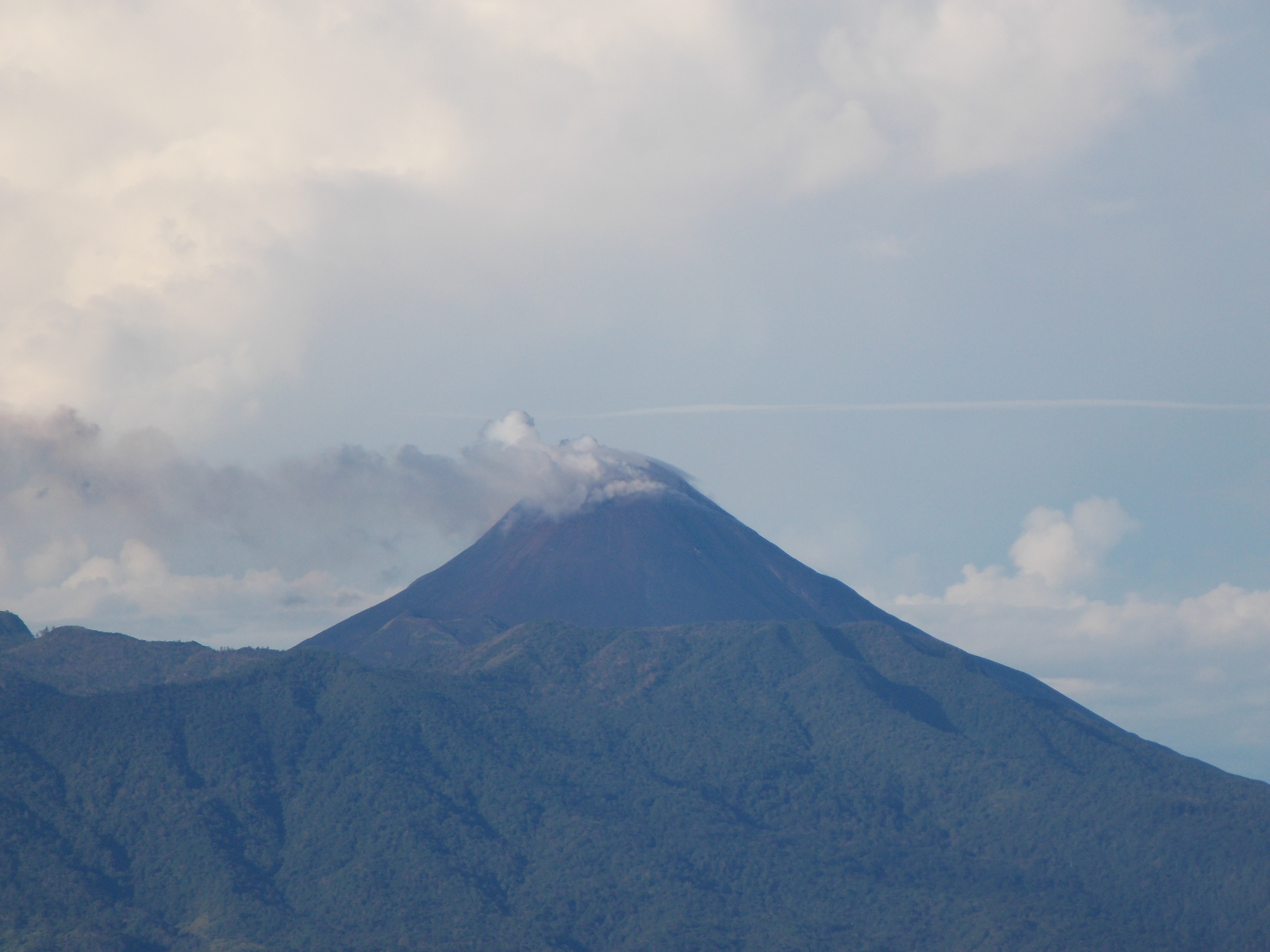 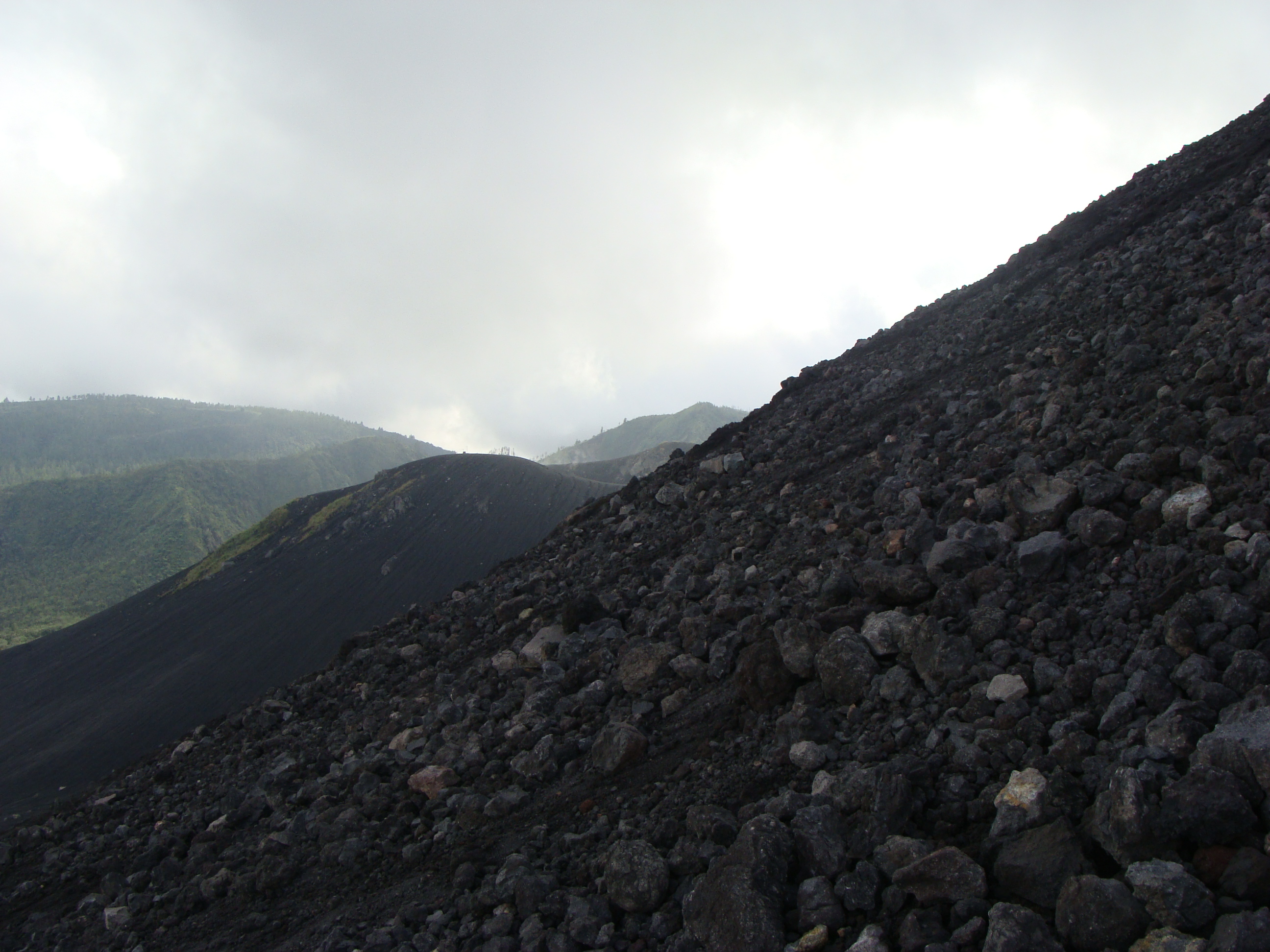 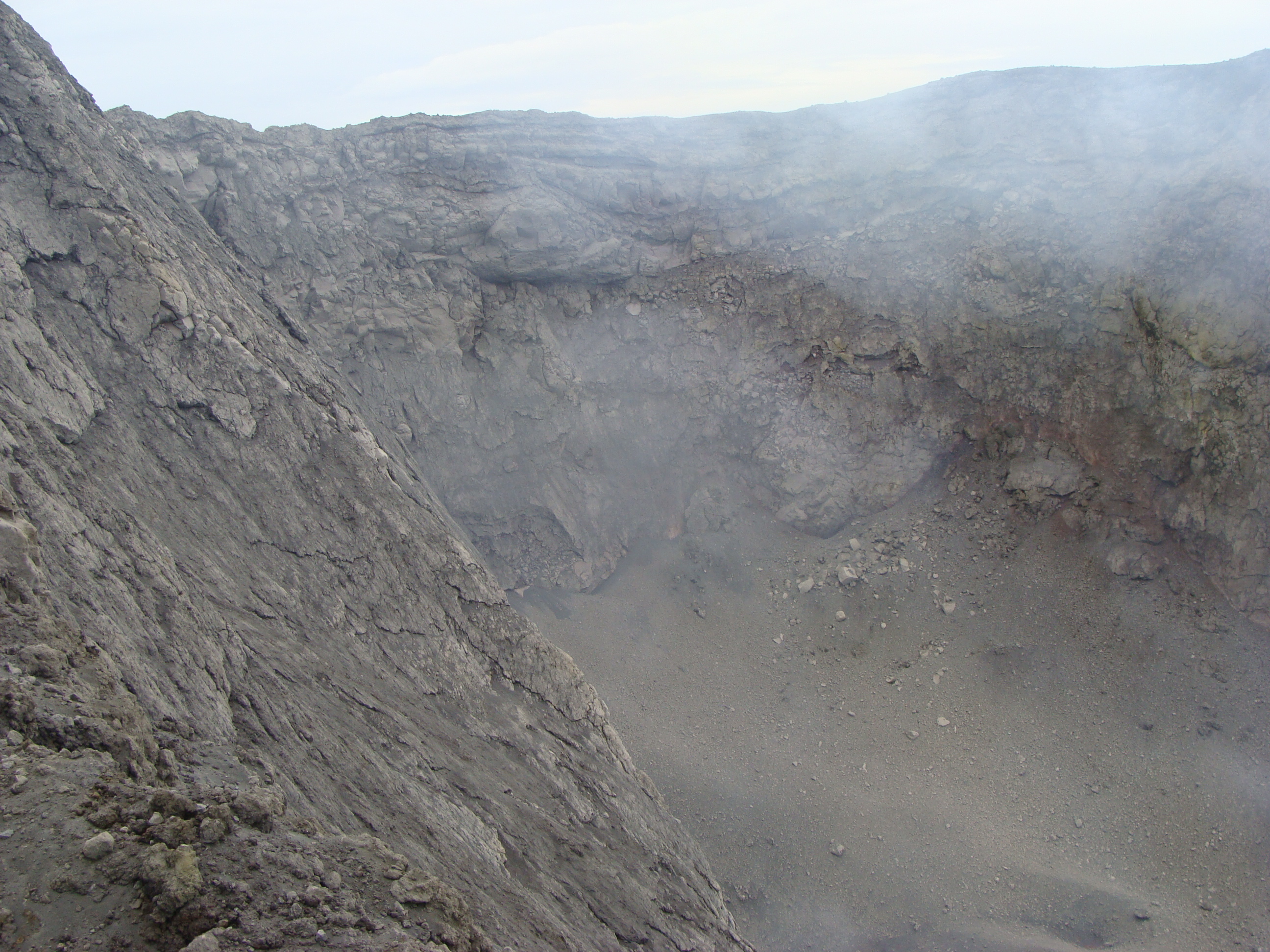 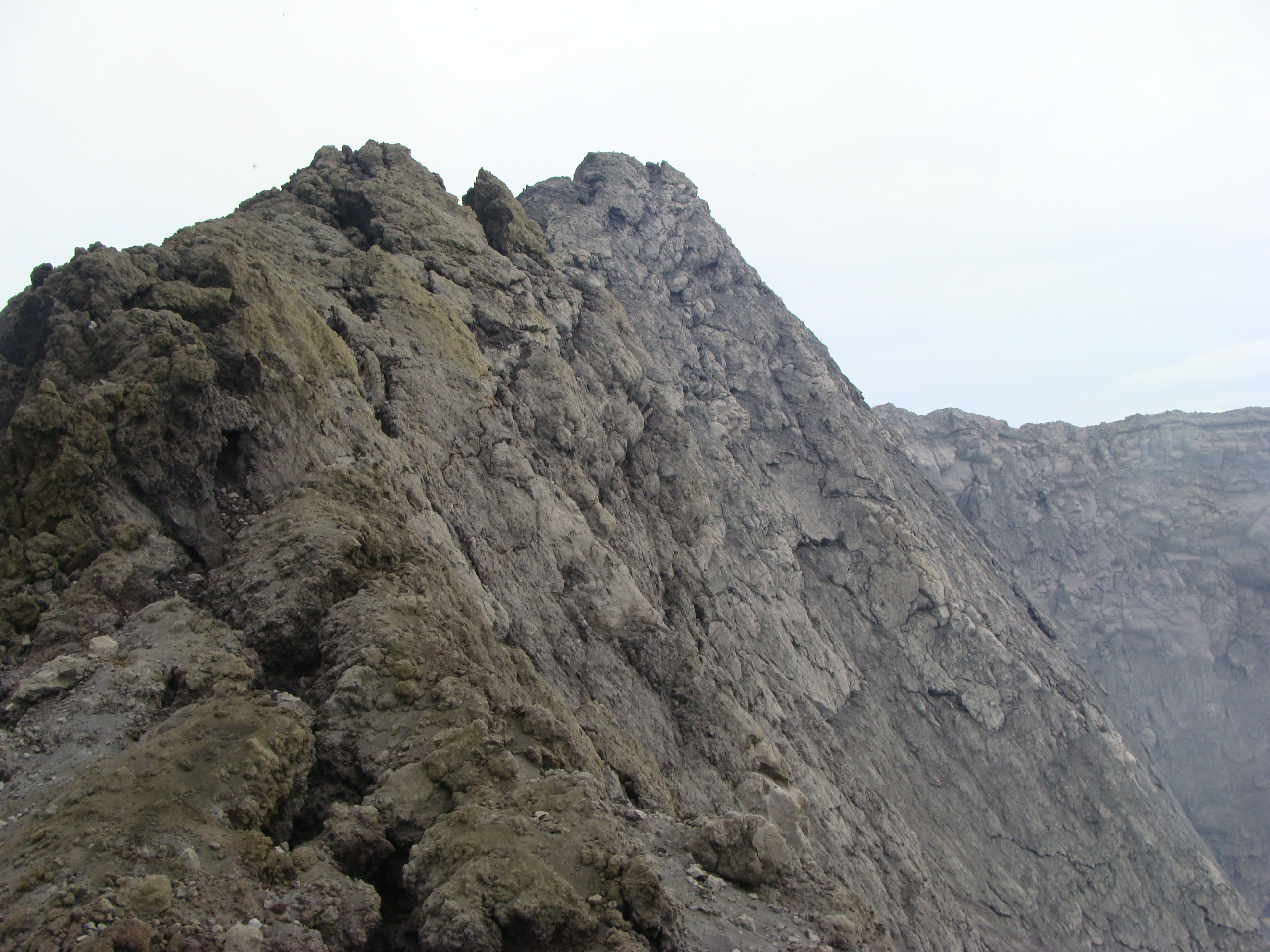 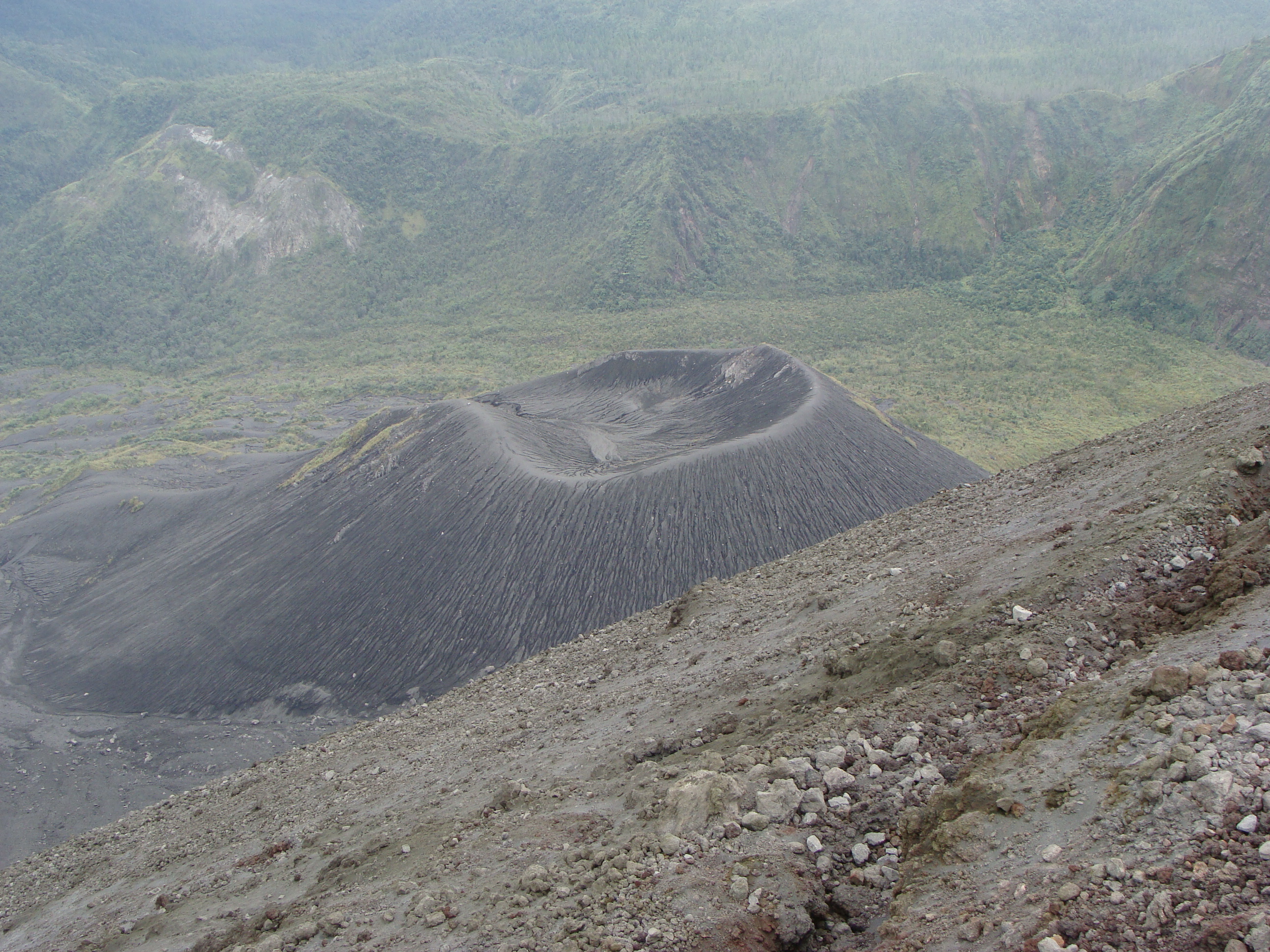 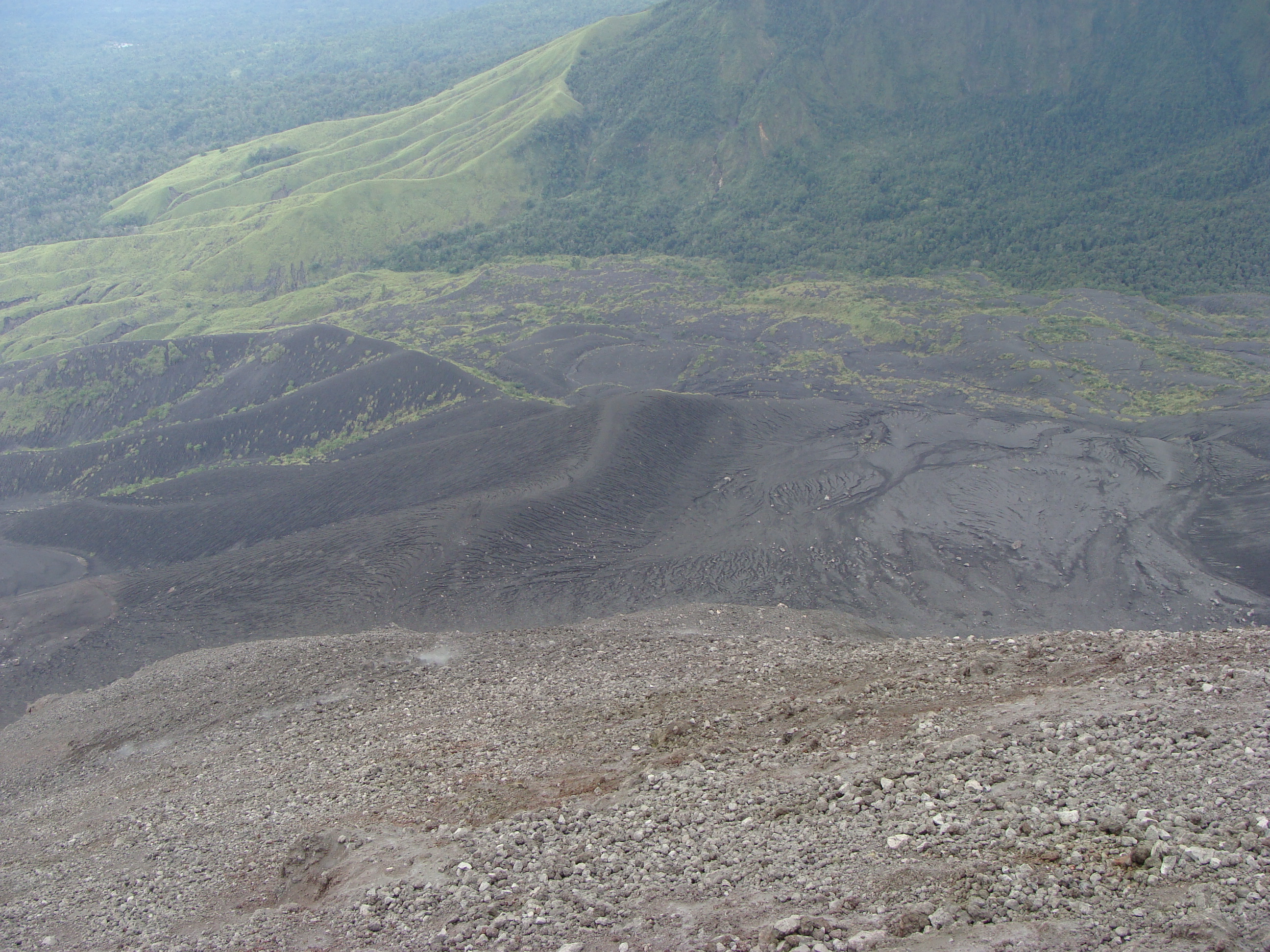 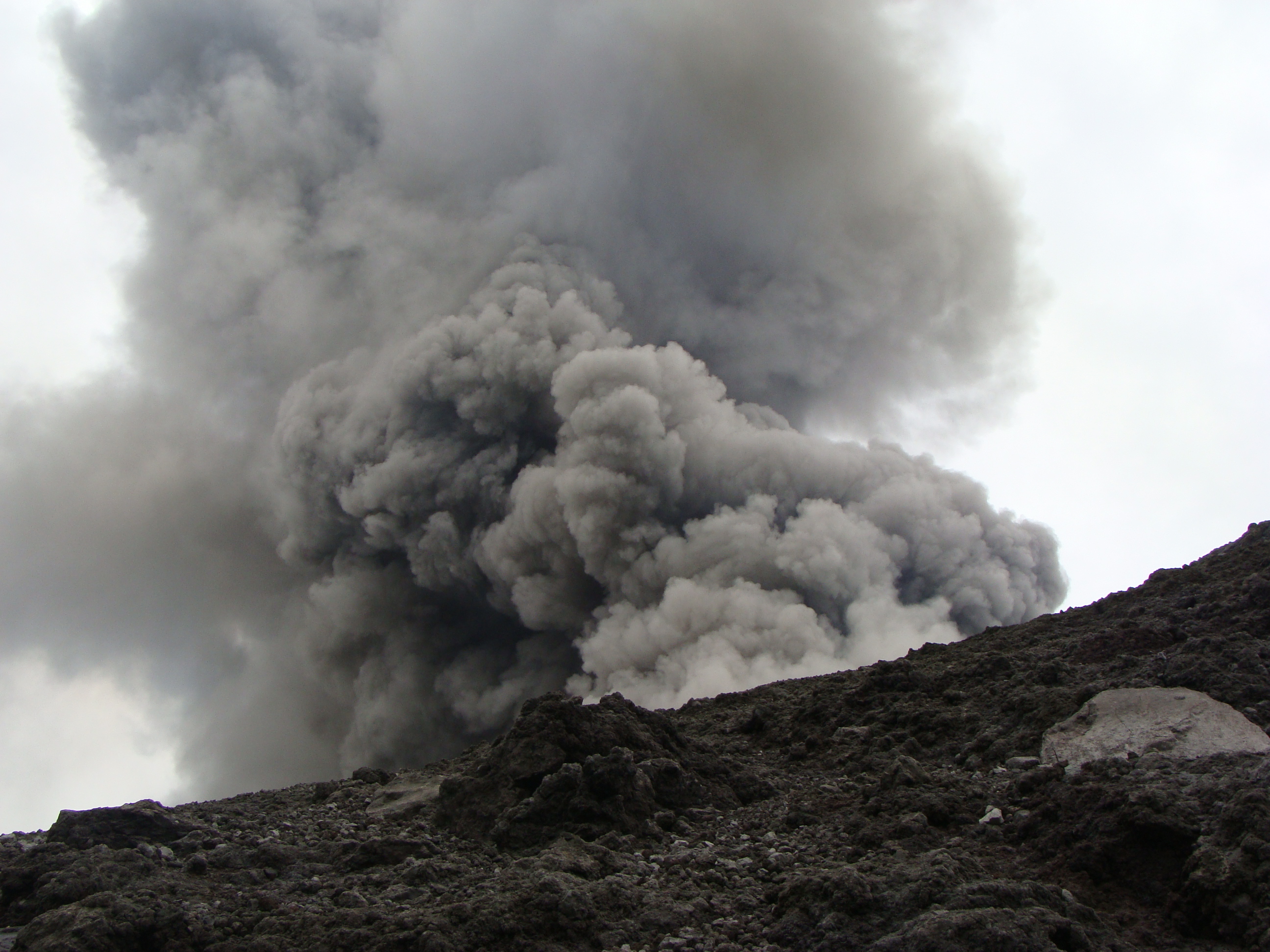 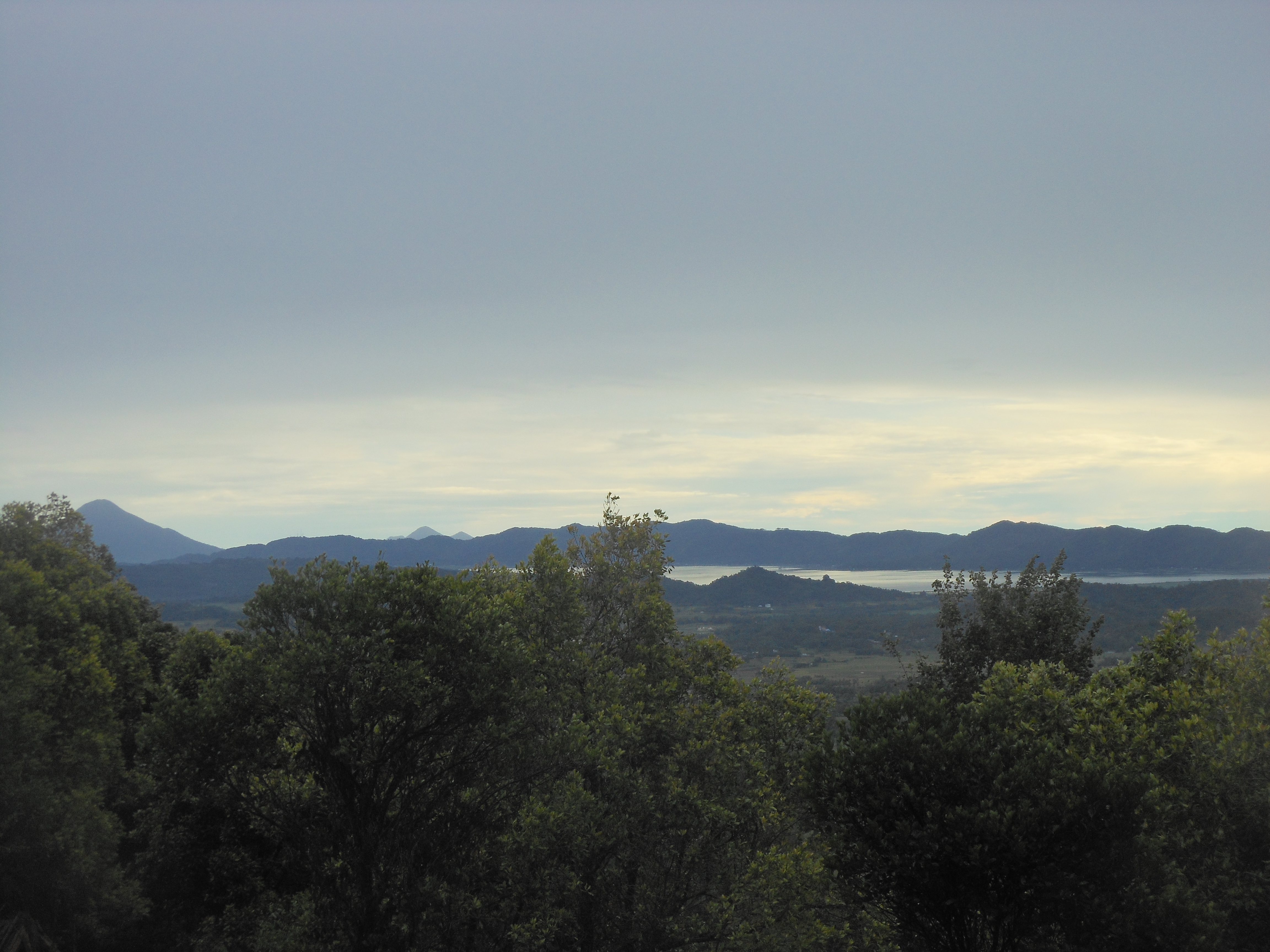 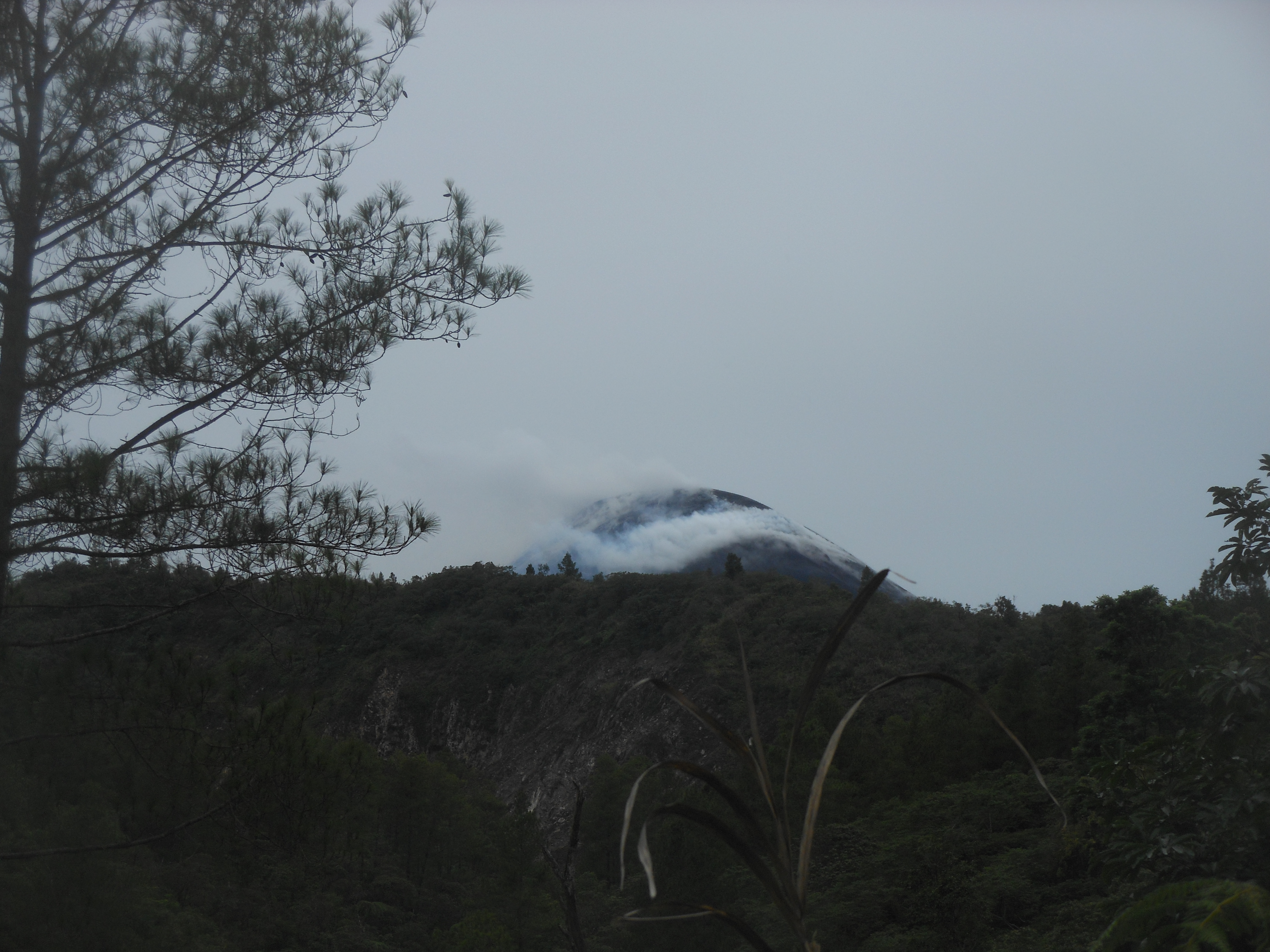 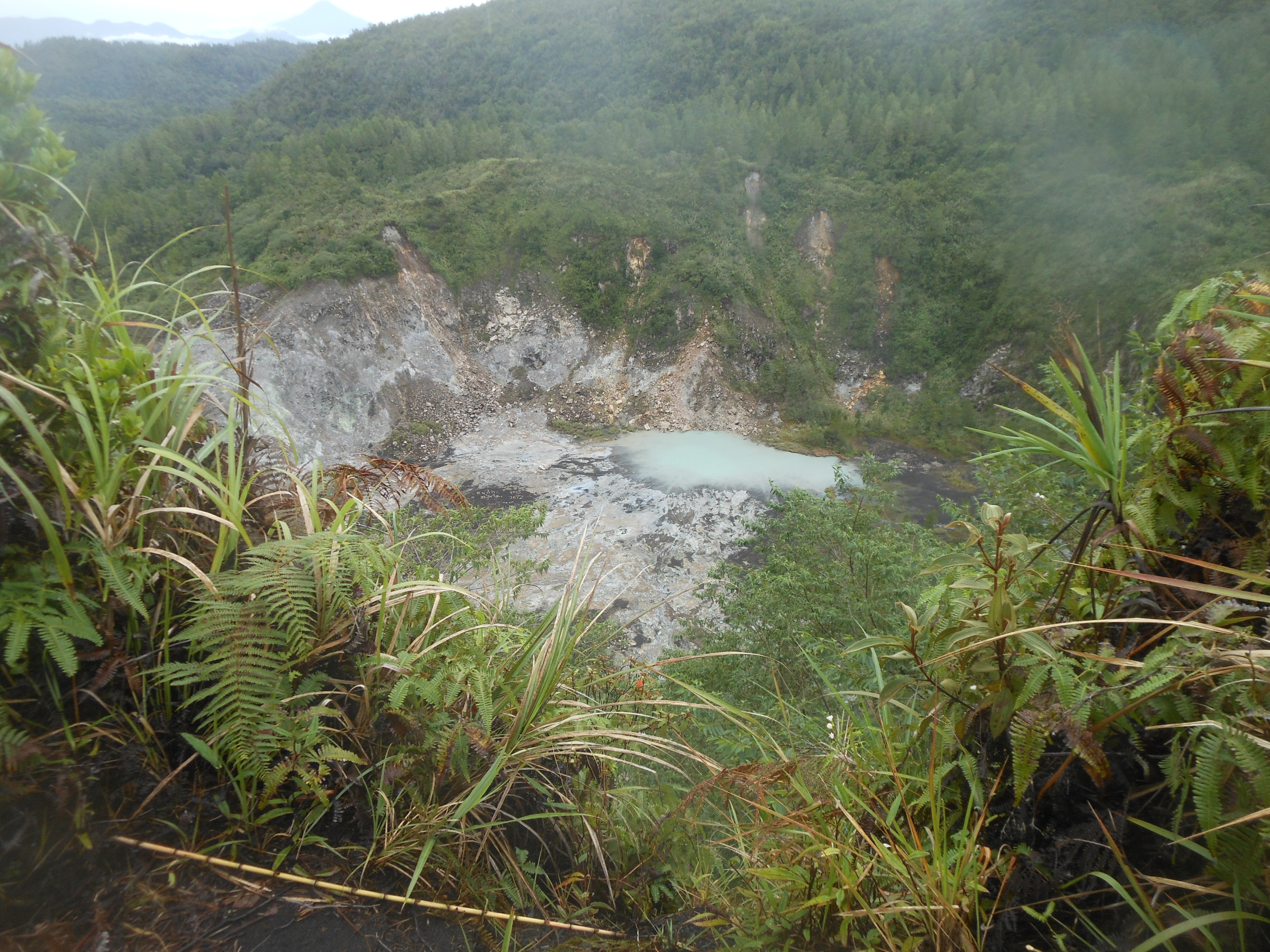 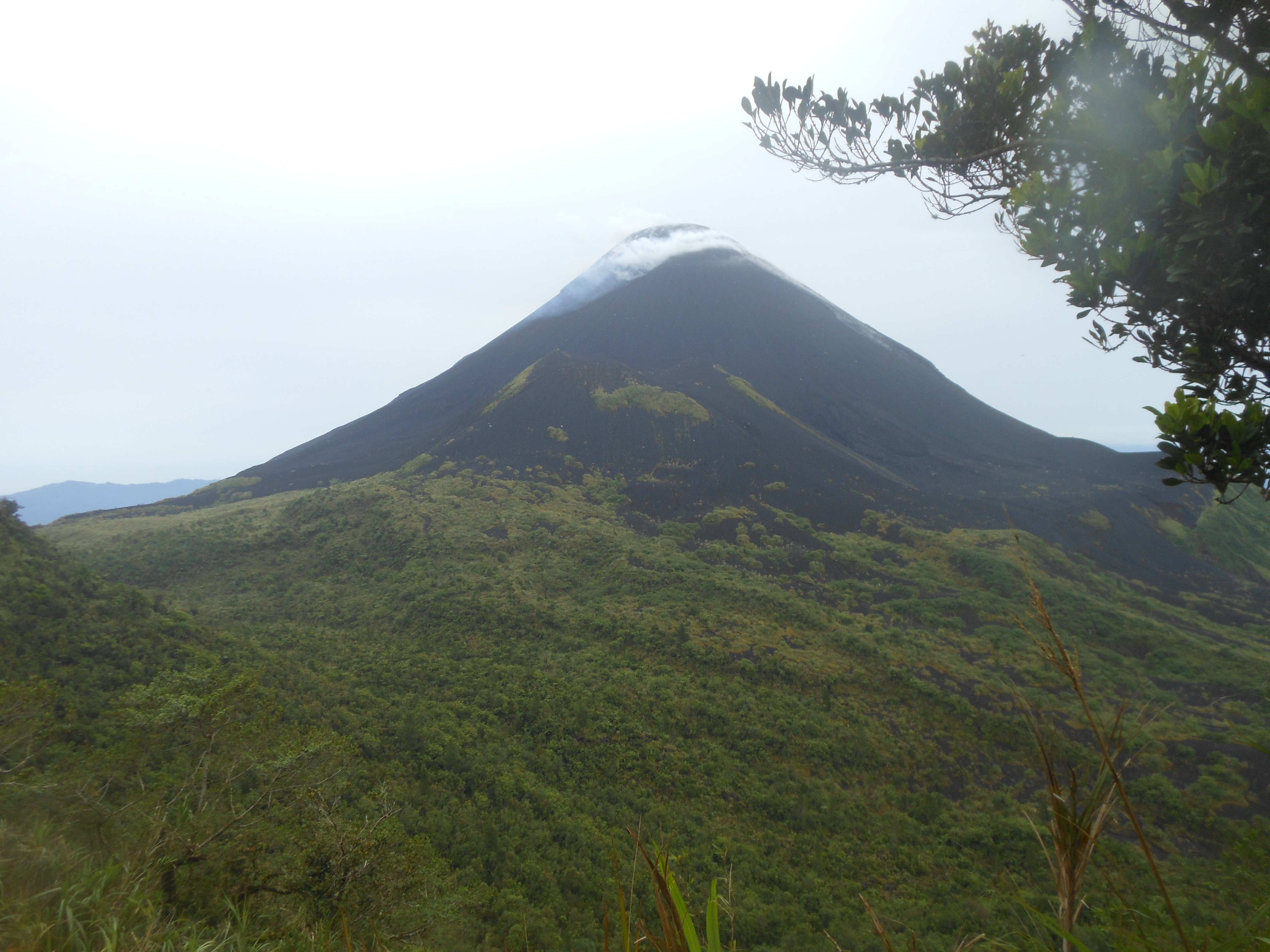 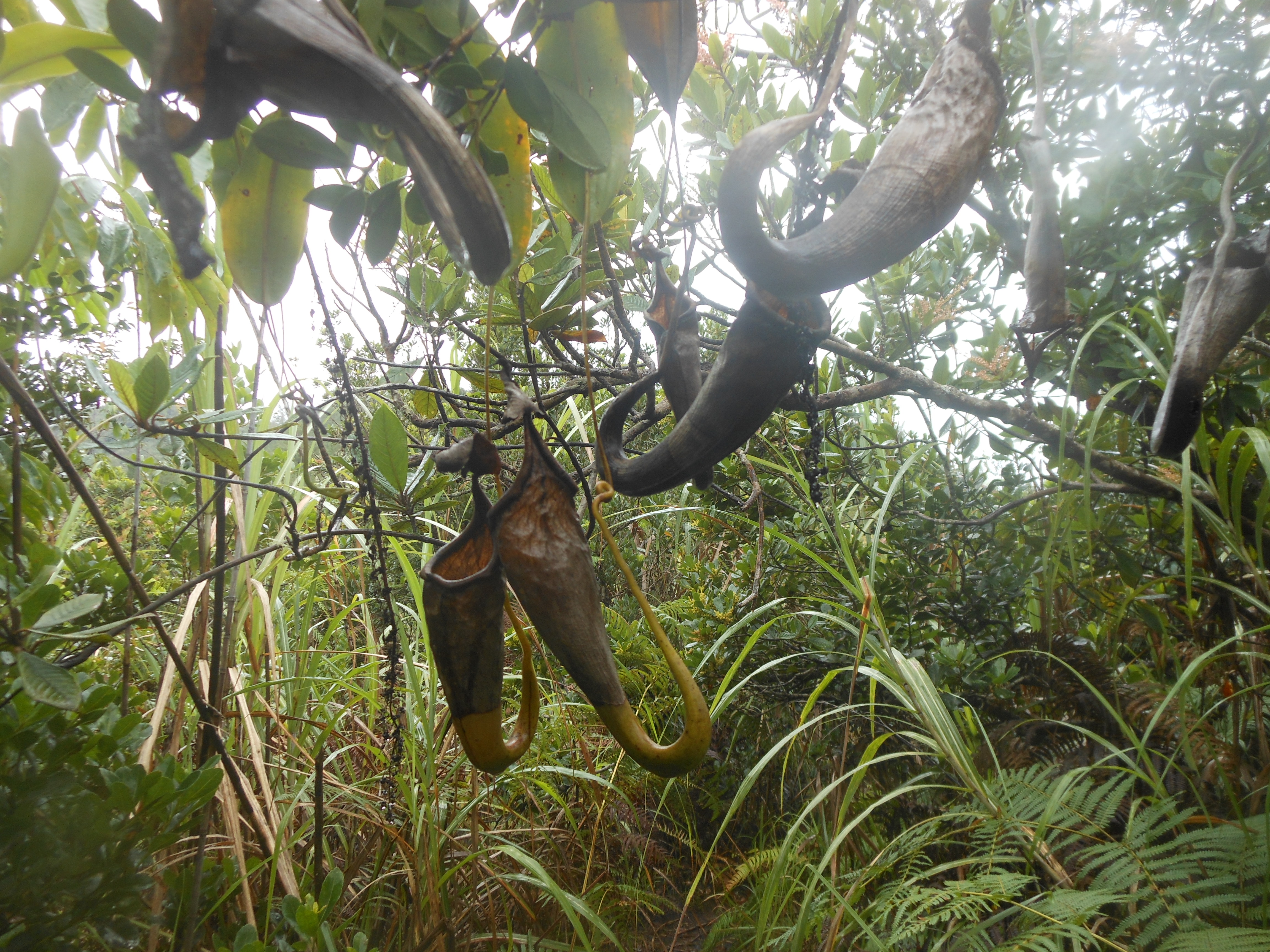 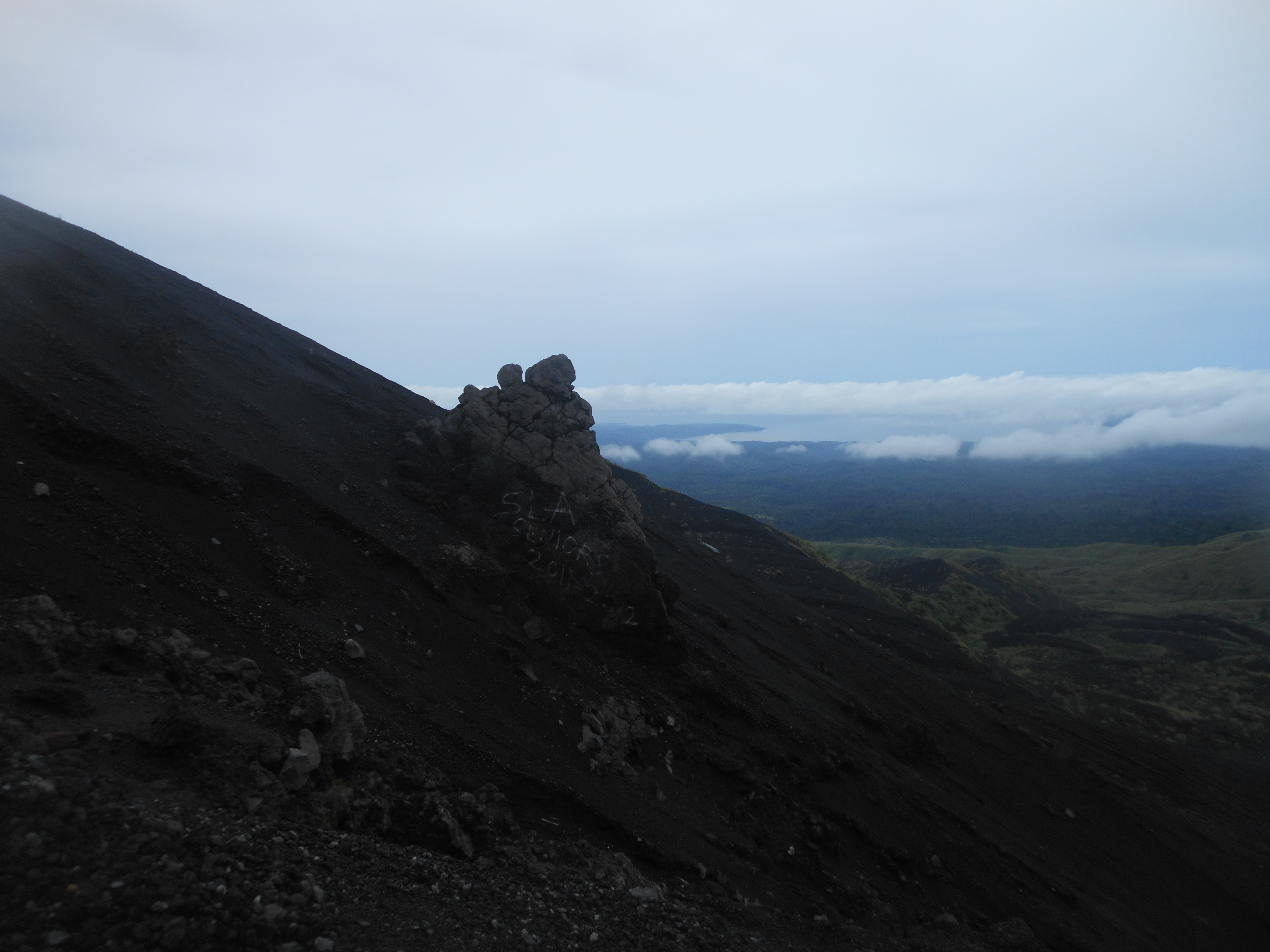 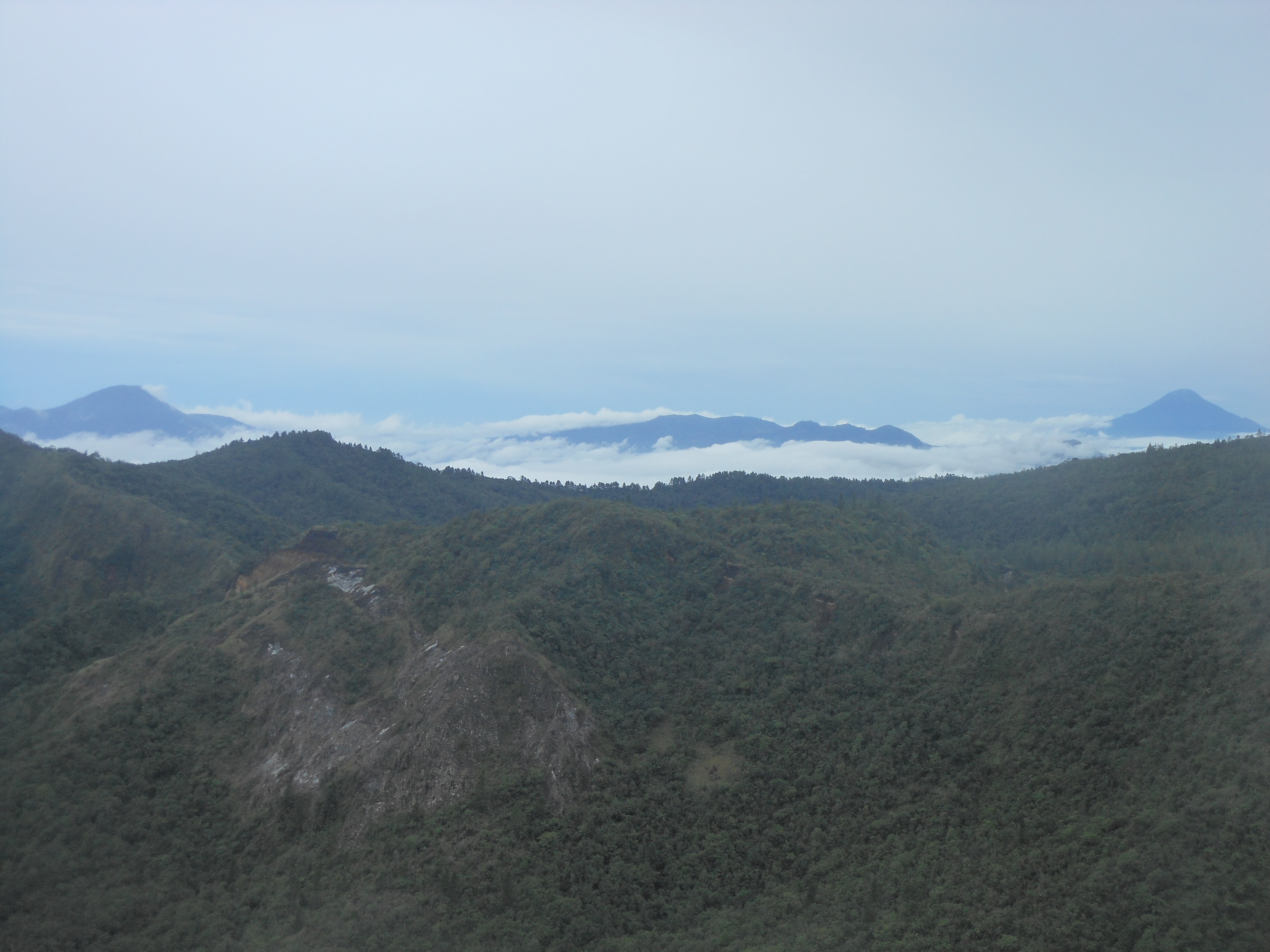 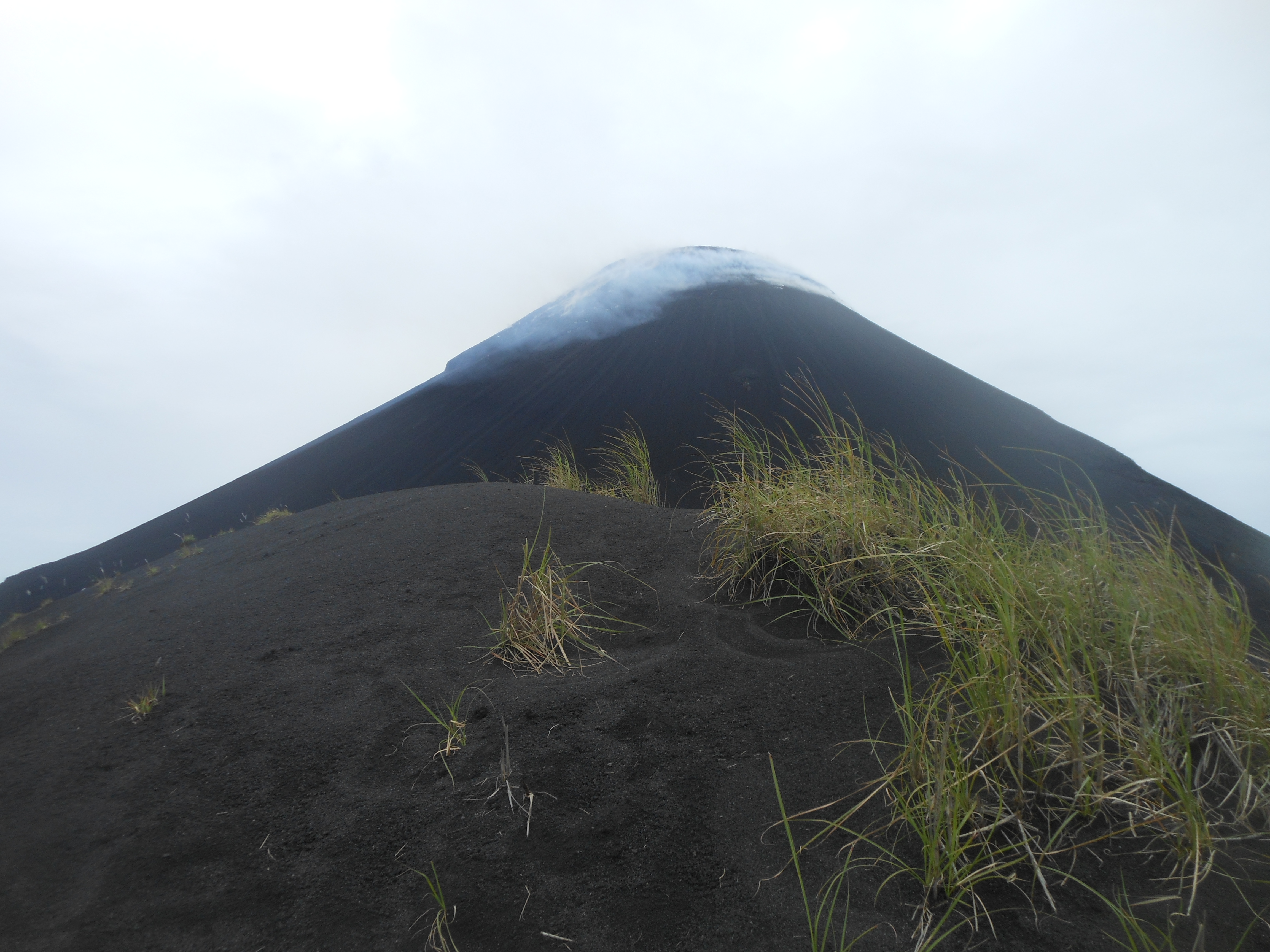 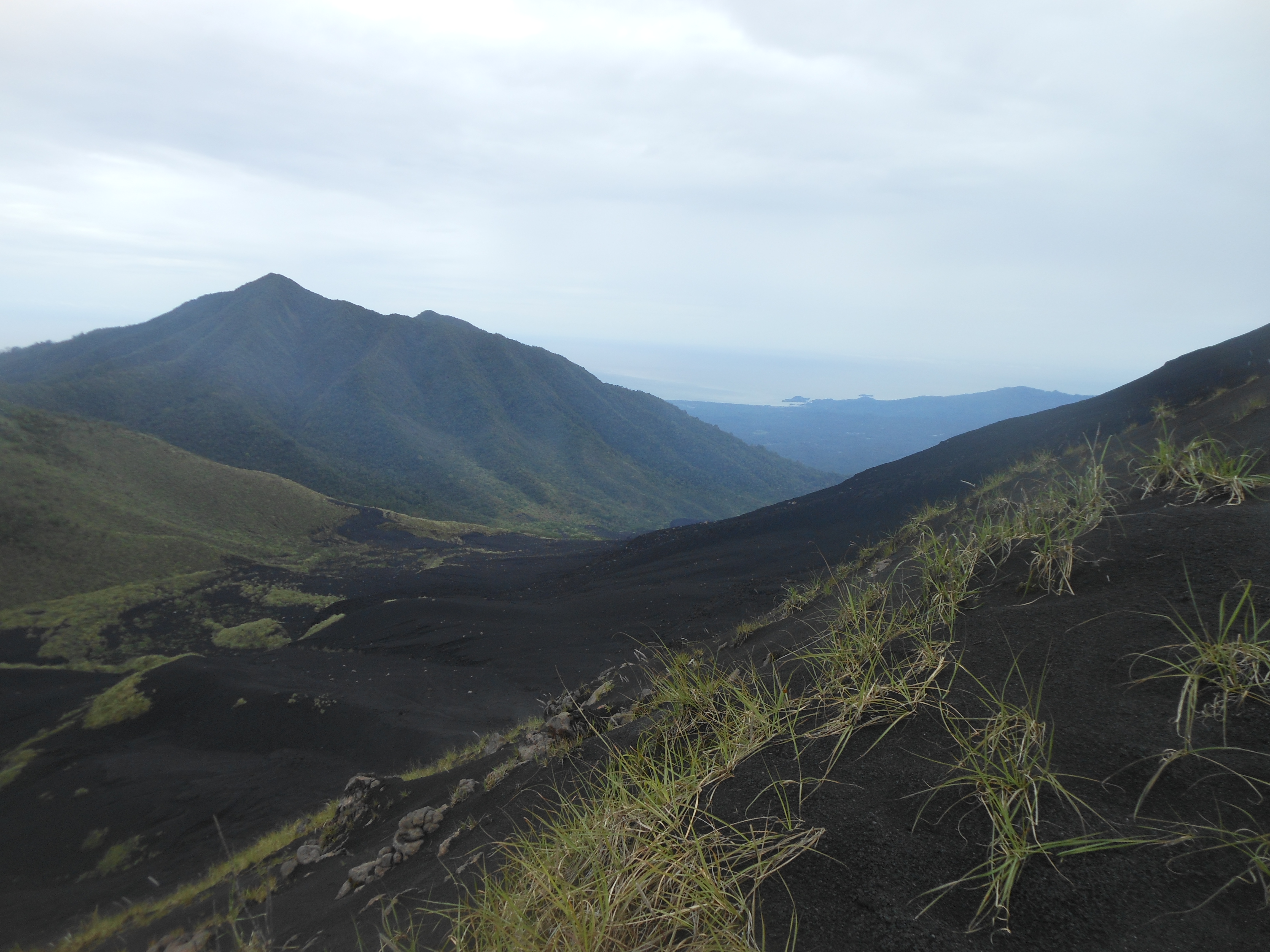 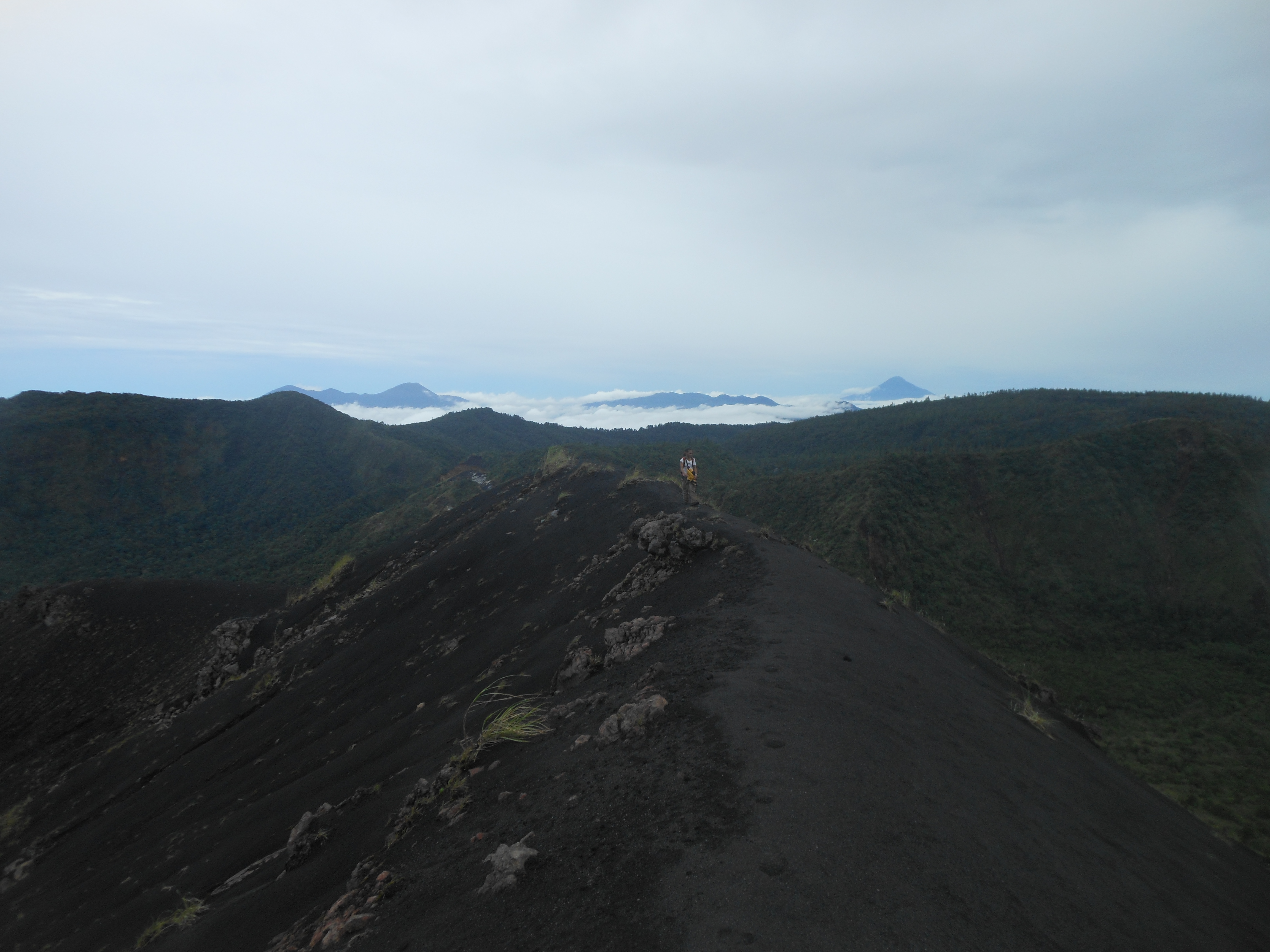 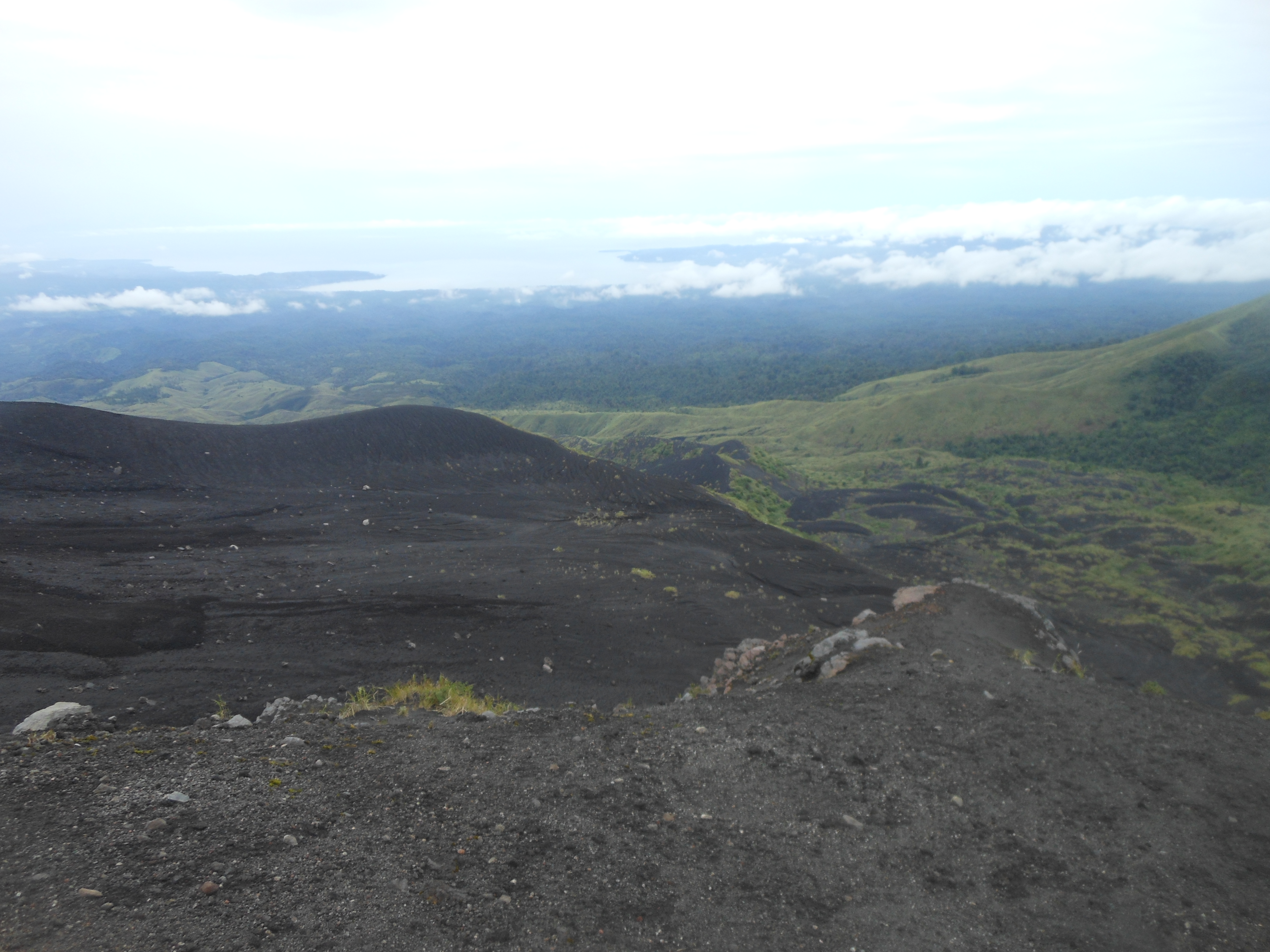 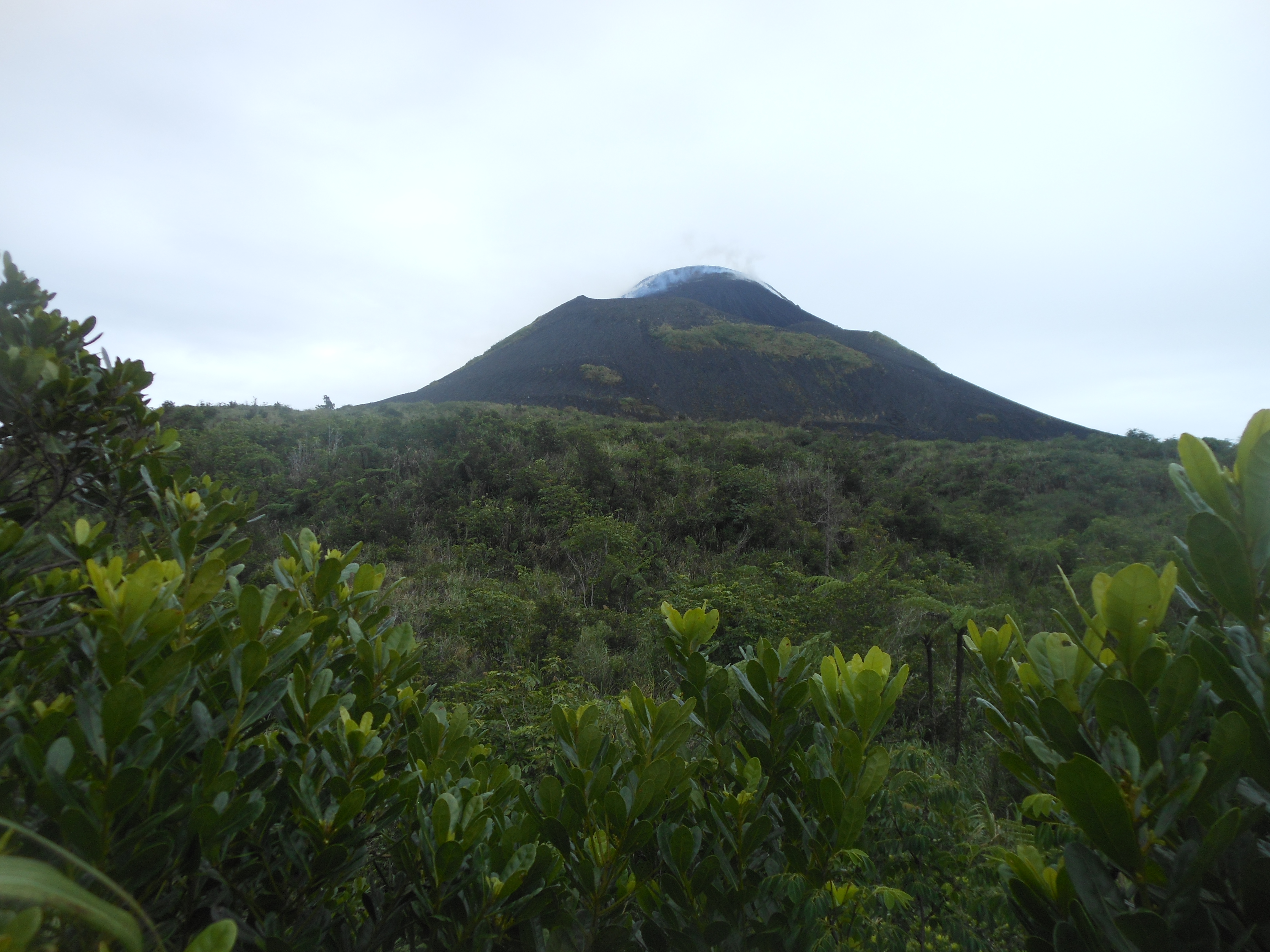 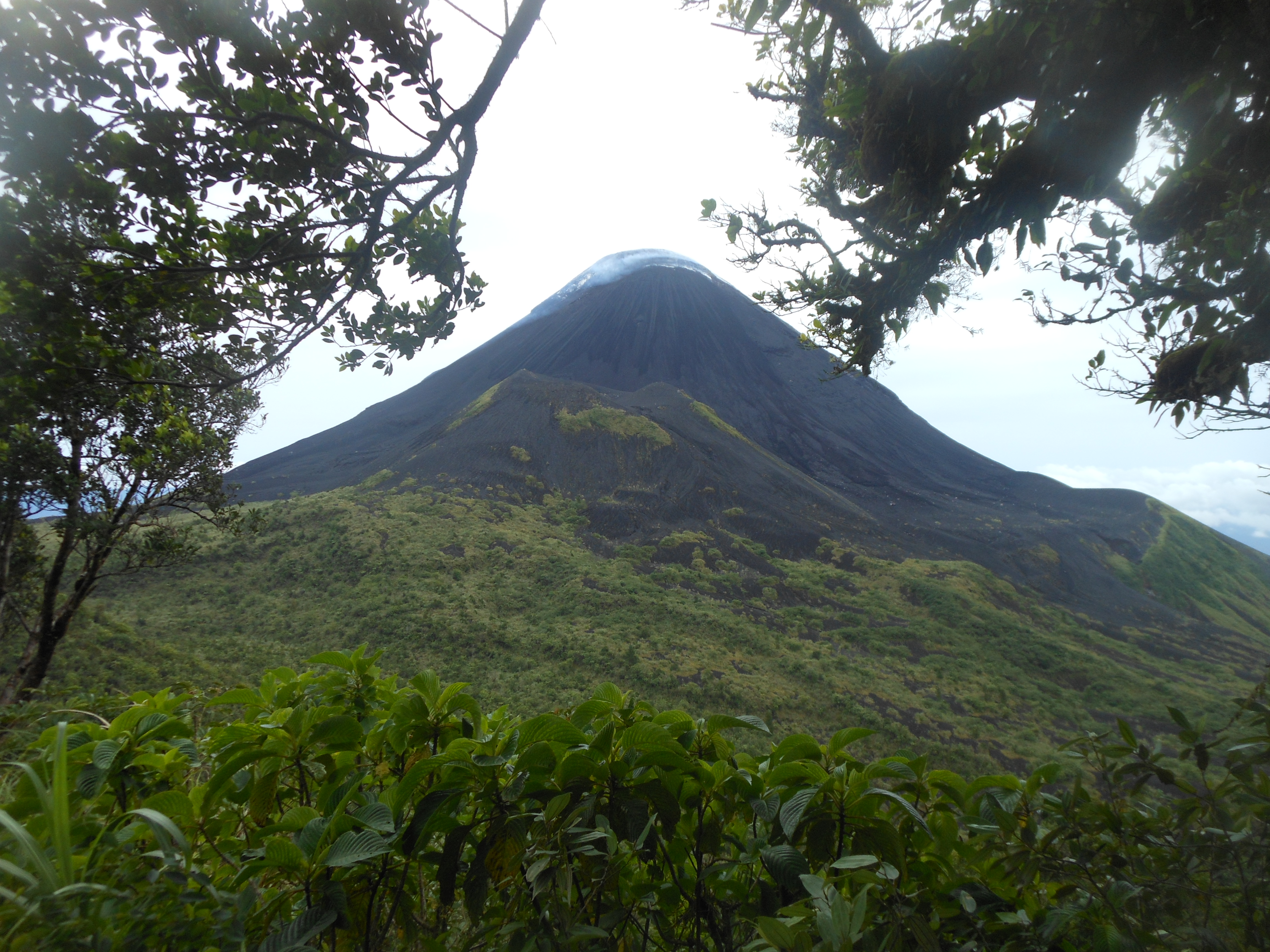 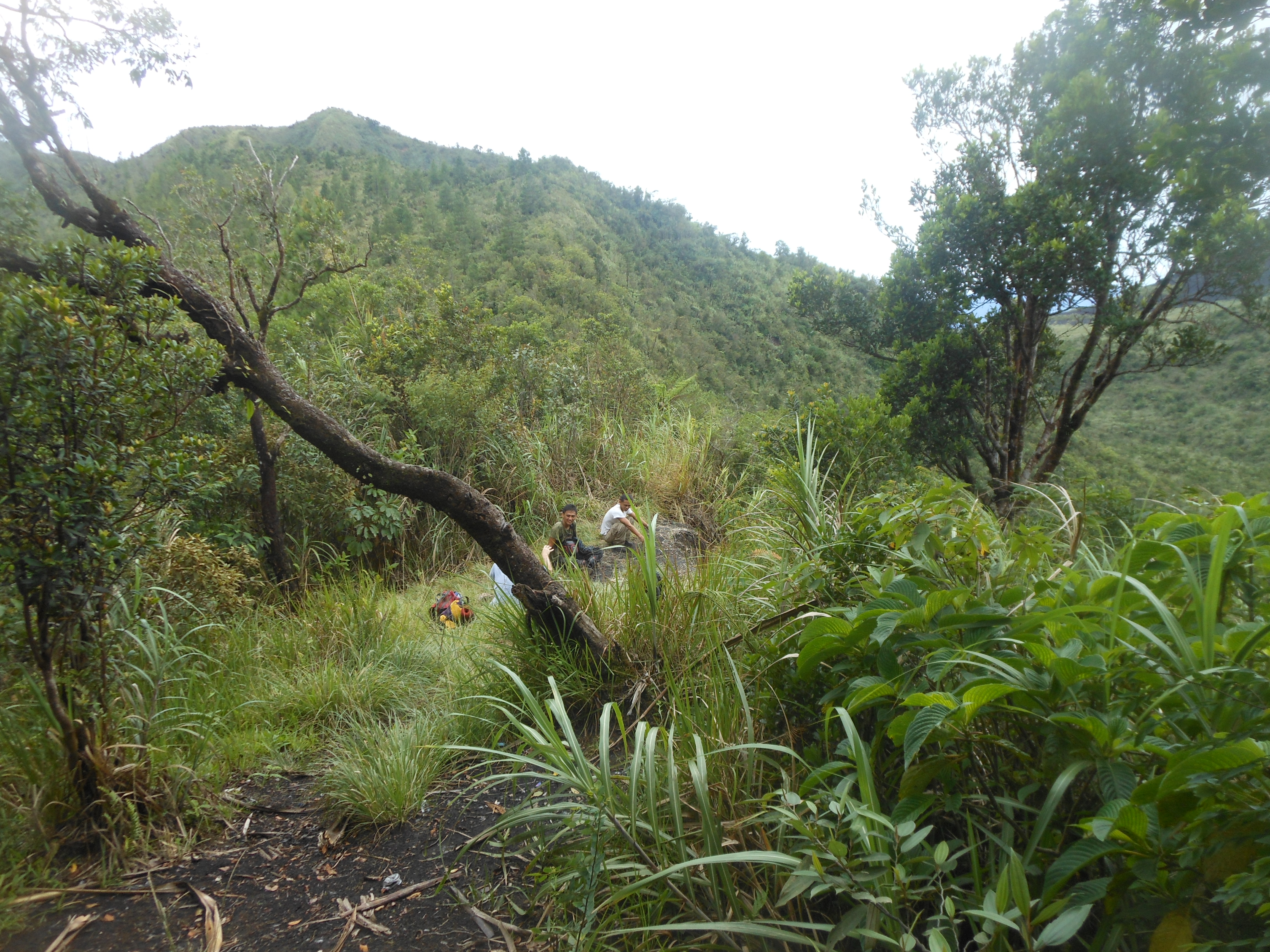 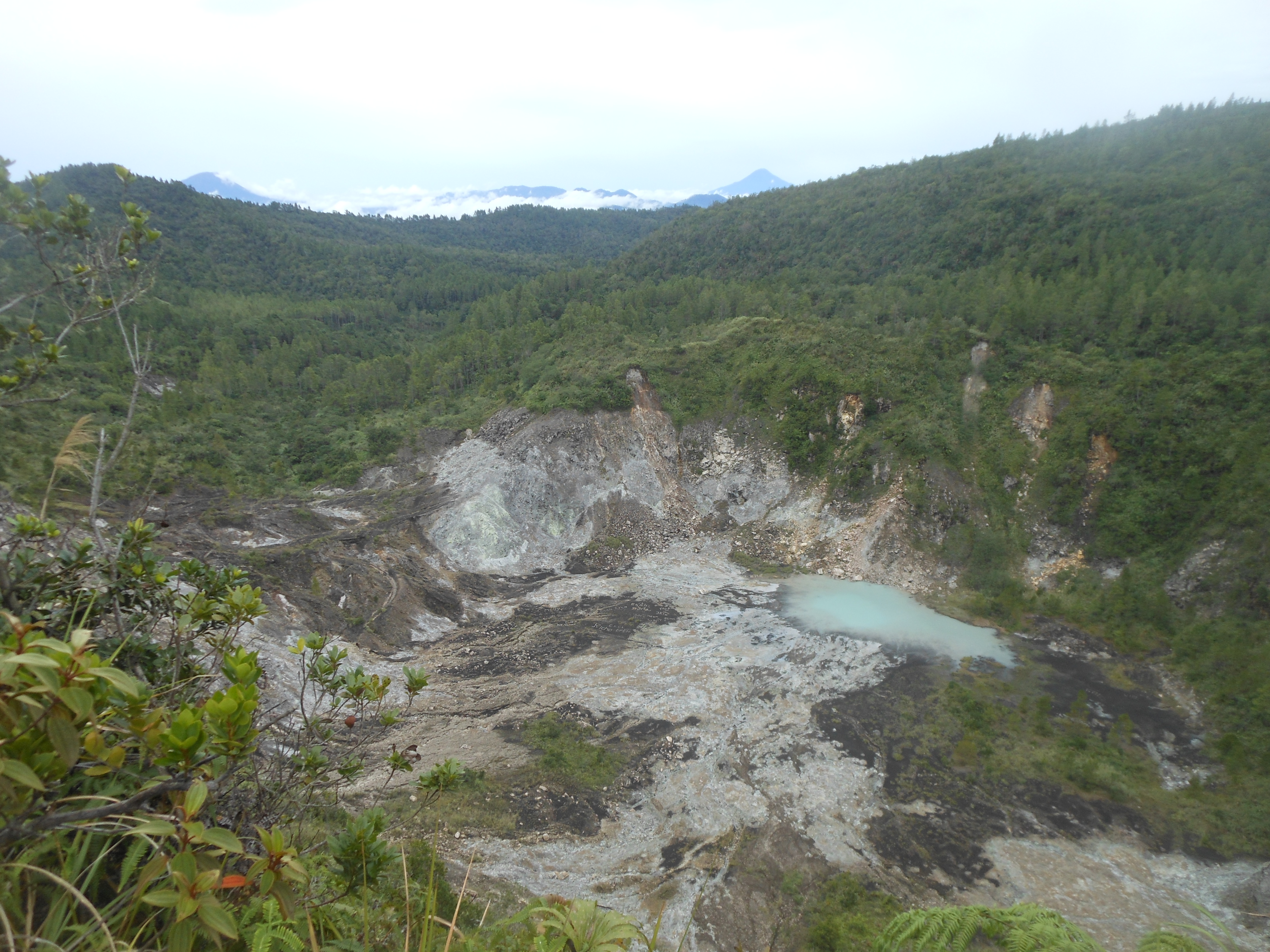 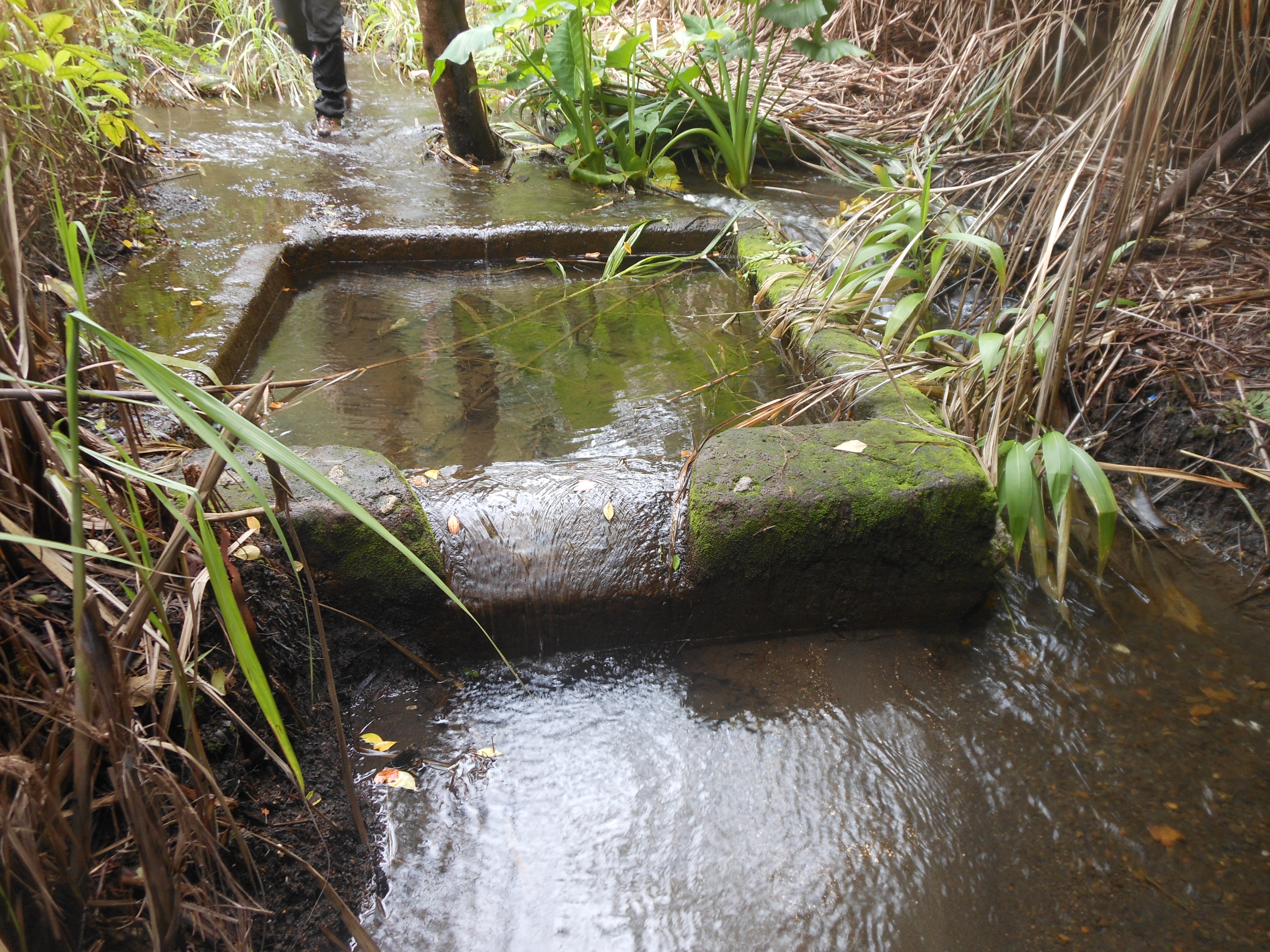 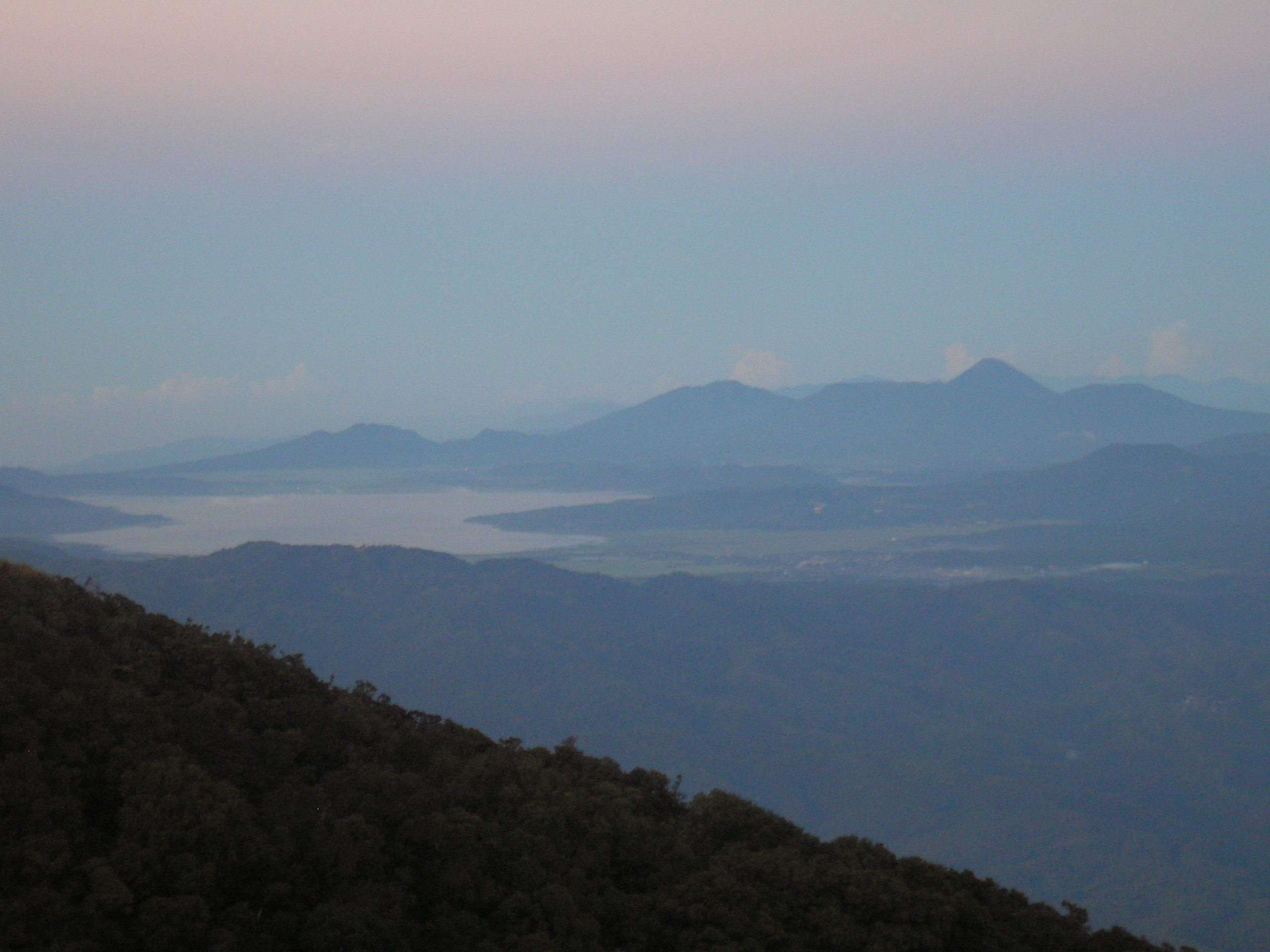 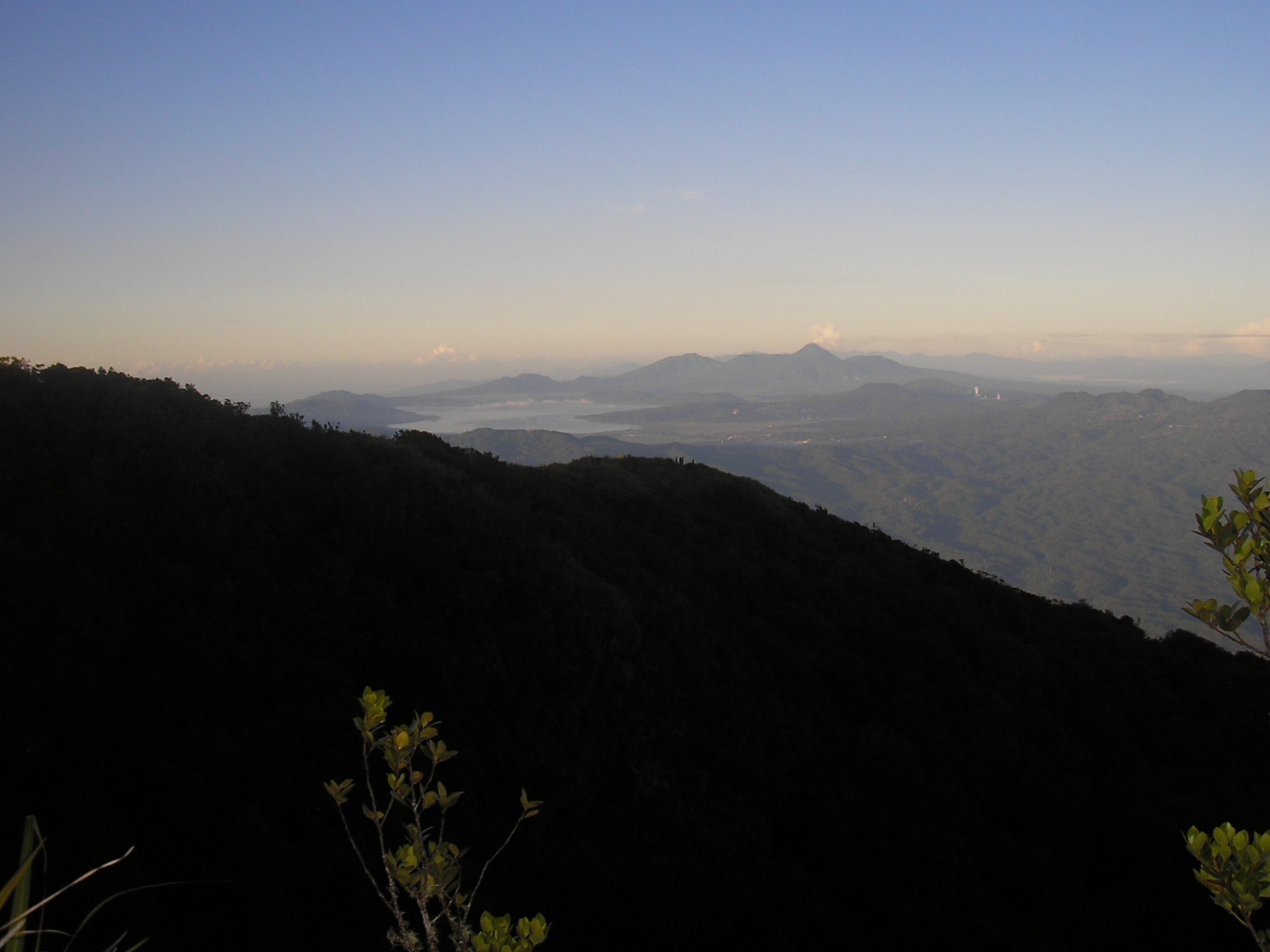 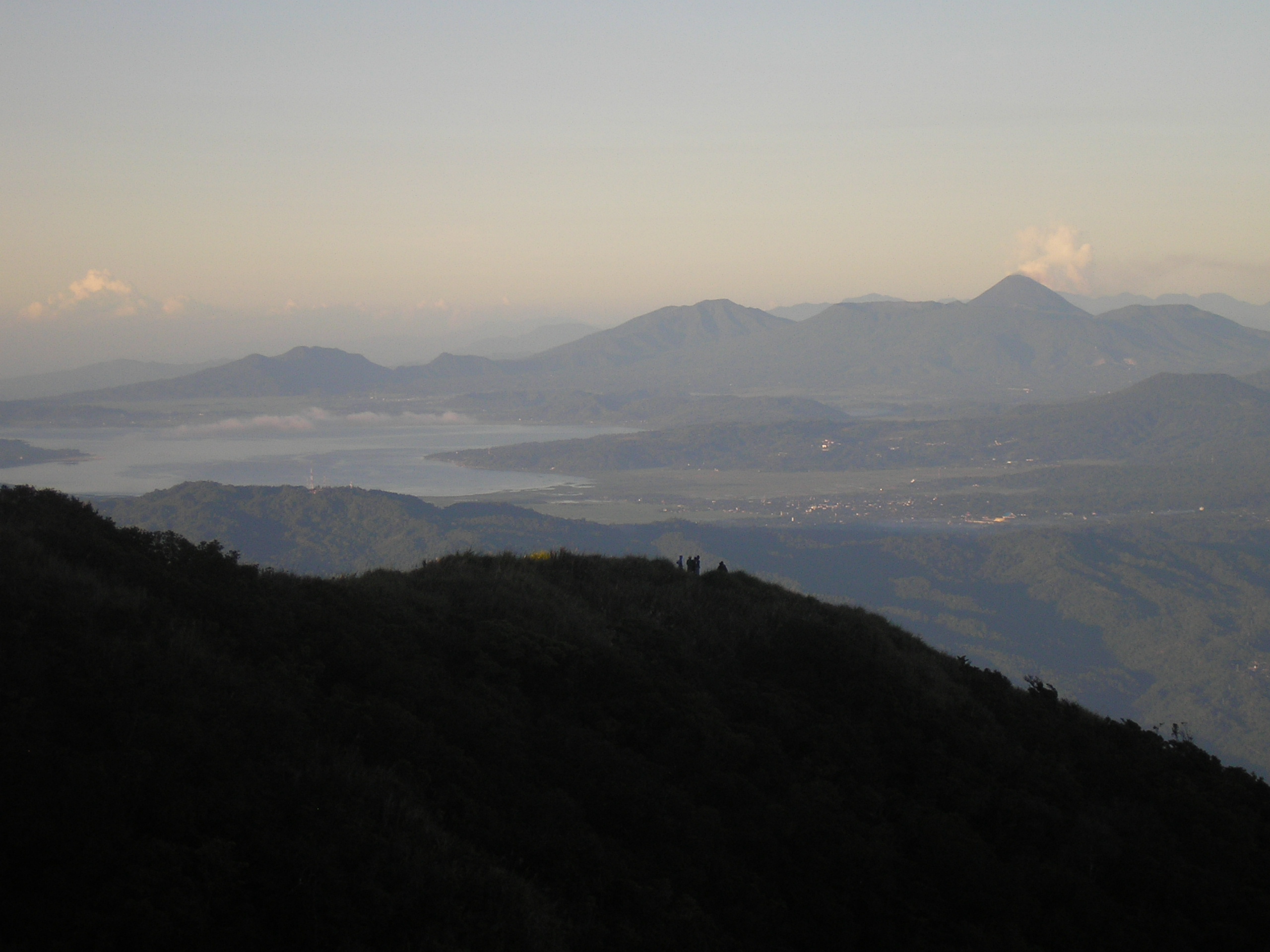 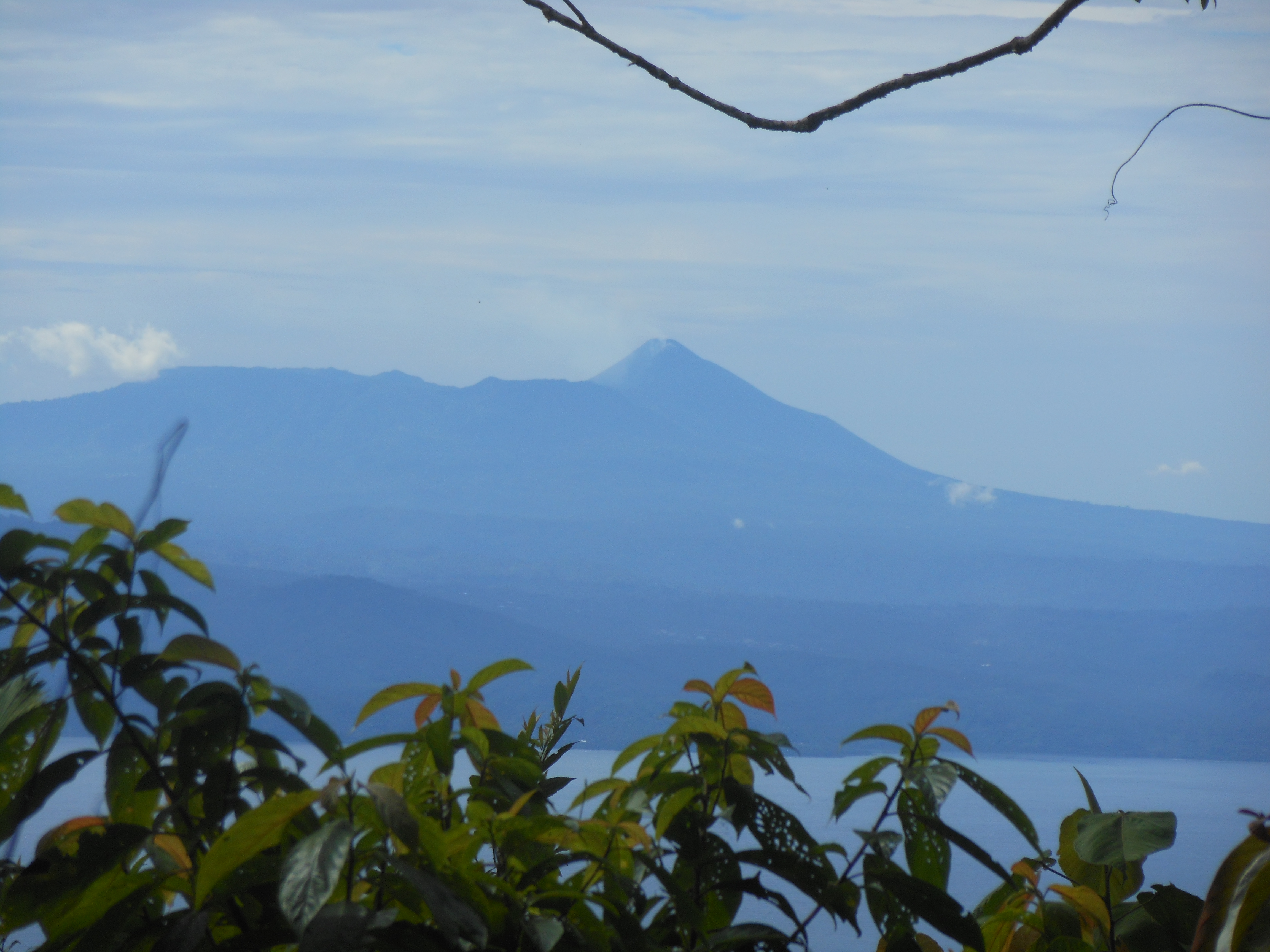 Soputan is an active volcanic system consisting of several mountains. It sits on the southern rim of the Tondano caldera and is perhaps the finest hike in North Sulawesi province. There have been numerous volcanic eruptions, and in the last decade or so Soputan has erupted on at least an annual basis. This means that it is often closed and hiking is sometimes only possible from Pinabetengan to the first crater because it is simply not safe to climb to the top of the cone itself. Pinabetengan is just over one hour’s drive from Tomohon. Buses run from Manado as far as Kawangkoan (2-3 hours) although most people simply stay in Tomohon as it is cooler and closer. Finding a local guide in Pinabetengan may be possible but it would be better to try to arrange it in advance. Note that there is another, slightly shorter, route up the volcano from Tombatu but the official route is the Pinabetengan one.

From Pinabetengan (800m) the wide trail leads up through open plantations and farmland with wonderful views of Tondano Lake and Gunung Klabat in the distance. After crossing a small stream, passing a small ‘pos’ in pine forest (1,200m) and then negotiating a landslide area, the trail turns quite literally into a small river and the smell of sulphur becomes more apparent. After twenty minutes of wading through the river you will reach a cement water pool which was apparently constructed in order to measure the height of the water to see if it was a sufficient source for drinking water in local villages. Unfortunately the sulphur content is just too high to be strictly safe. Beyond the river, the trail leads up to a lovely flat pine forest area known as ‘basecamp’ (1,326m) where hikers often camp. In terms of time this is not necessary, because if you climb very early in the morning with torches in order to enjoy the views from the top at sunrise then it can be done in one long day.  You should have reached the basecamp in under 3 hours.

At the basecamp you will be able to see the smoking cone of Soputan peak itself. It looks close but is actually still 4 kilometres away. Not far beyond the basecamp you will see an old, seemingly dormant crater down to the left (1,460m), with Lokon and Klabat visible in the distance in good weather. From here the trail leads to a brilliant little spot – a perfect viewpoint (1,470m) for the steep summit. If you want to camp and only need space for one or two tents and don’t mind a rather sloping surface then this is by far the best choice. Look out for the carniverous Nepenthes plants in this area.

After the fine viewpoint, the trail drops down about 100 metres or so before you find yourself on the edge of the black volcanic sand (1,400m). Take plenty of suncream because there is, of course, no shade on the higher slopes of the volcano. There are actually two peaks here…. the ‘anak’ (child) and the ‘induk’ (mother). The induk is the true summit which may not be accessible but the smaller induk is usually possible to climb. It takes about half an hour to reach the top of the ‘anak’ (1,590m). Here you will be rewarded with great views to the coastline, Klabat and Lokon in the distance, and Gunung Sempu, a forested nearby peak. There is a volcanic sensor on one side of the ‘anak’ and a nice little loop can be done before descending back down.

Should the volcanic activity be low enough to make a ‘summit attack’ possible, then expect to spend at least another 2 hours scrambling up what appears to be Sulawesi’s answer to Semeru. Two steps forward and one step back. It may actually be easier to climb to the true summit from the far side. As time goes on, this final ascent gets a little harder because apparently the cone is growing in size. You should allow 5-7 hours in total for the outward hike (depending if you want to try for the true summit) and 3-4 for the return.

Public transport in Pinabetengan is not common so it would be a good idea to arrange a pickup in advance. 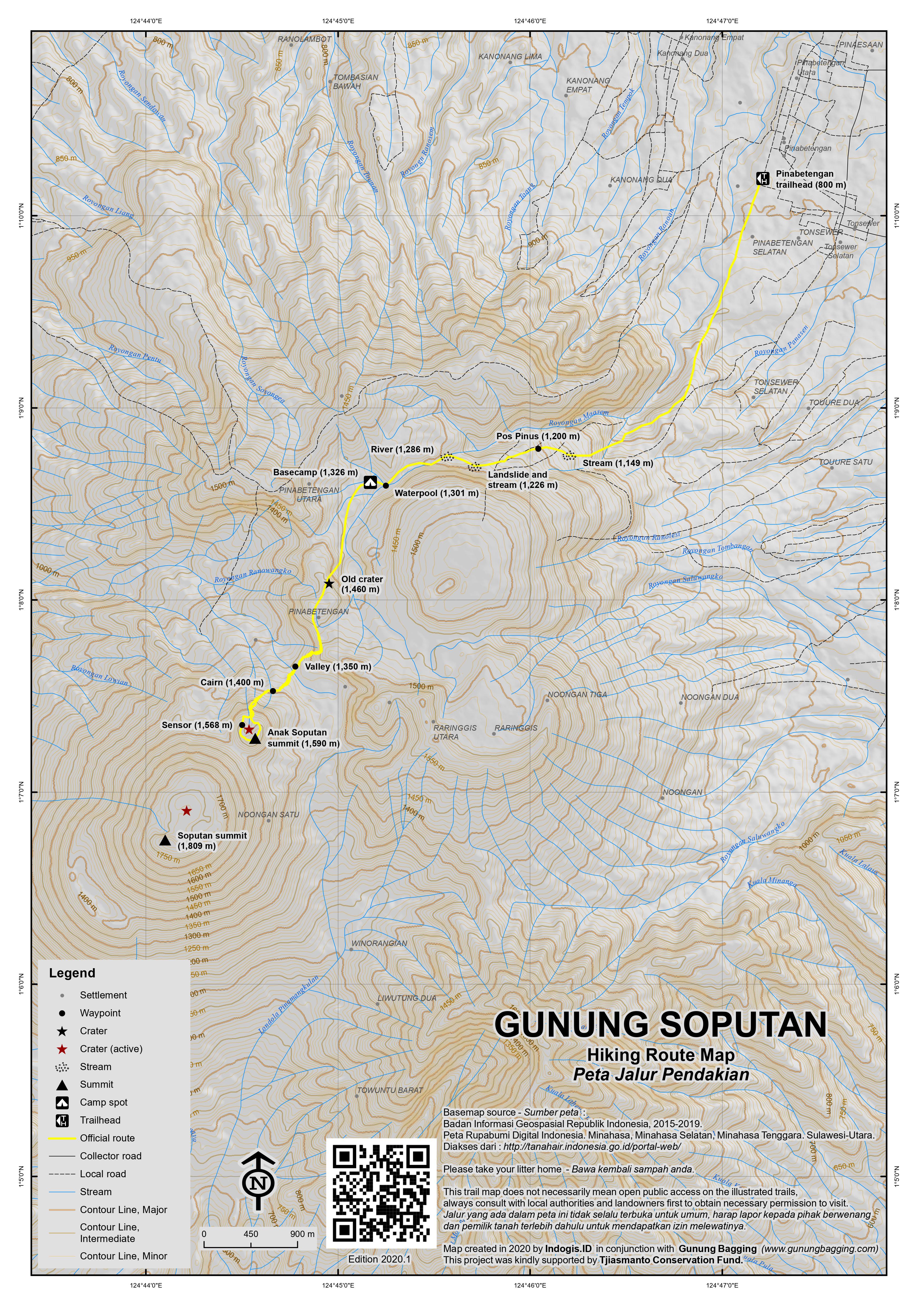