Bukit Pagon (‘Pagon Hill’) is moderately famous for being the highest mountain in the small country of Brunei. In recent years it has been climbed on several occasions, always from the Malaysian (Sarawak) side using the many logging roads for access. Access from the Brunei side is not possible for ordinary hikers as it is surrounded by protected forest. The pitcher plant species Nepenthes lowii grows on the higher ridges.

There are actually two peaks around 500 metres apart – a northern one on the border between Malaysia and Brunei and a southern one entirely in Malaysia. The northern one (1,850m with a prominence of only around 70 metres) is the highest point in Brunei and as such has been the target of most hikers in the past, specifically those trying to reach the highest point in every country. It features a summit pillar and apparently also a metal ‘beirut’ which are much more commonly seen in Peninsular Malaysia compared to Borneo. Previously, this national highpoint could be reached in one long day via logging roads in from Limbang, usually with a camp the night before somewhere near the logging roads.

Any local guides will think a hike to Bukit Pagon means a hike to the northern peak. But, as it turns out, the southern peak (entirely in Malaysia) is actually higher (1,875m according to GPS readings by Eric Gilbertson in 2019) so we have listed this mountain in Sarawak. Very few hikers have visited the true, southern, summit, and guides will not expect that you want to reach it unless you specify very clearly in advance. It is estimated to take around 1 hour each way between the two different tops, mainly because there is no clear trail.

Eric Gilbertson’s 2019 report on his Country Highpoints website suggests that the traditional access route to the northern (borderline with Brunei) peak is much trickier, with the logging roads having fallen into disrepair. So he and his co-hiker decided to attempt the hike from the south-west from logging roads in from Lawas via Merarap hot springs. Visiting both peaks on a route without an actual trail took them over 12 hours from the nearest logging road despite being only just over 2 kilometres as the crow flies, and is therefore perhaps not recommended. An easier route would surely be the traditional trail up to the Brunei border peak first, should the logging roads in from Limbang improve in quality again, and then an additional hike over to the true summit entirely within Malaysia.

Either way, from Limbang or Lawas, it’s a long day and an expensive one, requiring an experienced local driver with an expensive 4×4, and perhaps rented bicycles to get round any impassable sections of logging road and reach the trailhead. Expect that it will take several hours from either direction by 4×4 to reach the base of the mountain. The recent weather conditions will affect things greatly too. Note that it is entirely possible that the local logging operations may mean that permits are required in future. Advance research is definitely required prior to attempting it! 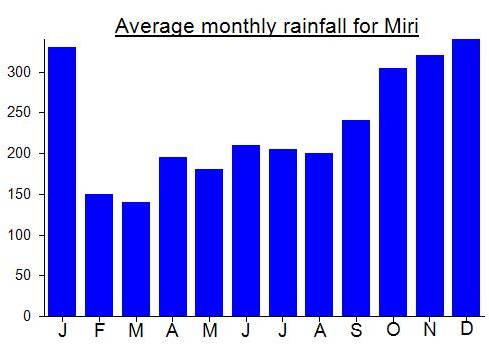 One thought on “Bukit Pagon”