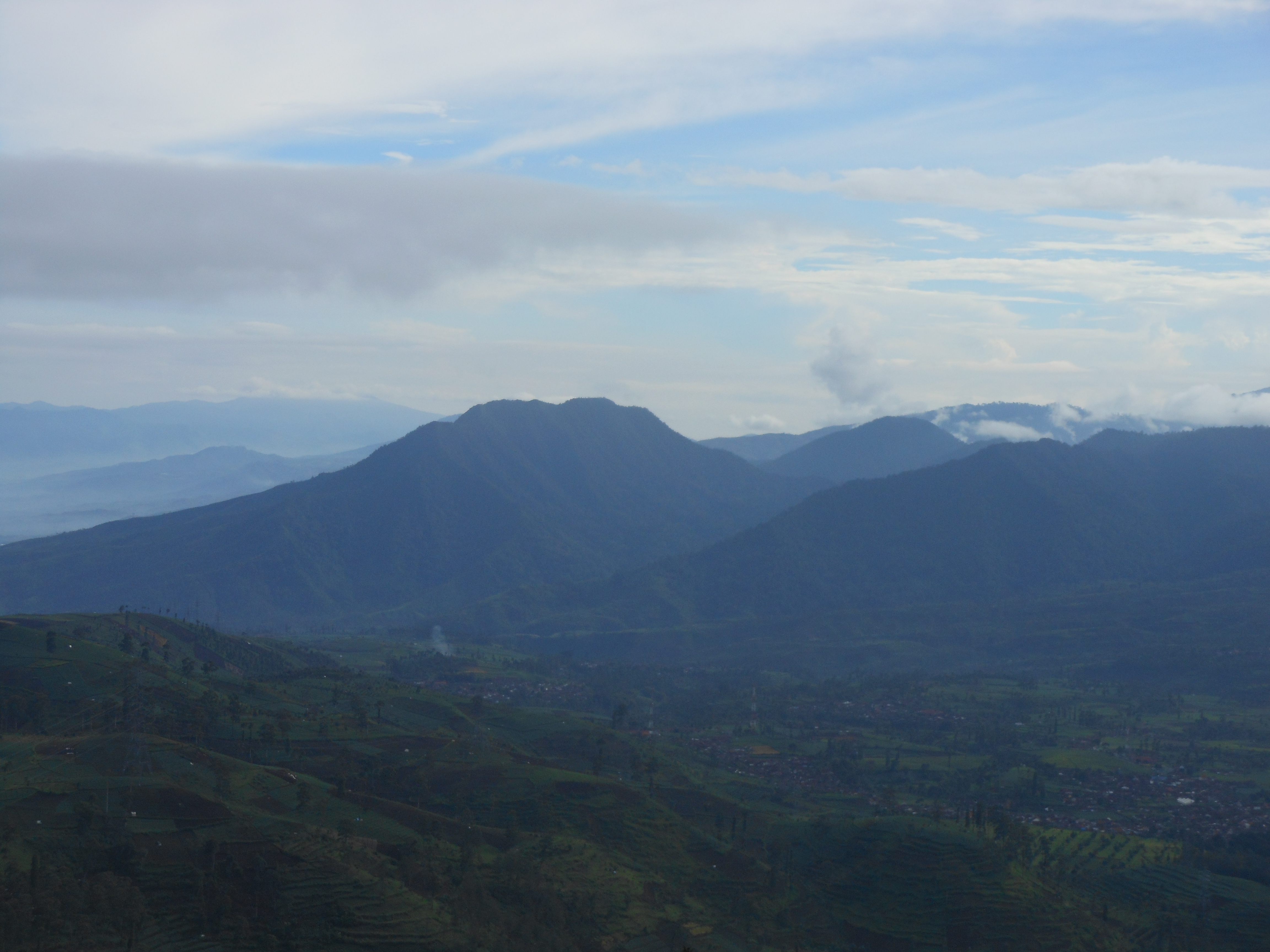 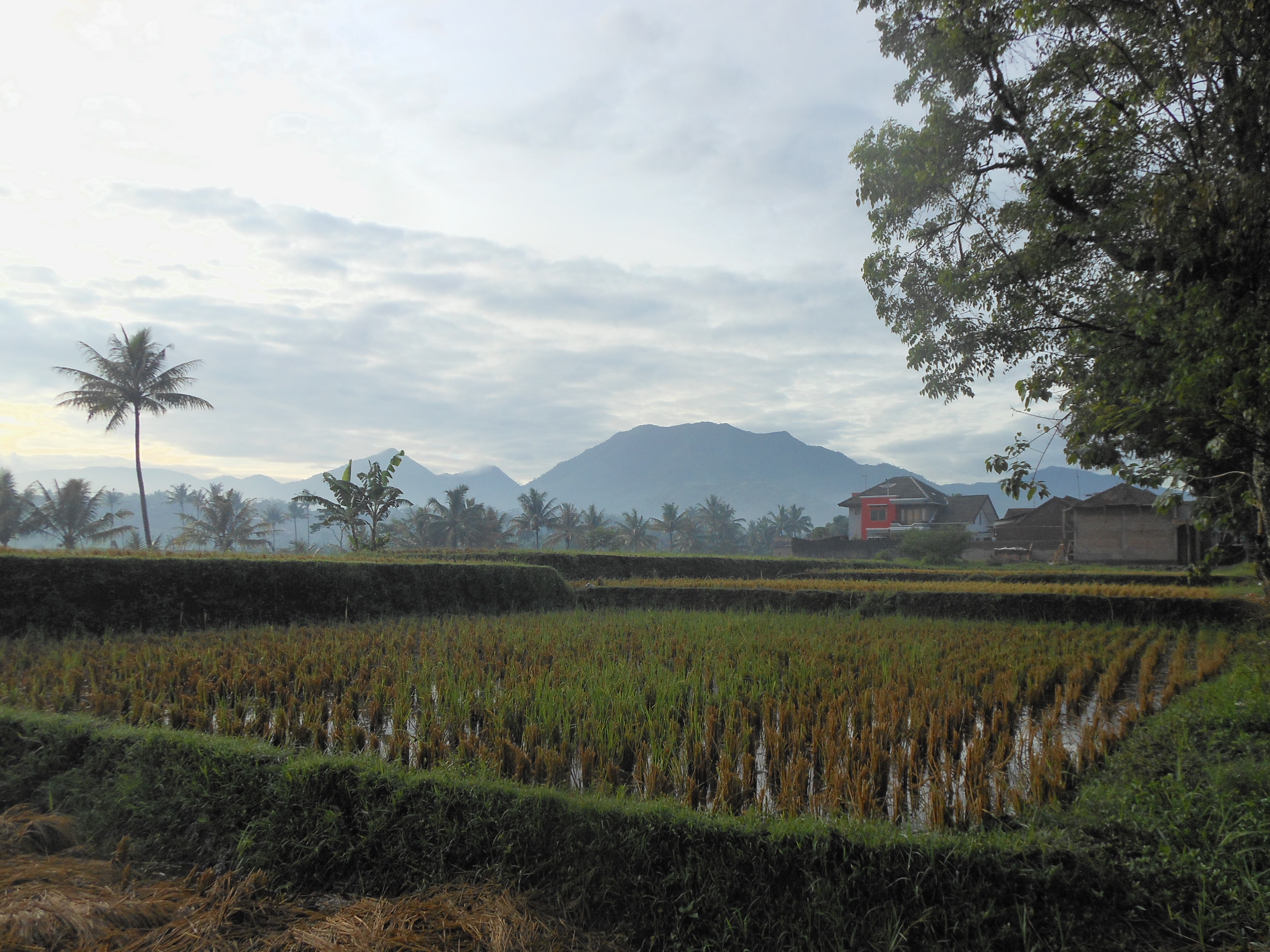 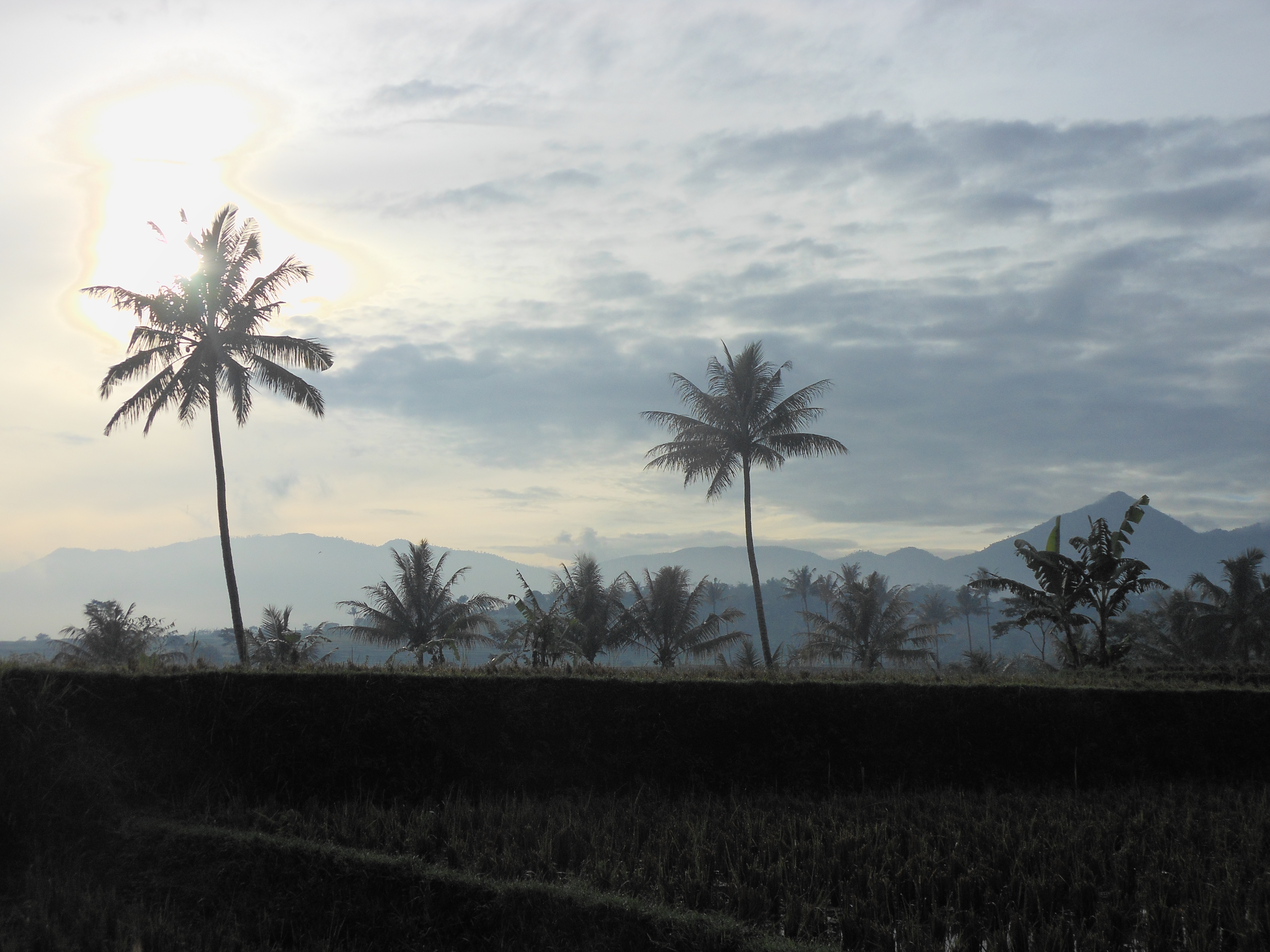 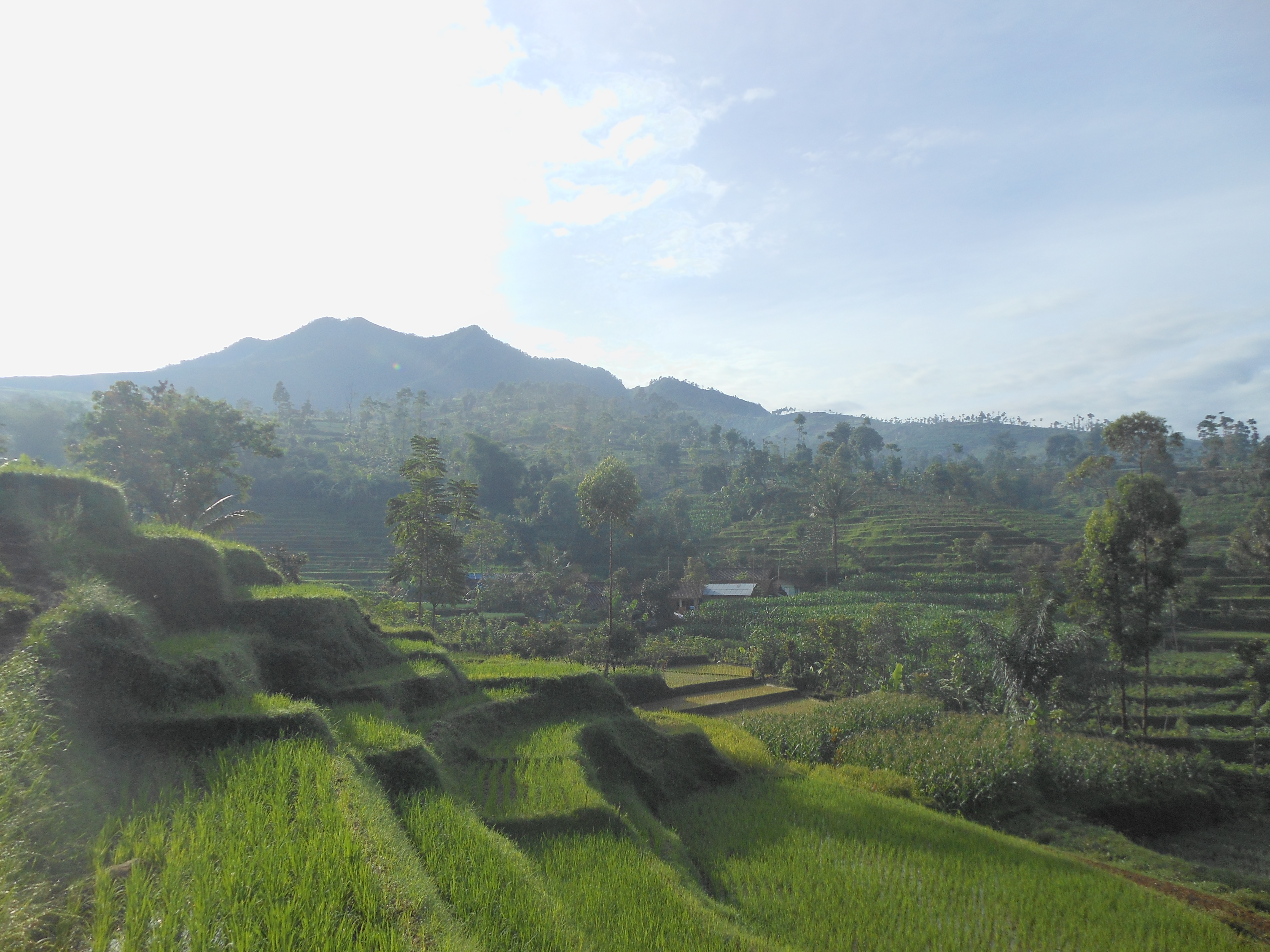 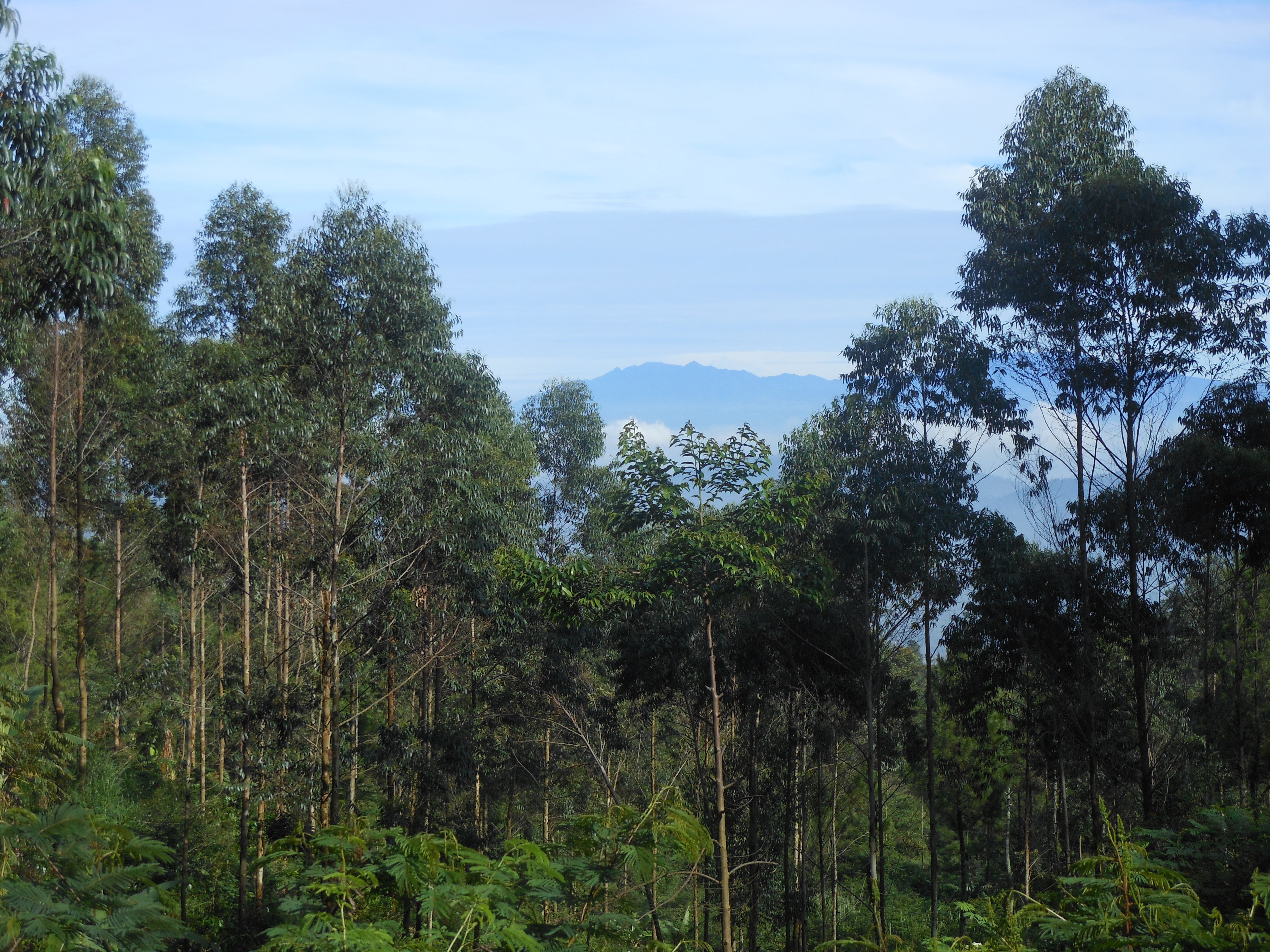 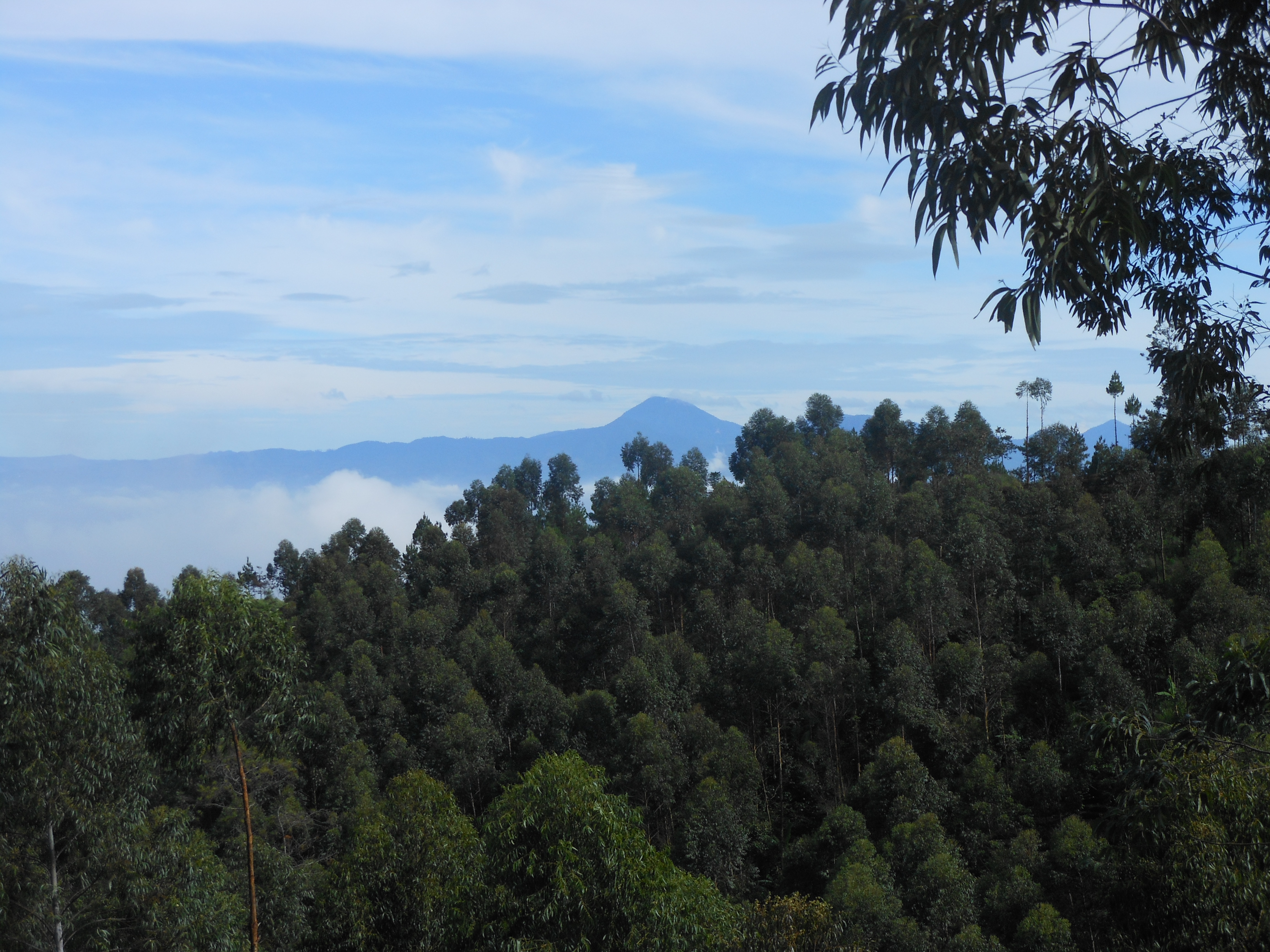 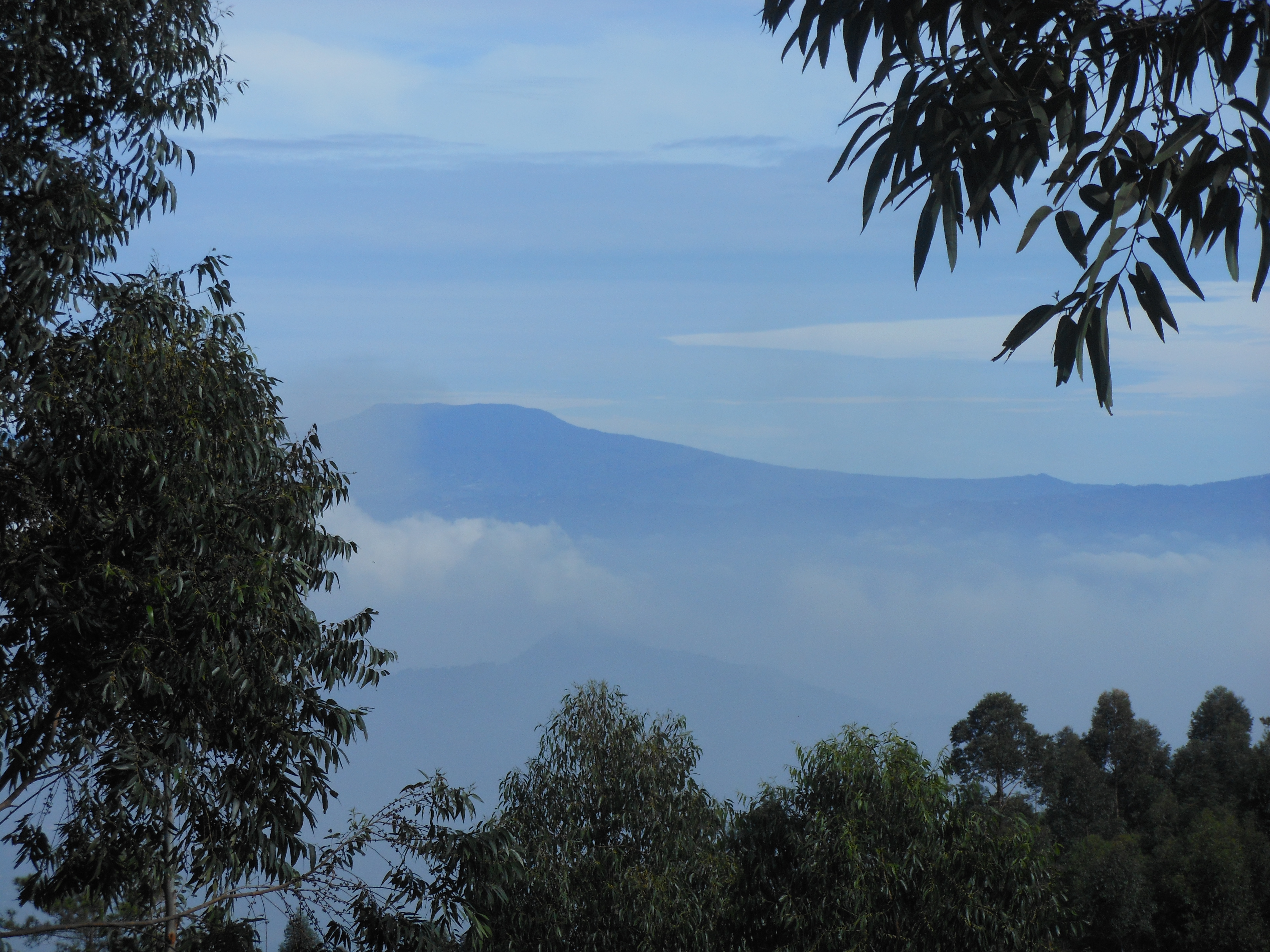 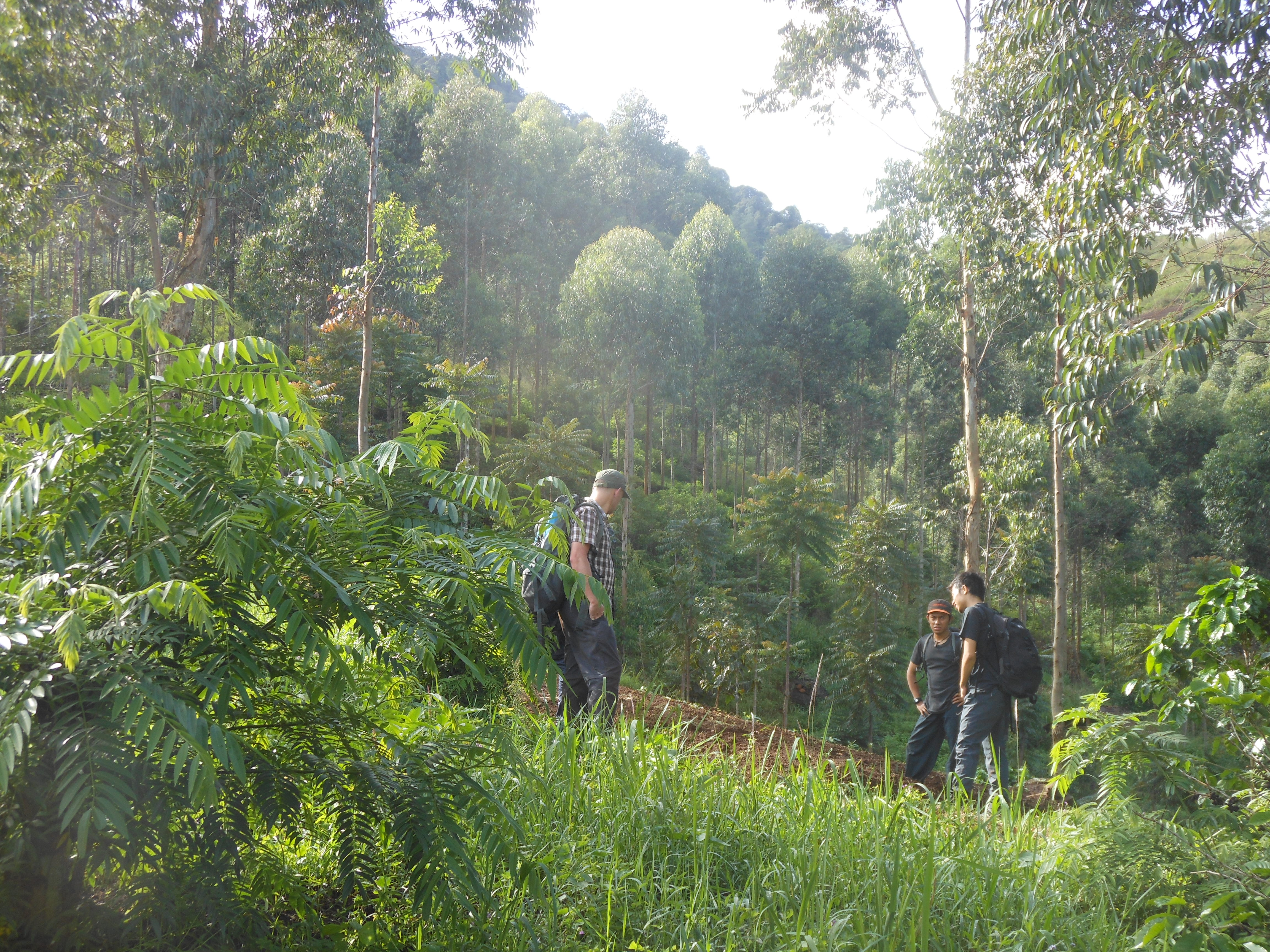 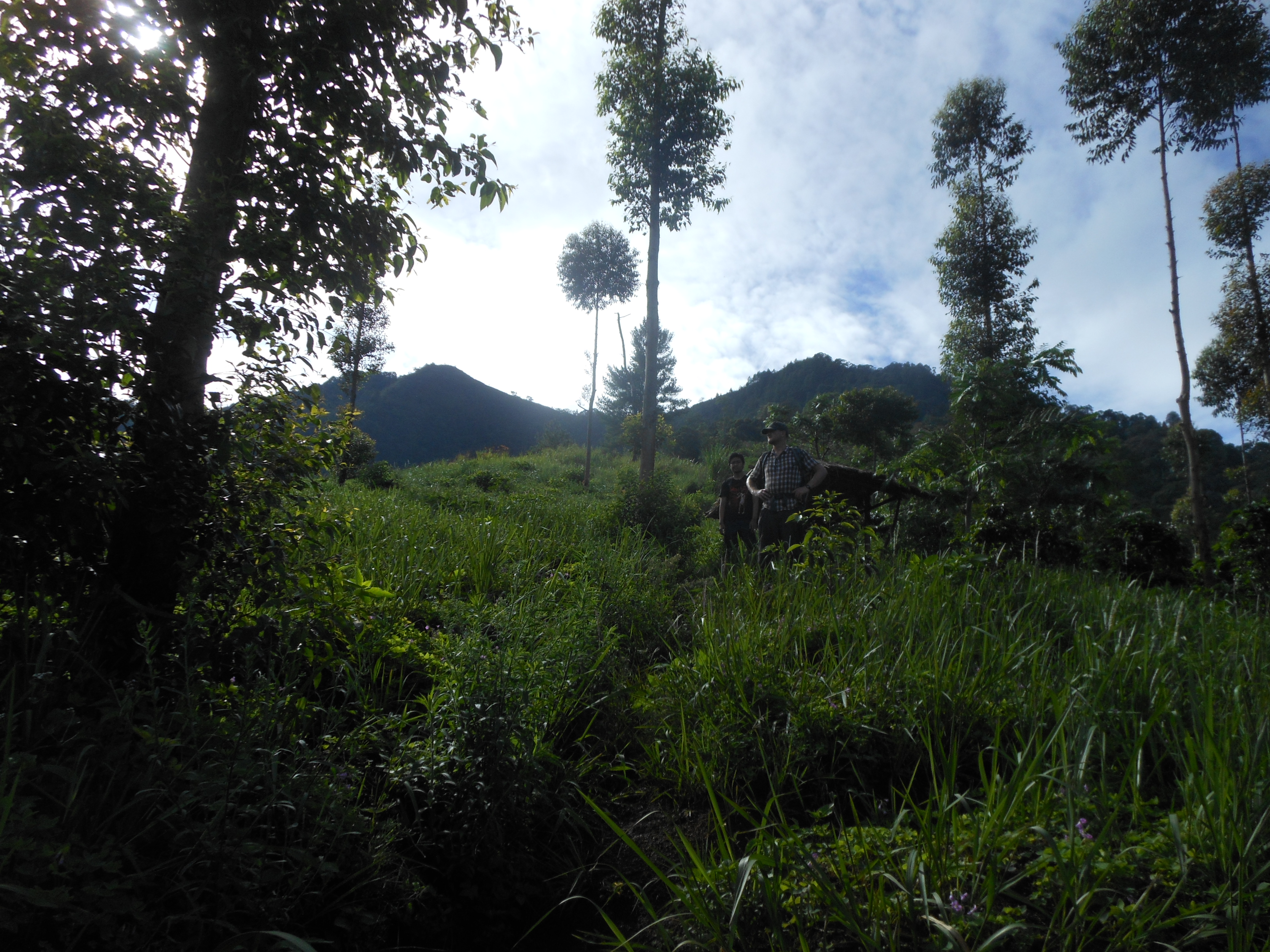 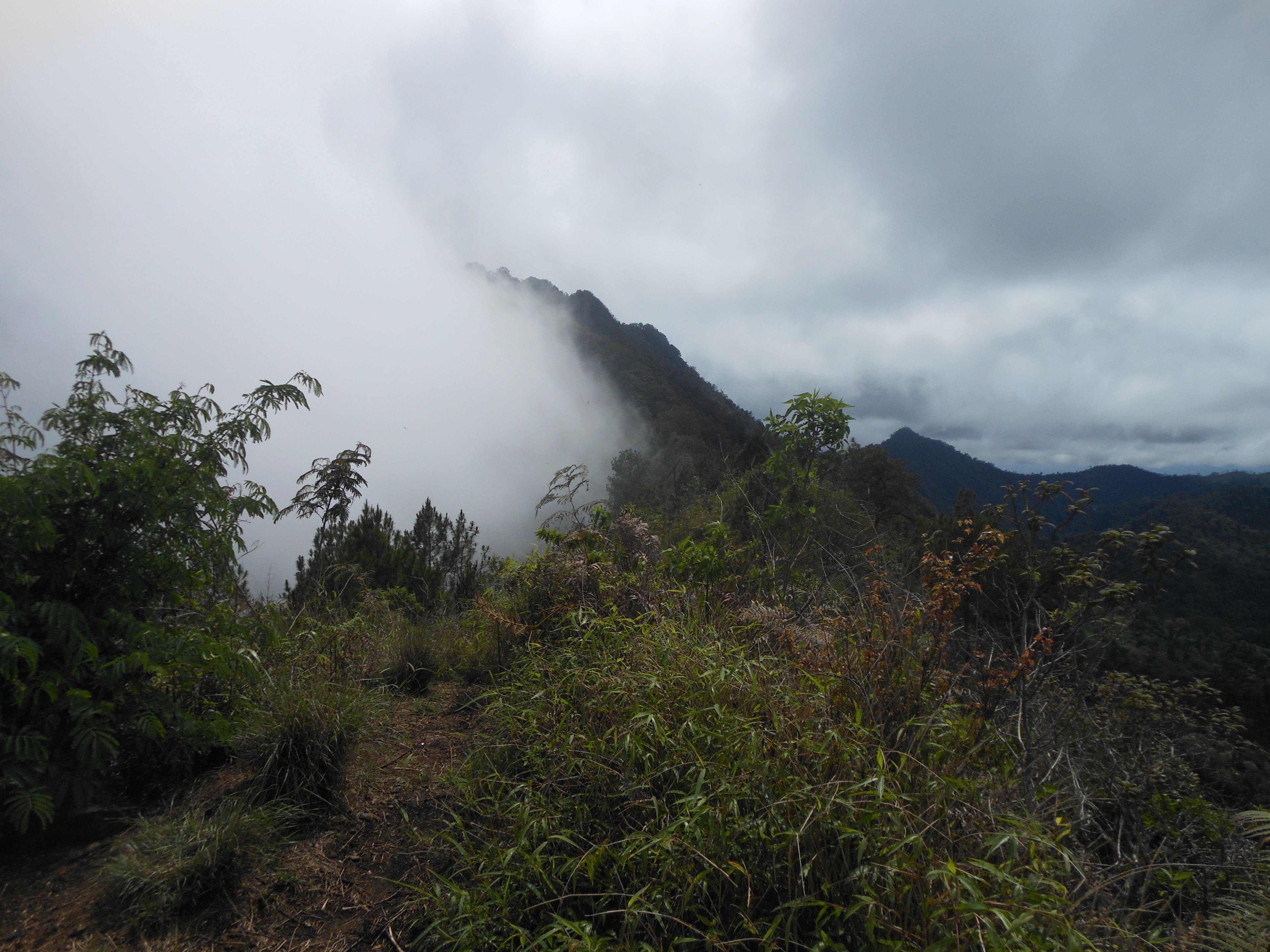 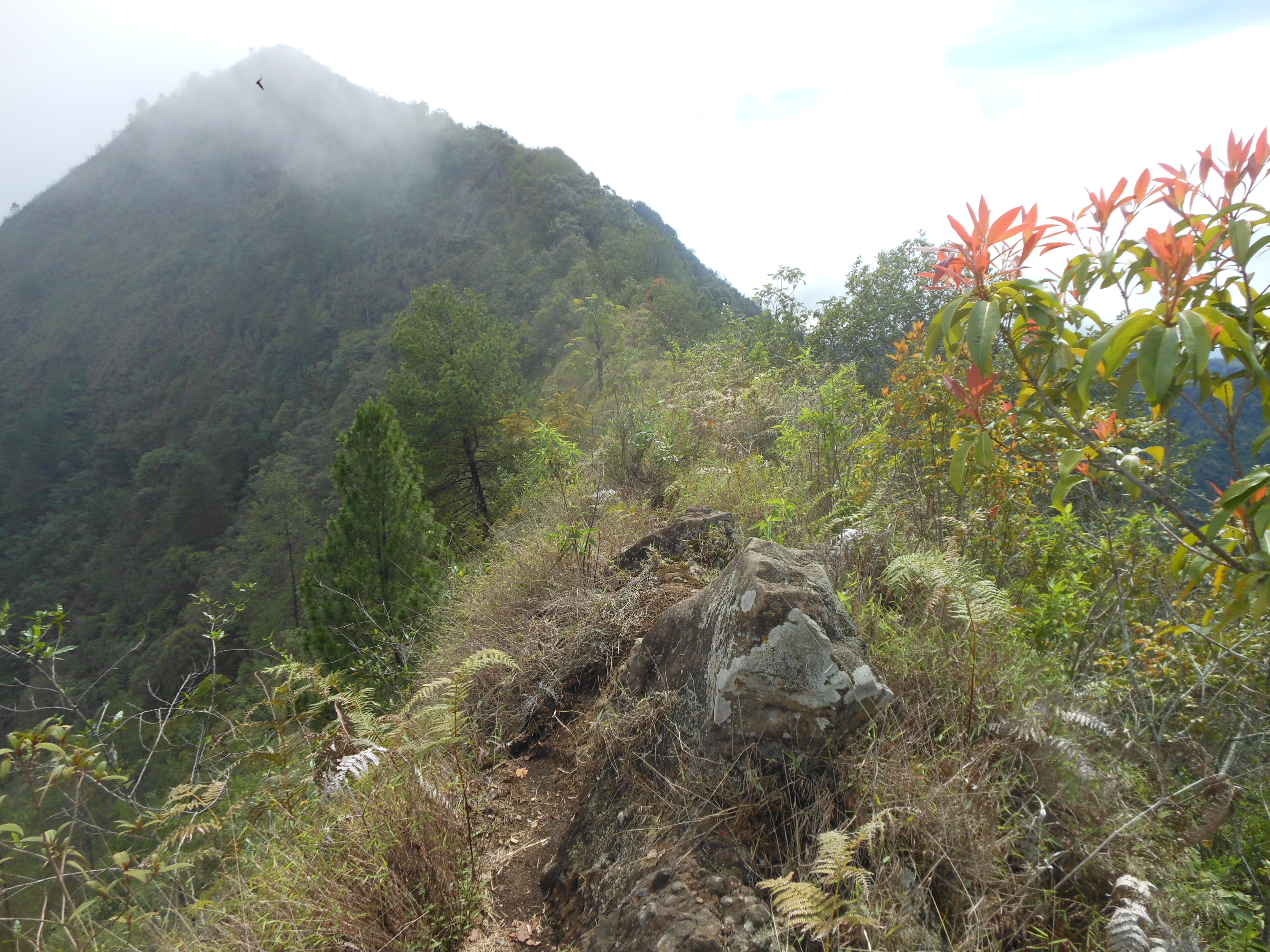 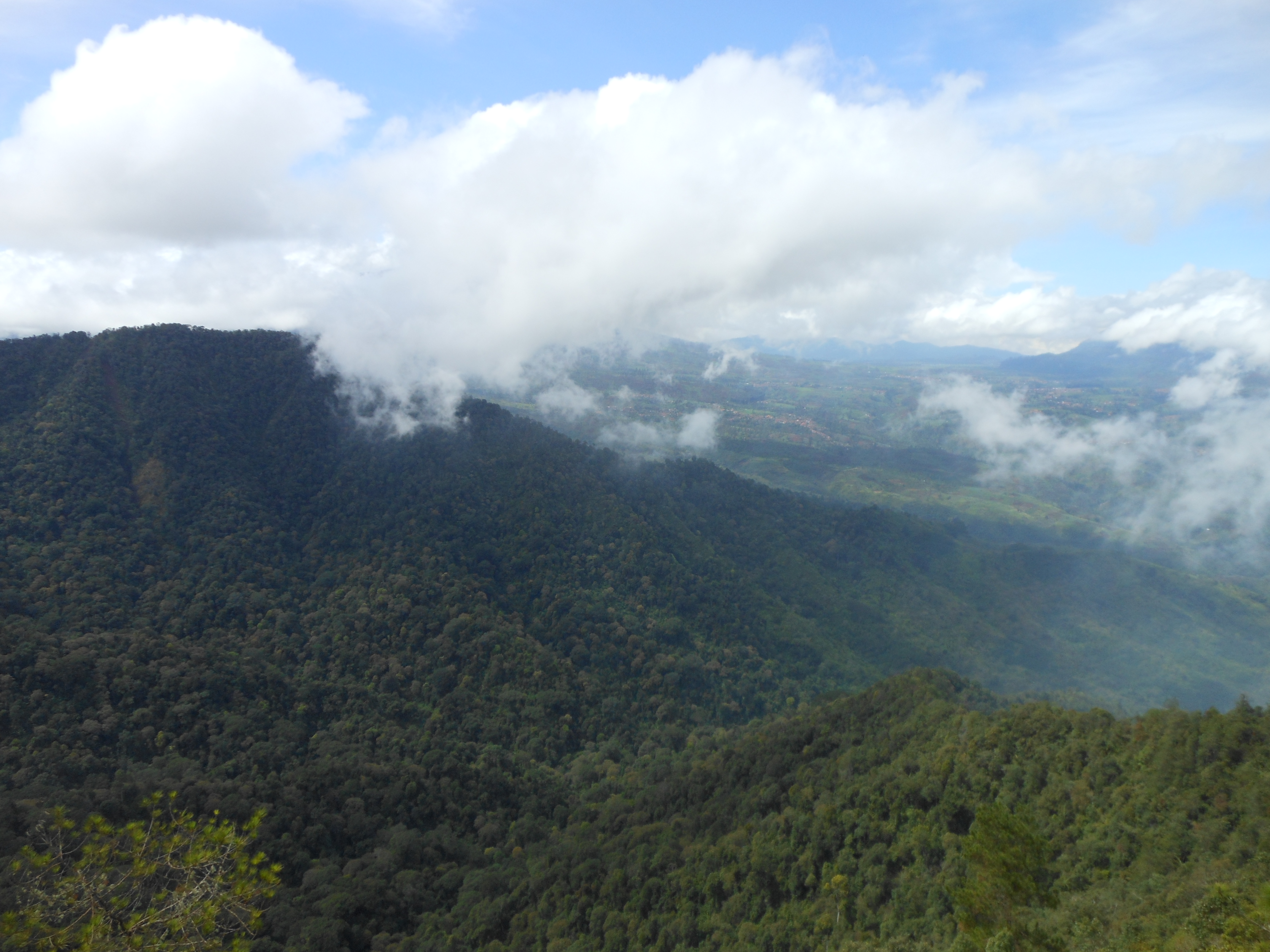 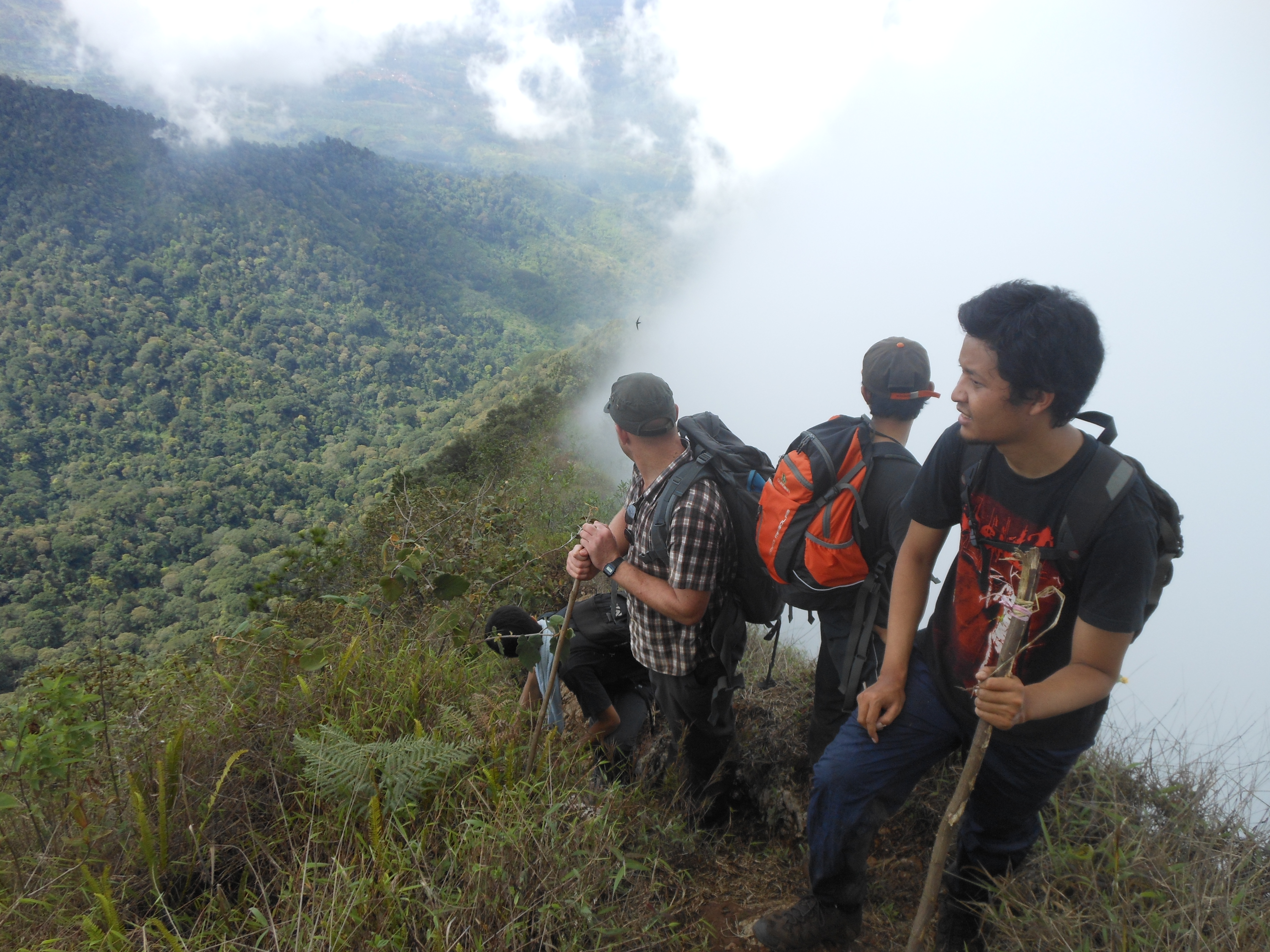 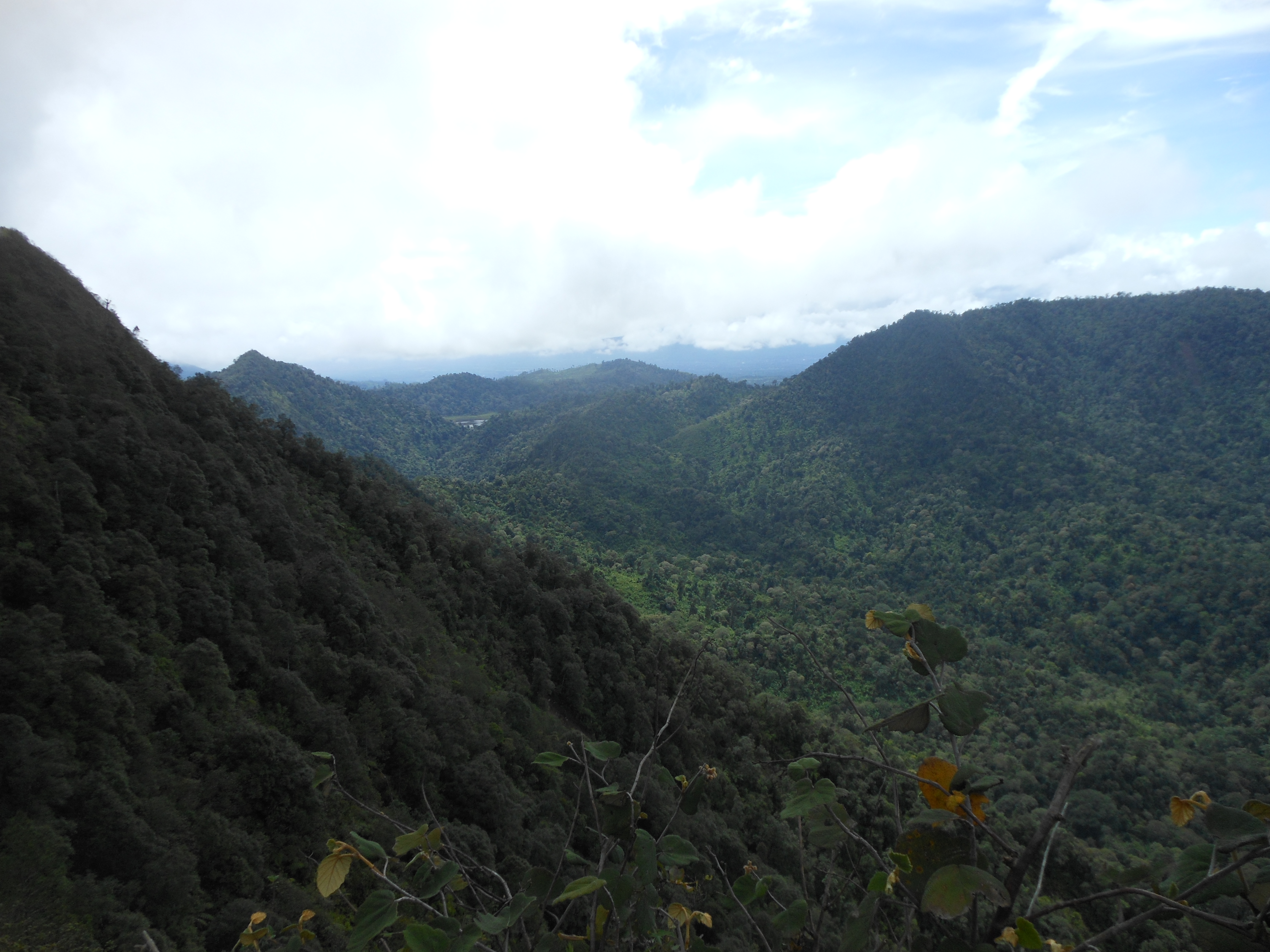 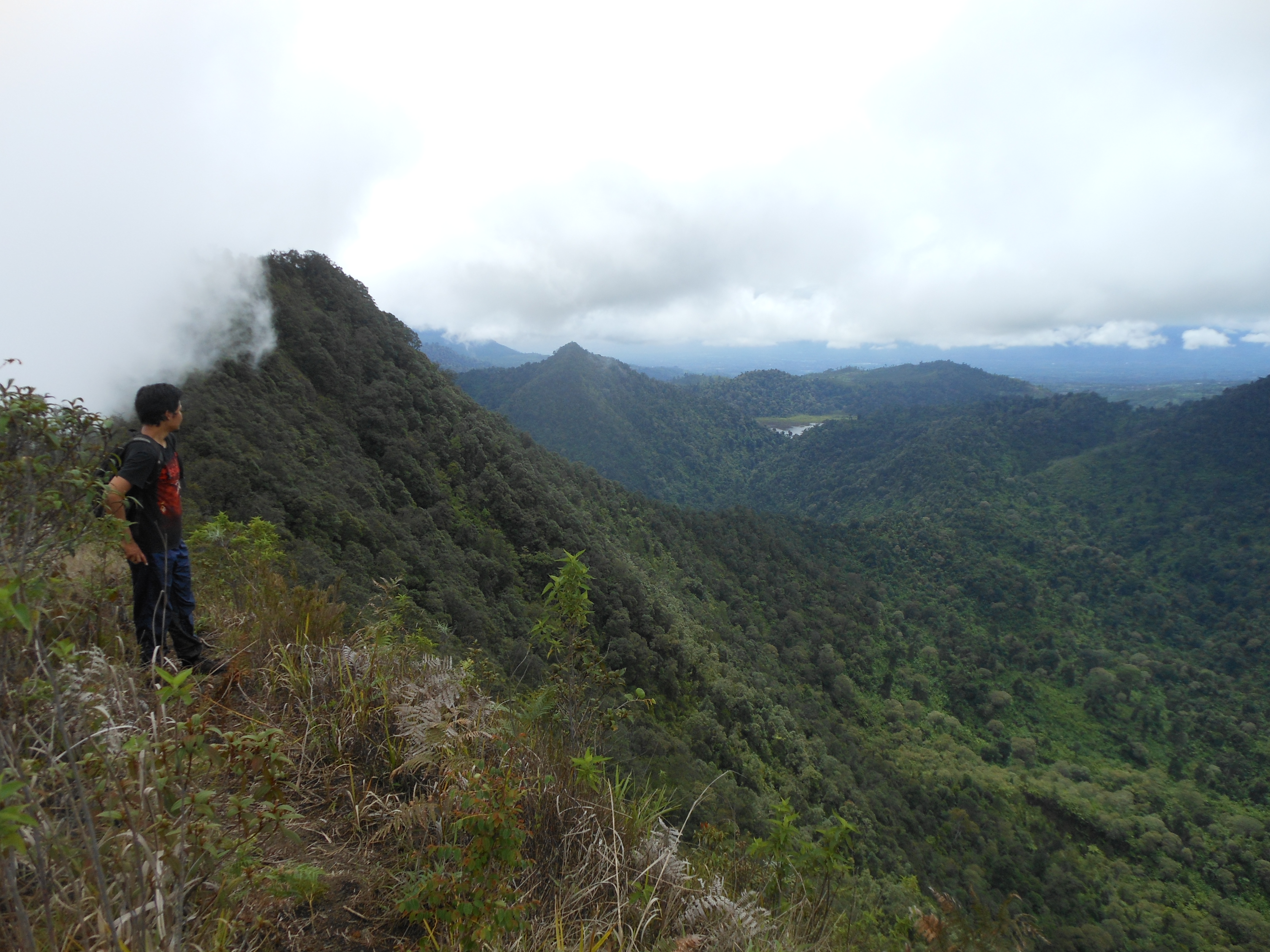 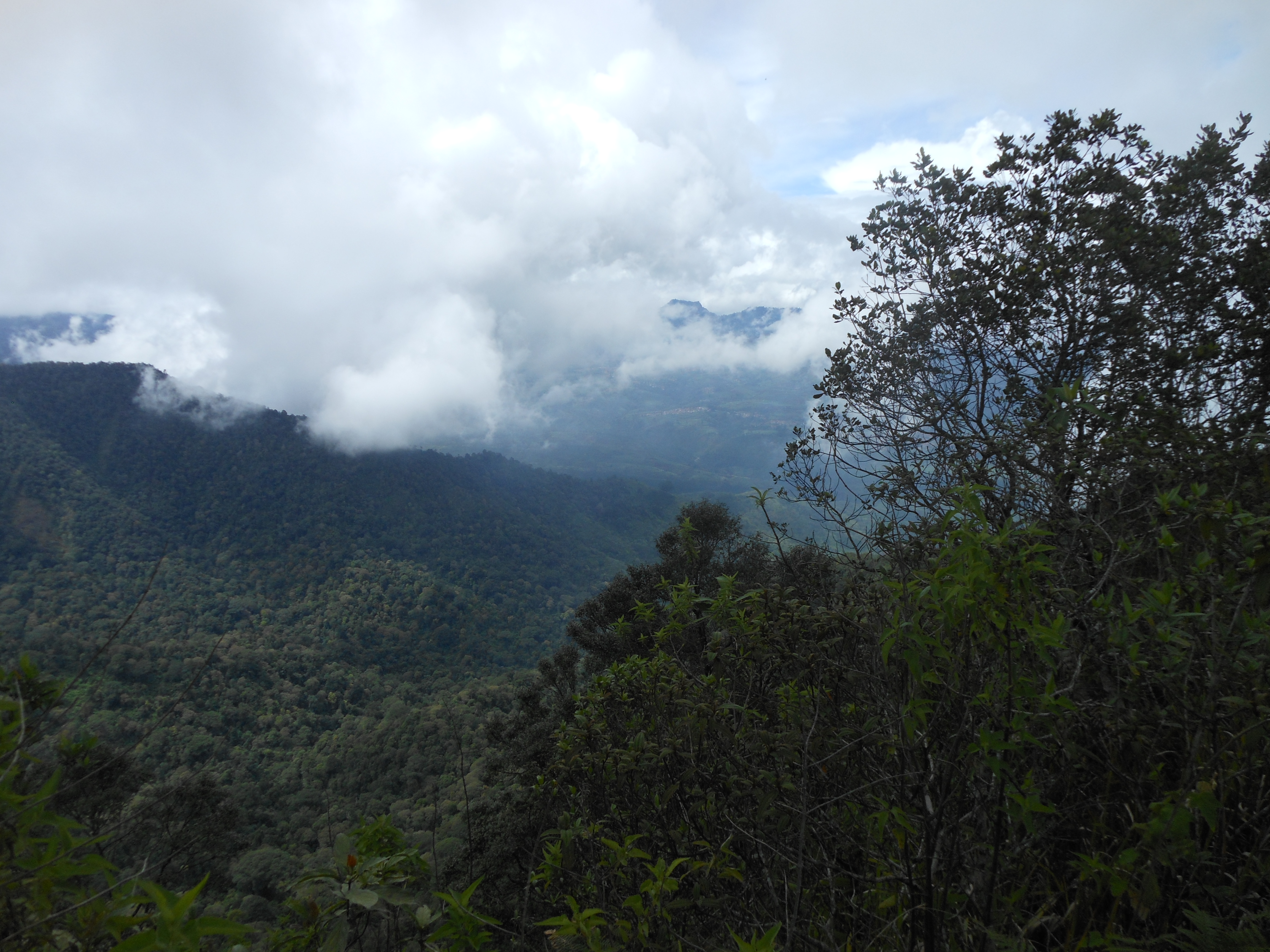 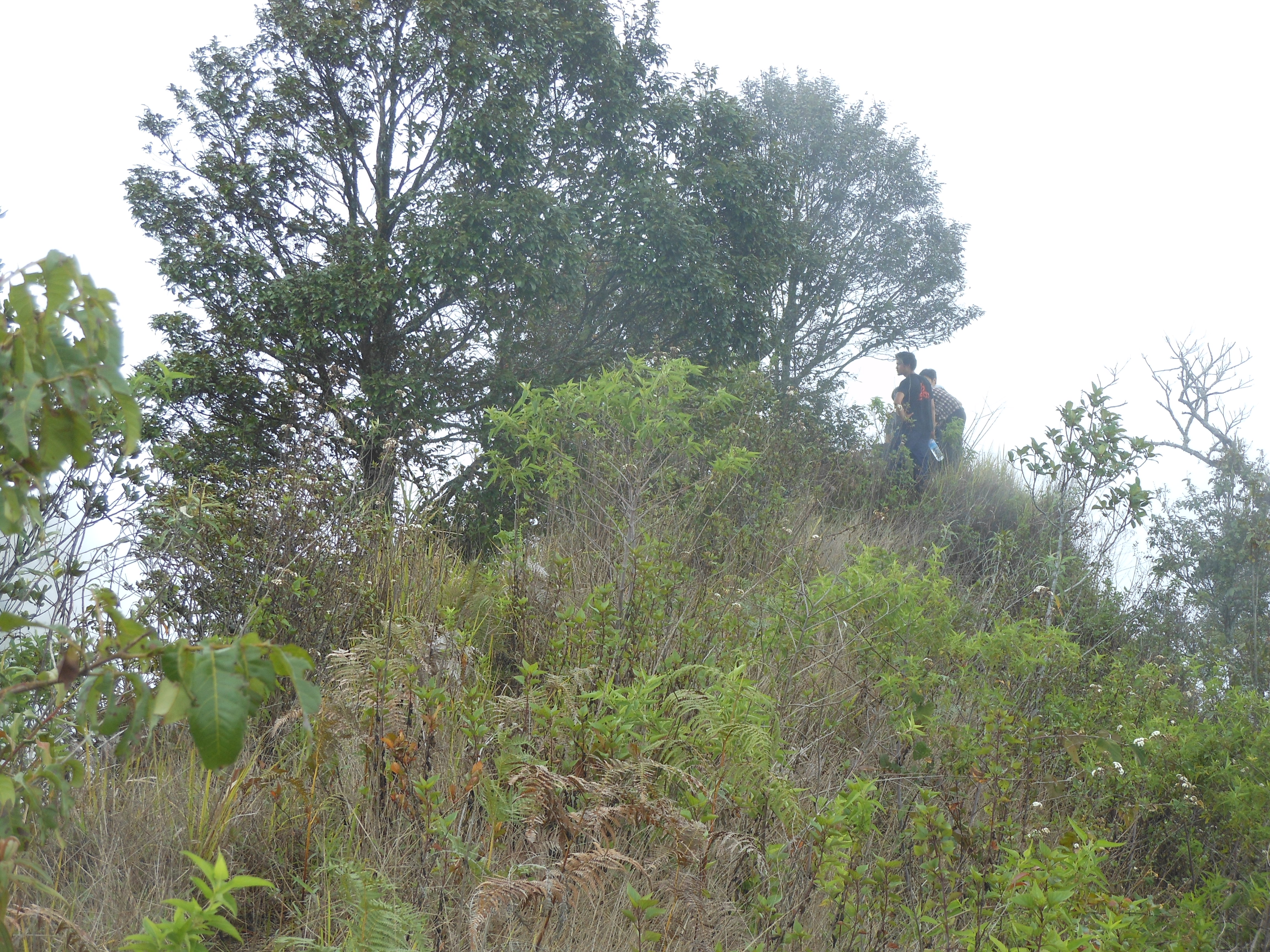 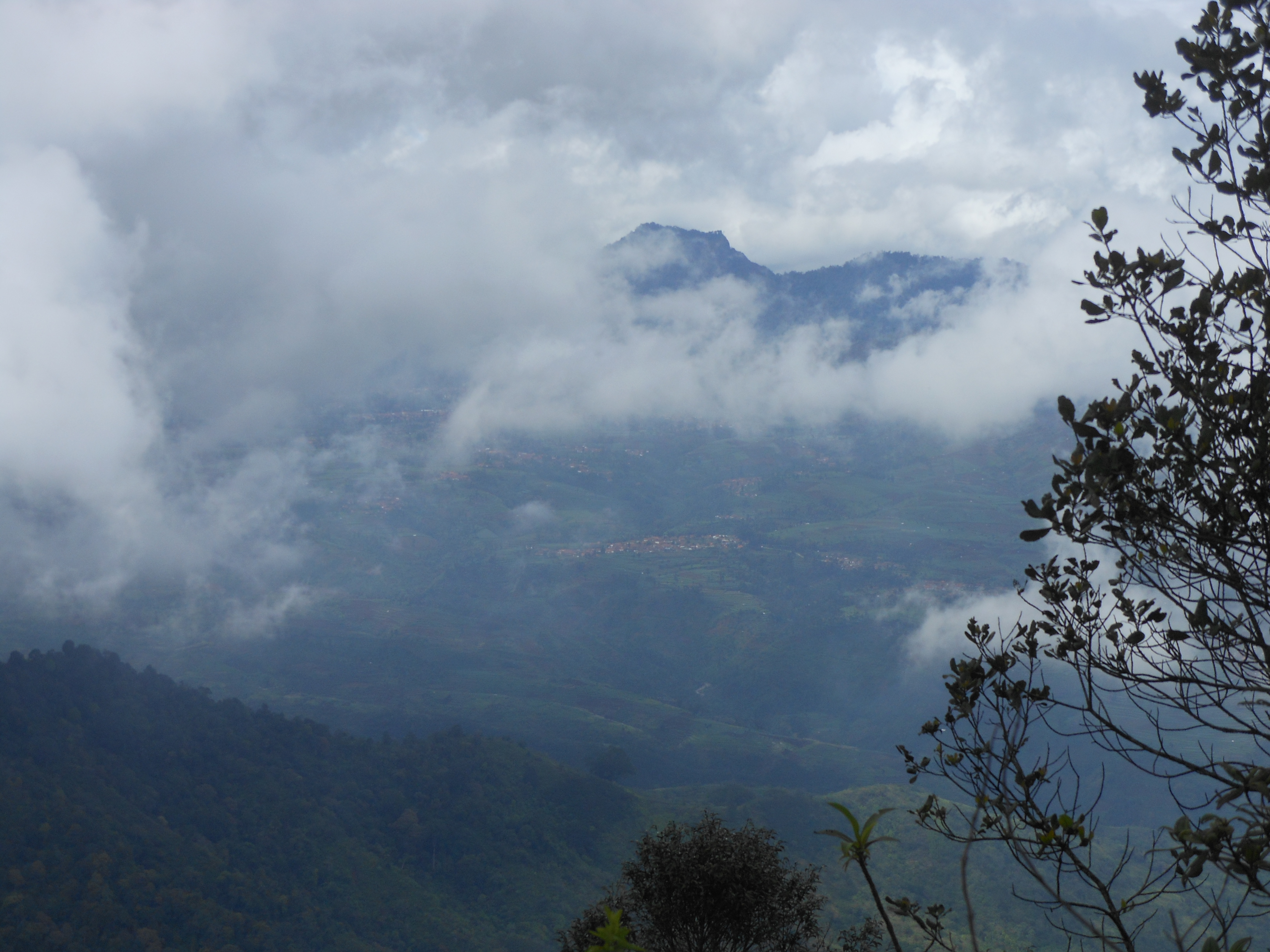 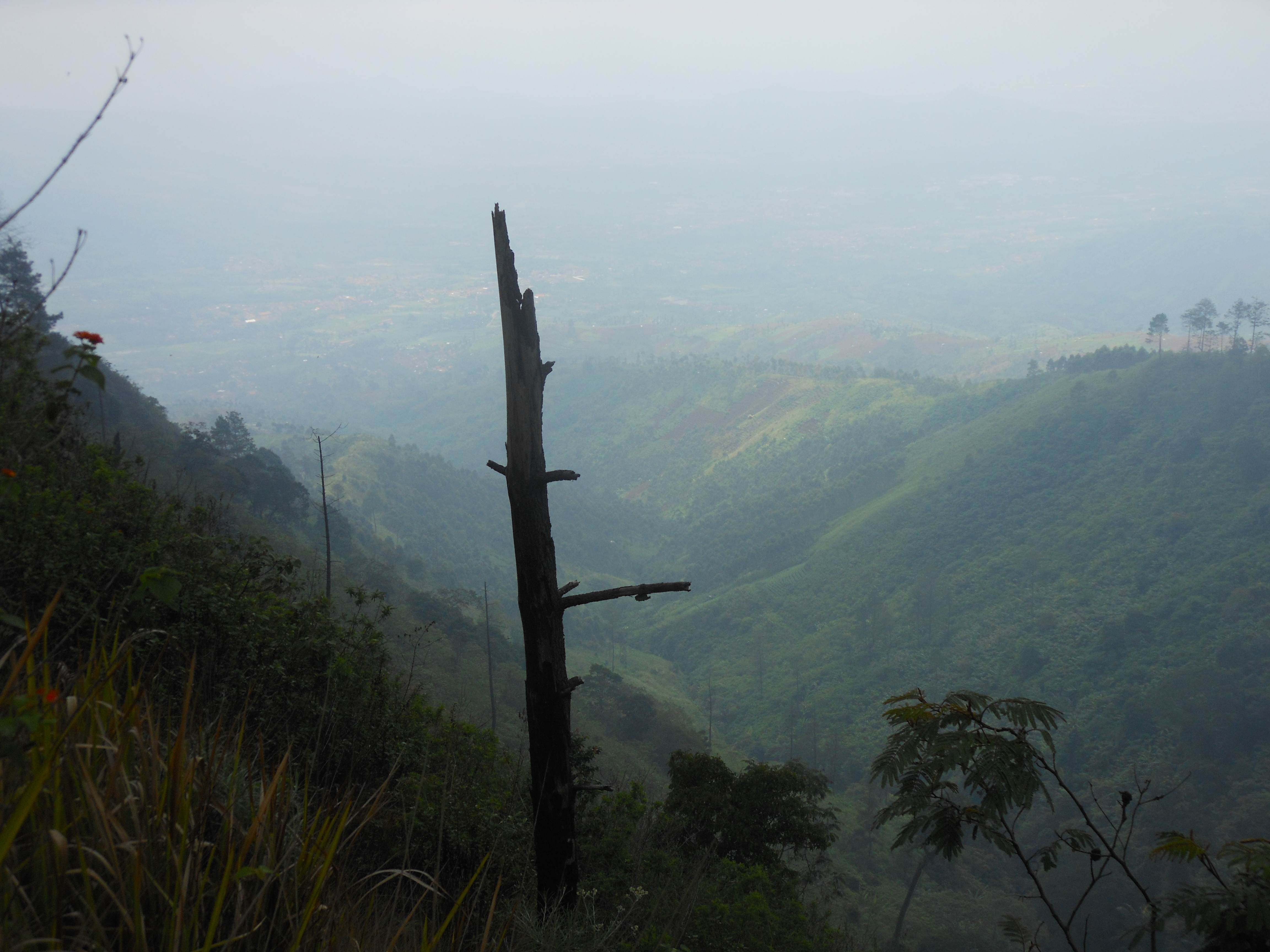 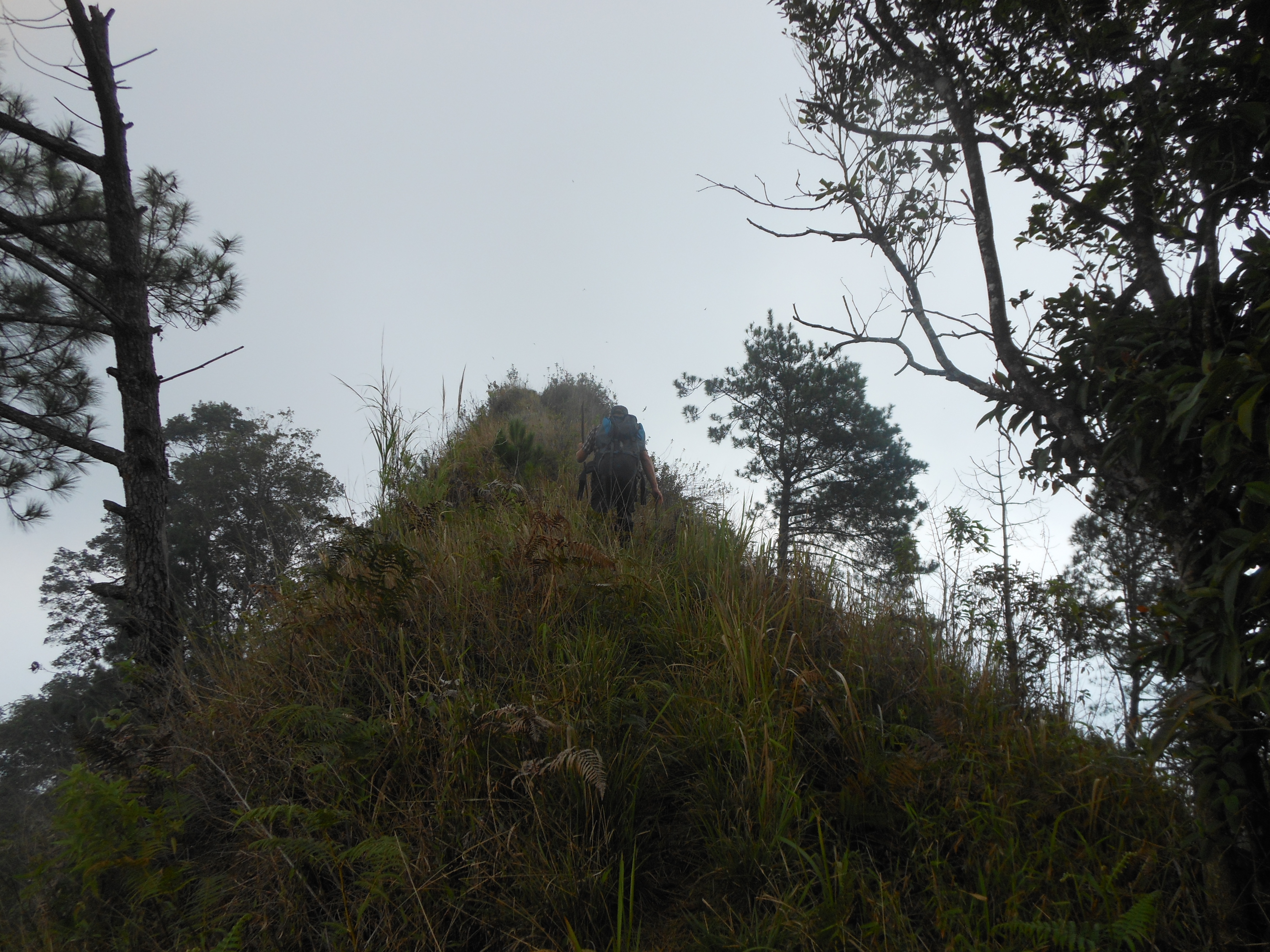 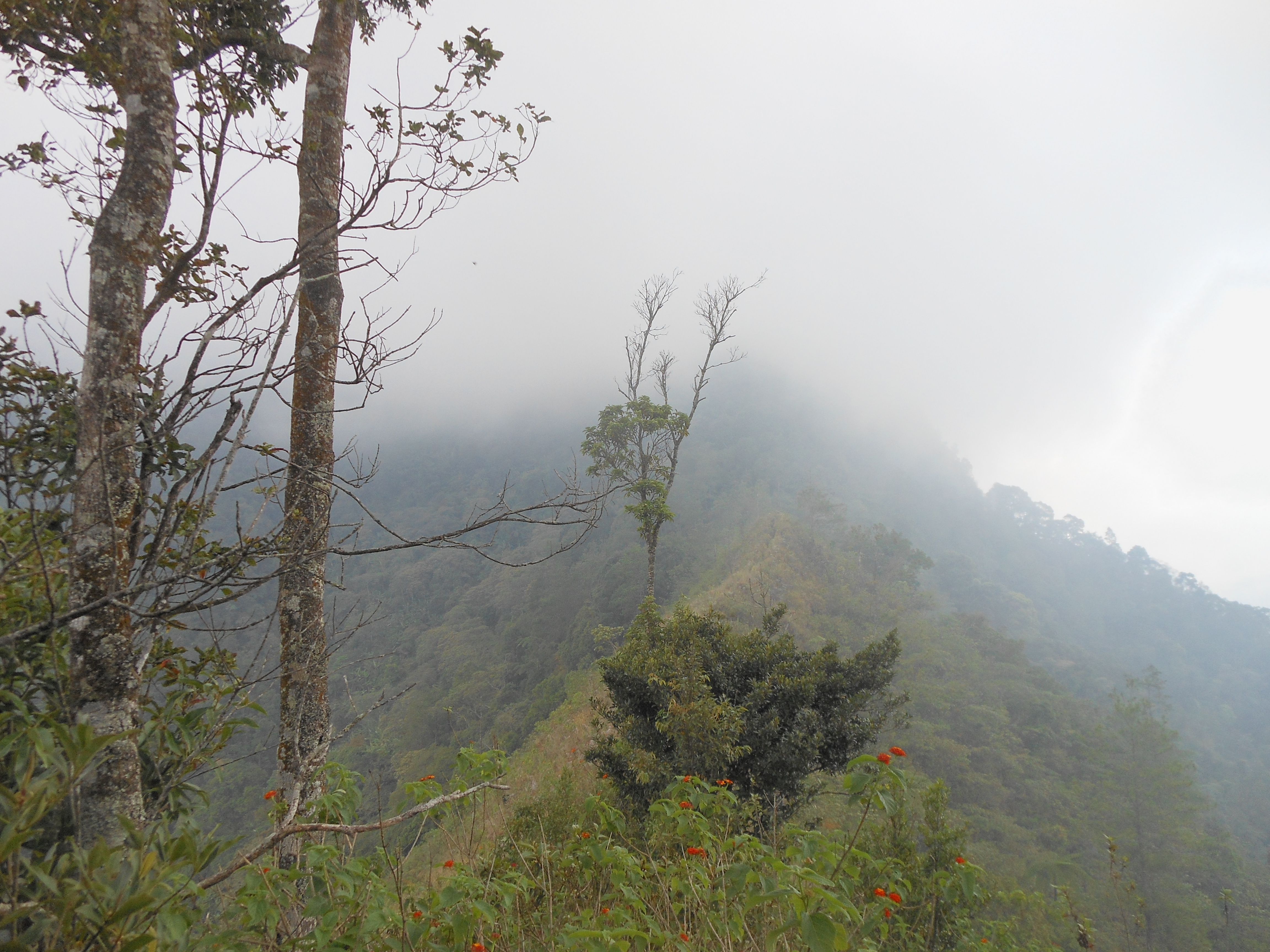 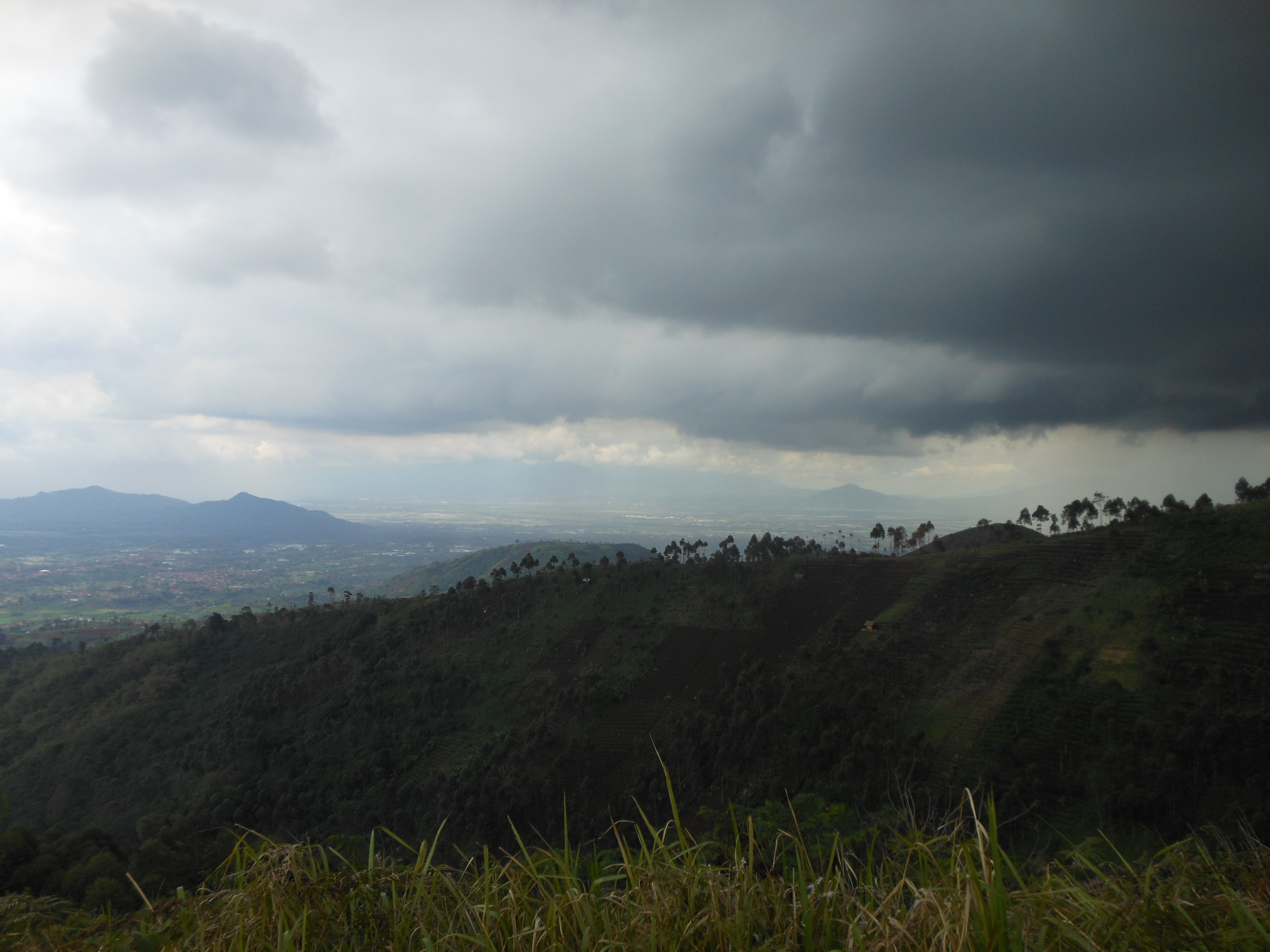 Rakutak is one of the lesser-known mountains in the Bandung area yet it offers excellent views across the region and is one of the nicest ridge walks in Java. It can easily be done as a day trip from Bandung, requiring just over 3 hours to ascend and 2 hours to descend. The mountain looks remarkably impressive once on the Pacet road south of Ciparay which runs between Gunung Rakutak (east, left) and Gunung Malabar (west, right). Since 2016, Rakutak is part of Cagar Alam Kamojang (Kawah Kamojang Nature Reserve) and access for hikers is more complex.

The most popular trail begins in the friendly village of Sukarame (980m) just beyond the town of Pacet south of Bandung. Motorbikes can be left at the warung (village shop) especially if you buy some water and snacks there and this is the ideal start as the trail begins opposite the shop. A guide is essential as the begging section leads up slippery cement paths in the village before traversing farm fields and then entering the shade of bamboo. The trail follows and criss-crosses a stream which is dry during the summer months but definitely expect a trickle during the rainy season. A shelter is on the right at around 1,100m and the final place for water during the rainy season is at 1,150m as the path crossed the stream once more. The following section offers a view glimpses of the mountains north of Bandung – Burangrang, Tangkuban Parahu and Bukittunggul.

From this point the trail gets a little tougher and less well-defined as it enters longer grass and bush, some of which may need clearing. Given that not many hikers come here except local enthusiasts from Bandung there is almost no litter to be seen amongst the scattered pine trees. At around 1,420m is another shelter after which the trail enter proper forest and is very clear once more. After less than an hour in the forest is Puncak 1 (1,860m). Here the panorama is superb. To the north is Bandung and the hills to the north of the city. To the west is the large, wild massif of Malabar. To the south is Gunung Kendang, Papandayan, Cikuray and Wayang-Windu. To the east is the narrow ridge which leads for a further kilometre to two further tops, the final one of which is the highest. Beyond the Rakutak ridge itself is the higher Guntur mountain range. To the southeast you should be able to see a small lake nestled in the col between Rakutak ridge and a smaller ridge to the south. This is Situ Ciharus (approx 1,530m) and for those wishing to make a full weekend of their hike this lake would be a great extension to the regular dayhike. Note that this lake may be known as Danau Pangkalan on certain maps. The is an infrequently-used trail up to this little lake from the eastern side so you could conceivably do a traverse of the mountain.

From Puncak 1, the narrow ridges drops down slightly before leading up to a second peak (Puncak 2, at a height of 1,927m) which is the best for camping due to its relative flatness and size. You may be able to fit 3 or 4 tents here. Once again the ridge continues eastwards through some slightly denser forest and an allegedly windy camping spot before rising to the highest point at around 1,957m. This is the summit and is known to some hiking enthusiasts as Puncak 3. Our guide told us an interesting story about how, towards the end of the colonial era, local republicans climbed up Rakutak to escape from Dutch troops who then shelled it in an attempt to kill them.

You may see monkeys thrashing around on the lower slopes of the mountain and, as with many peaks in Indonesia, there is plenty of visible evidence of wild pigs (‘babi hutan’) though they are very rarely spotted. From the summit it takes about 30 minutes to get back to Puncak 1, at which point you must choose between retracing your steps the way that you came or taking the left turn down a slightly more southerly ridge. The latter is recommended as it is equally well-defined as the other trail and goes via an outlying western peak (1,590m) where you can sit for a while and enjoy the panorama to the fields in the valley between Rakutak and Malabar, plus the great flat plains of Bandung further north.