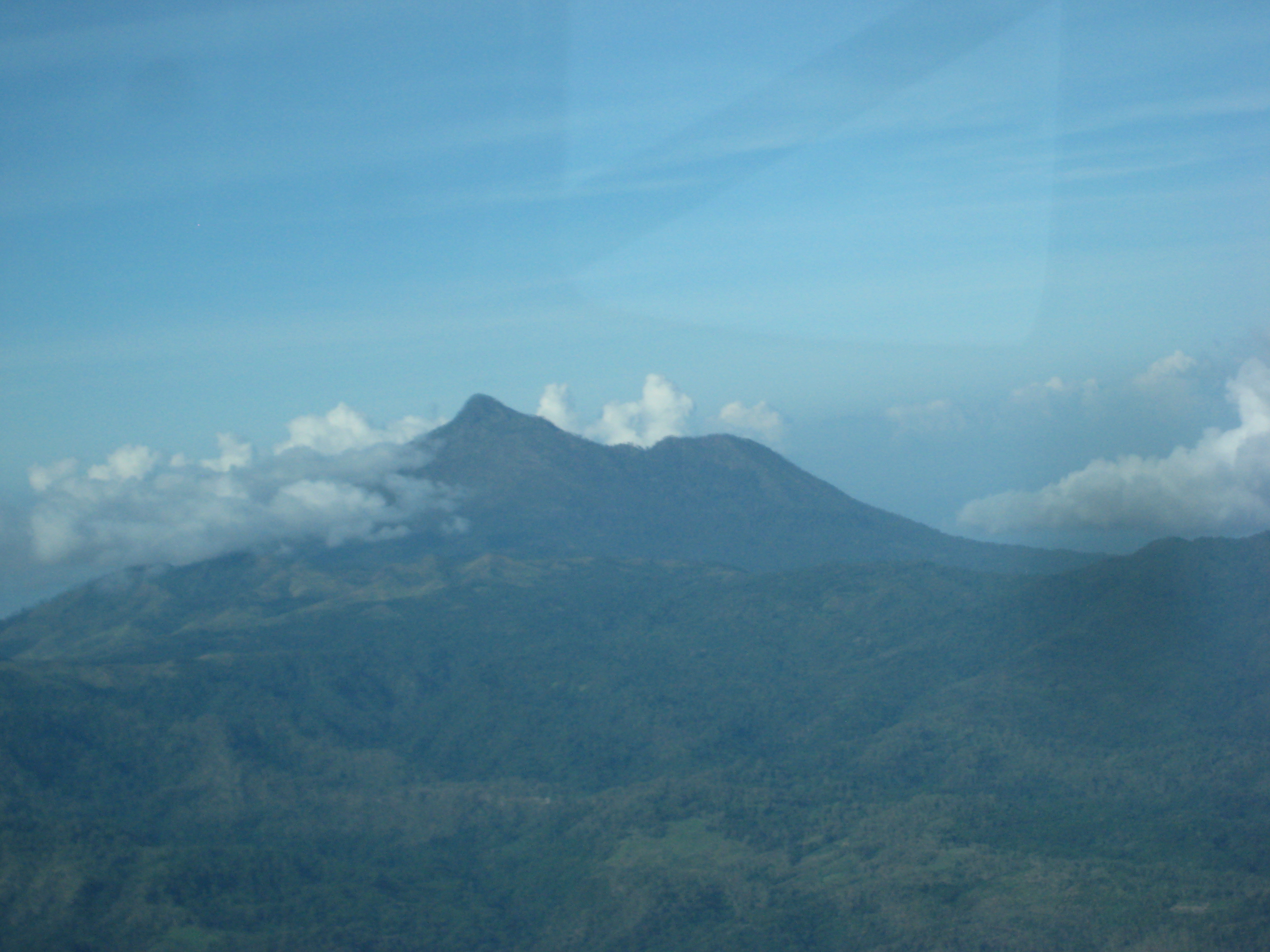 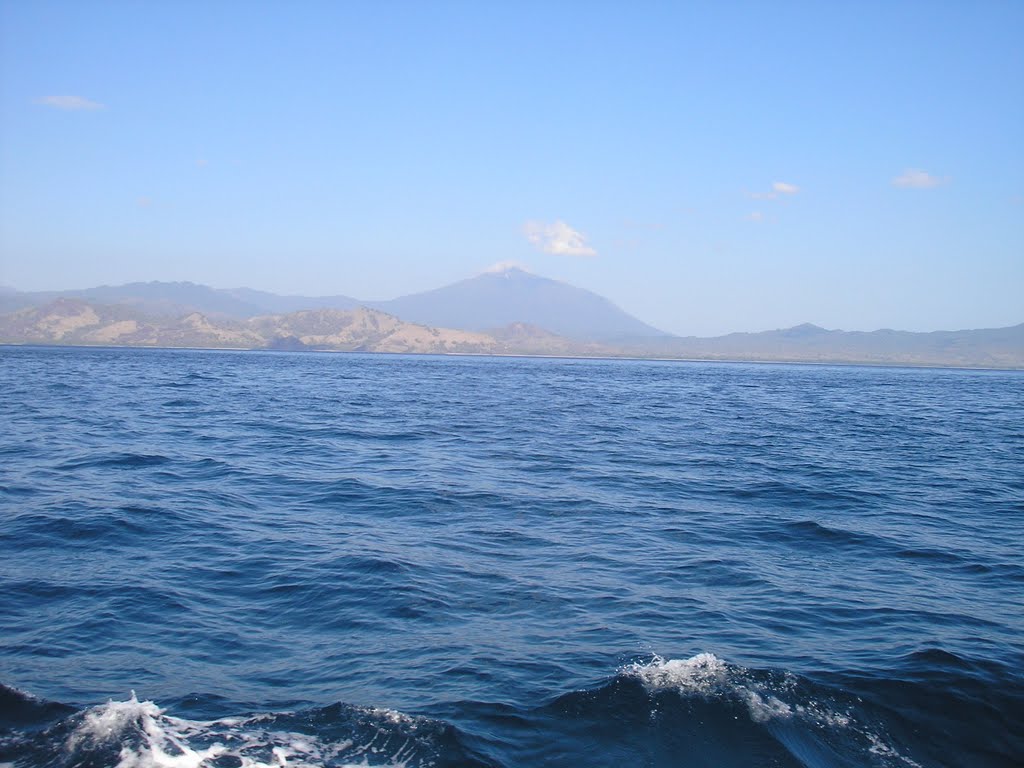 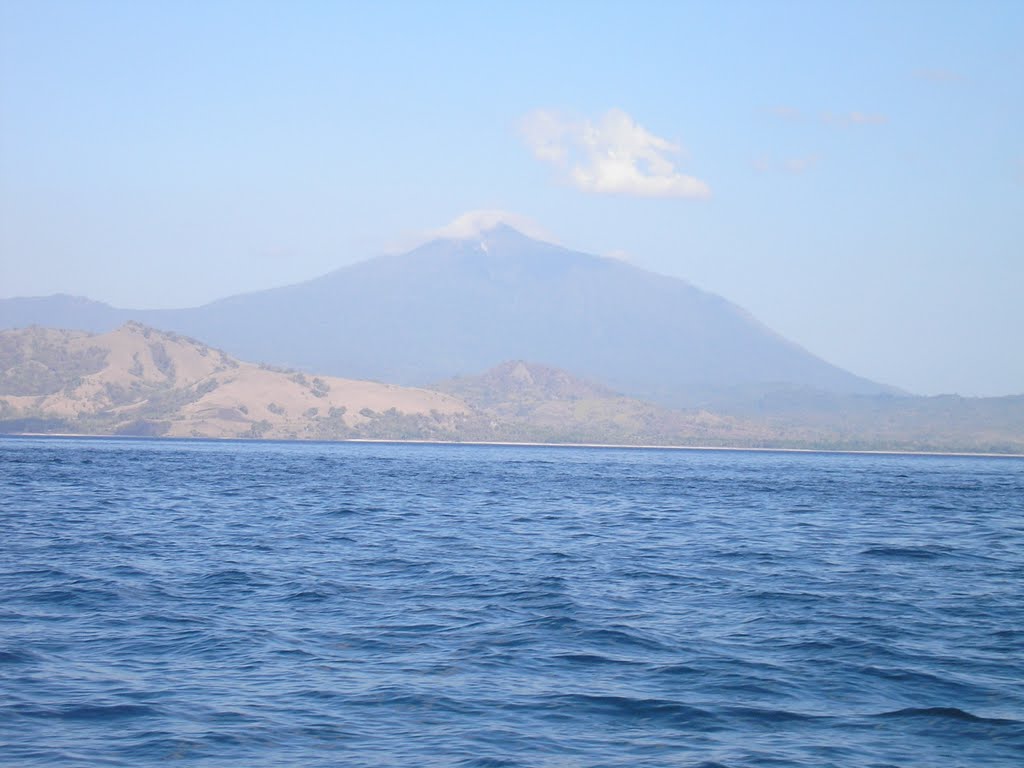 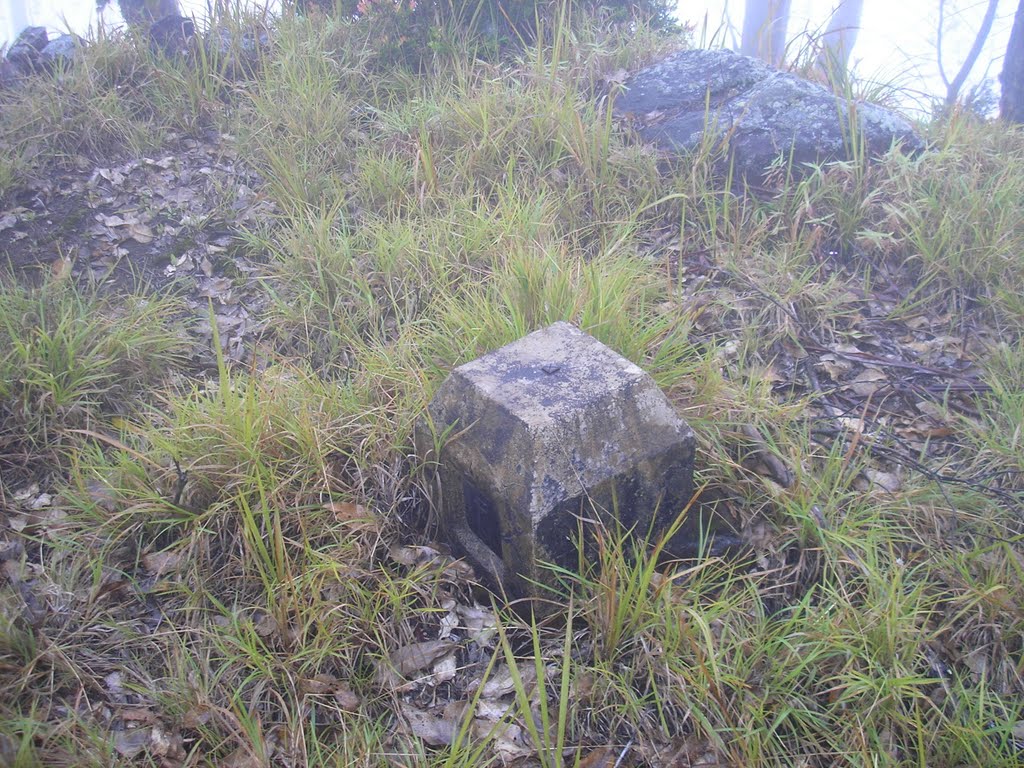 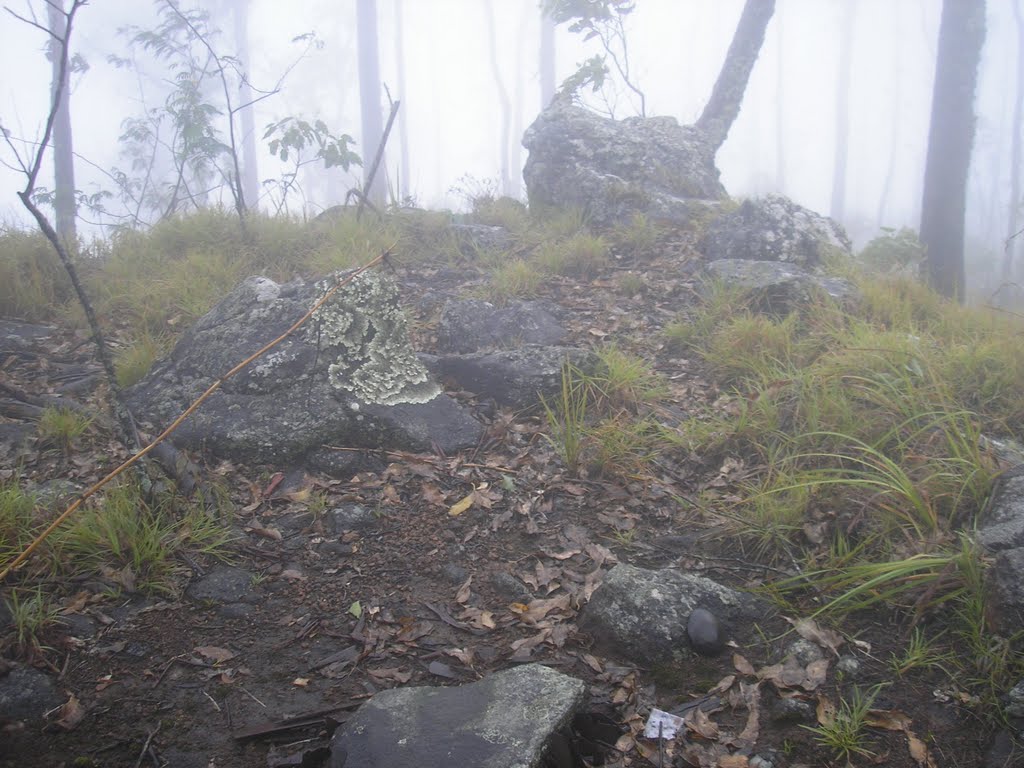 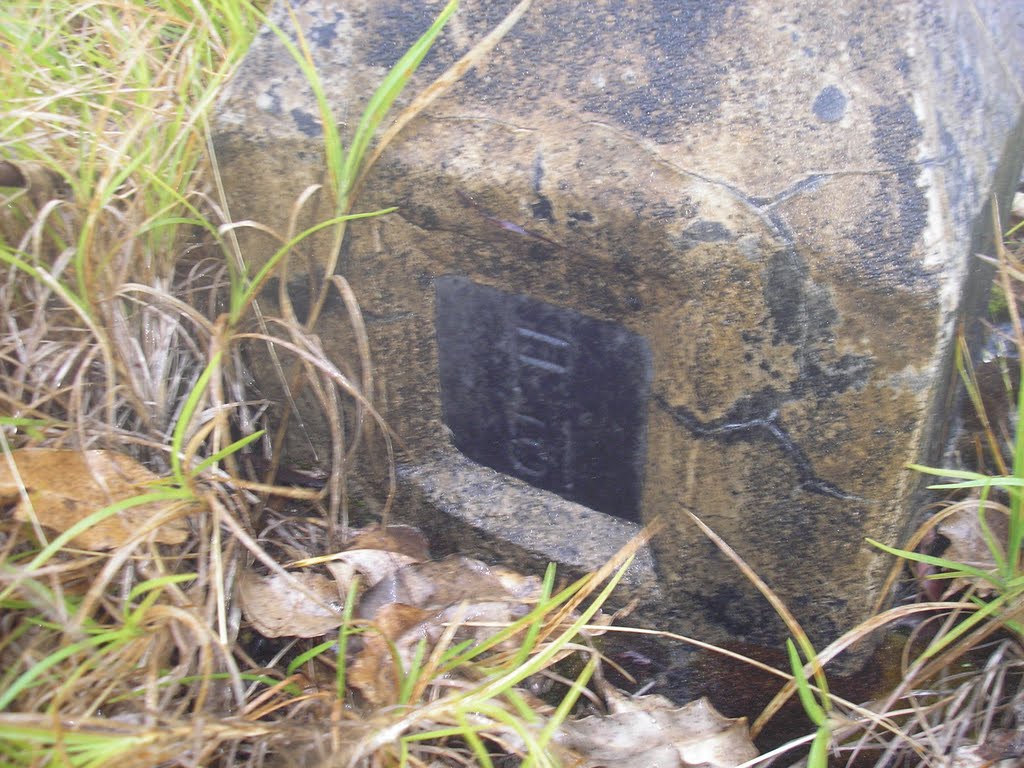 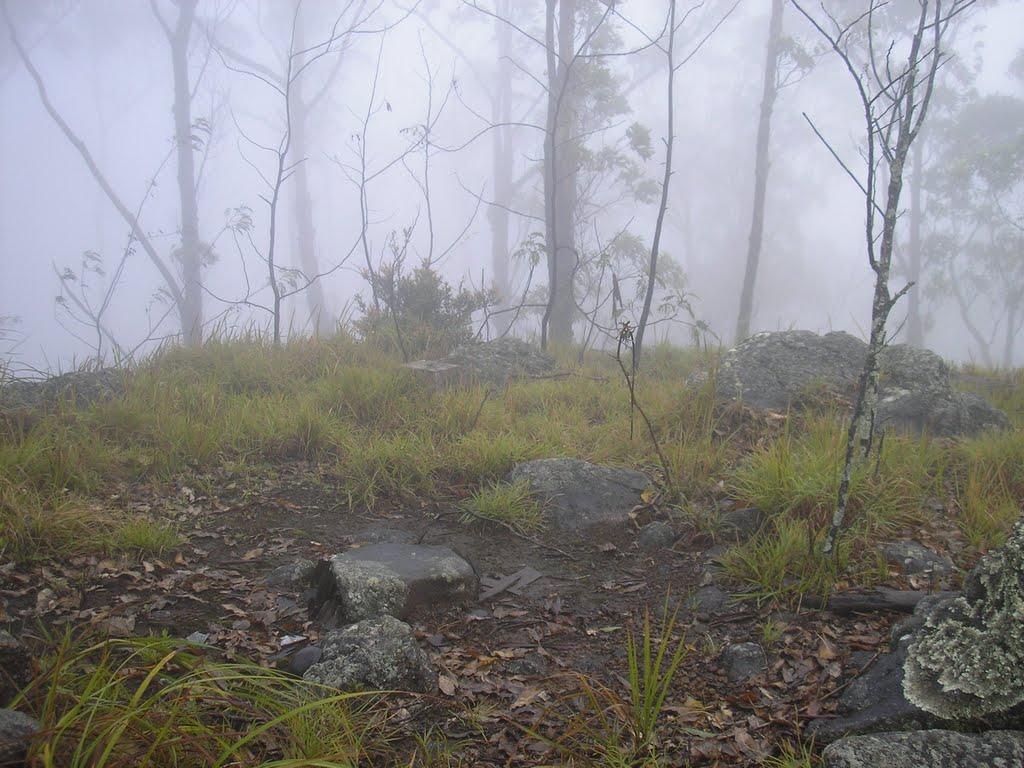 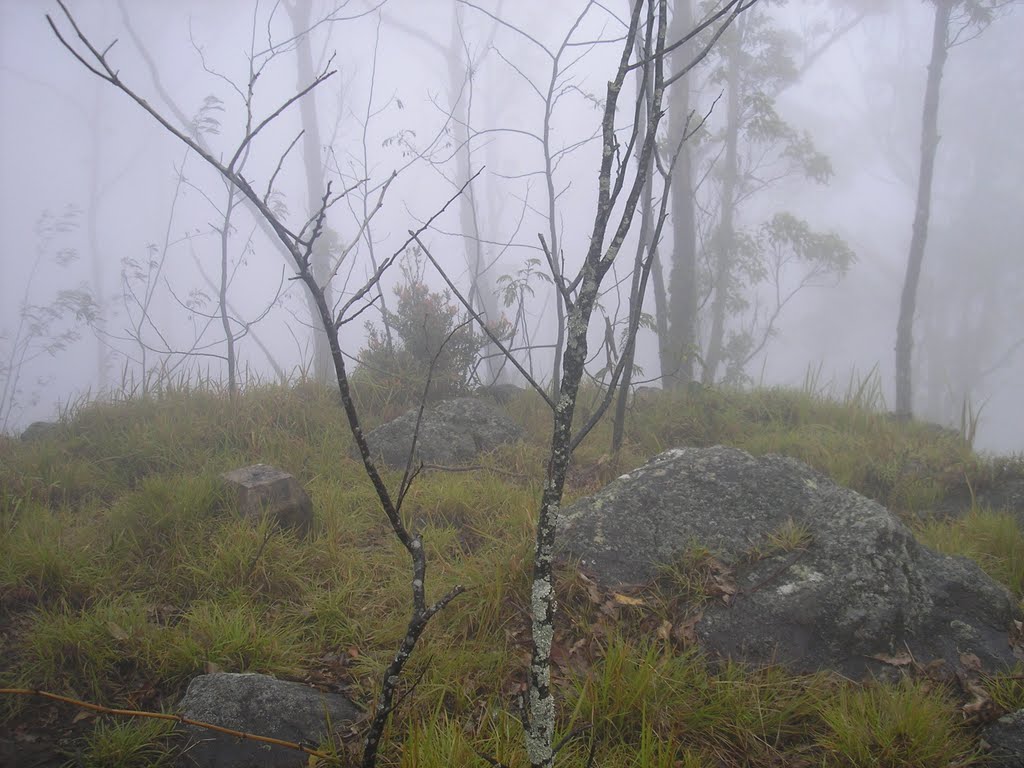 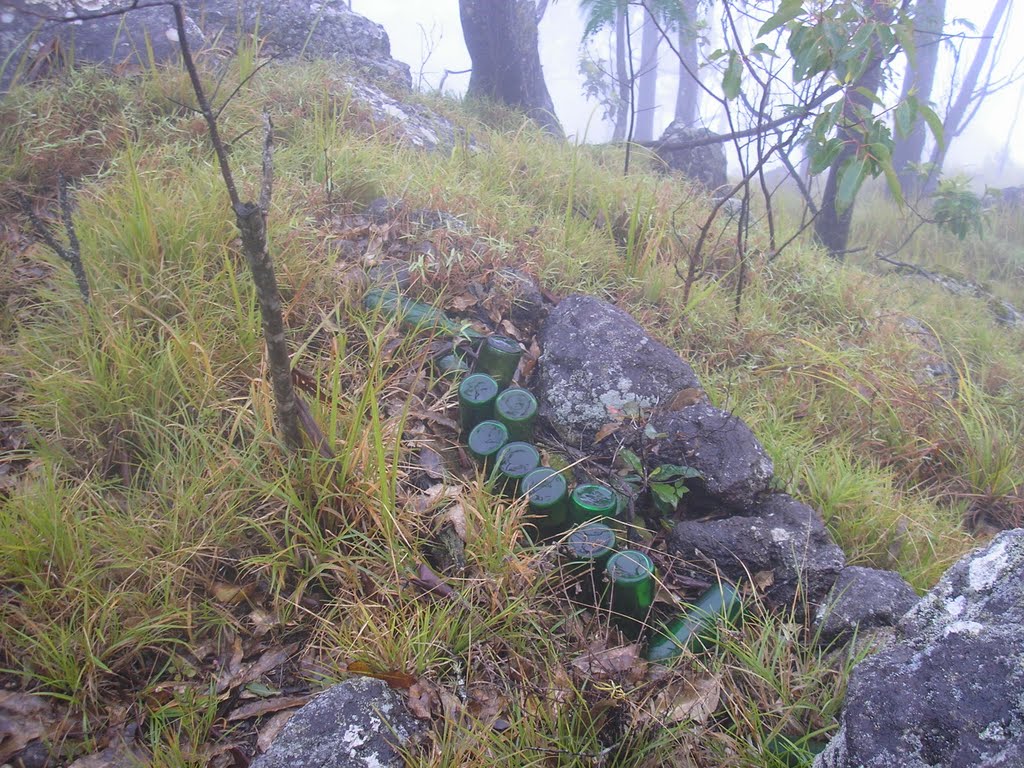 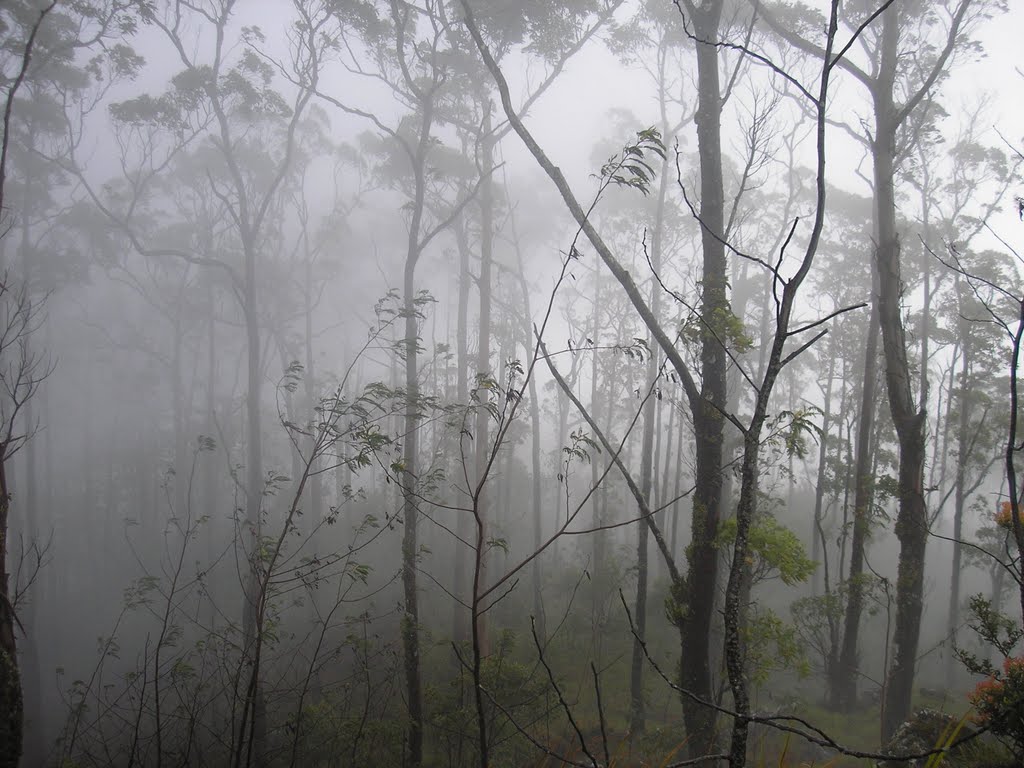 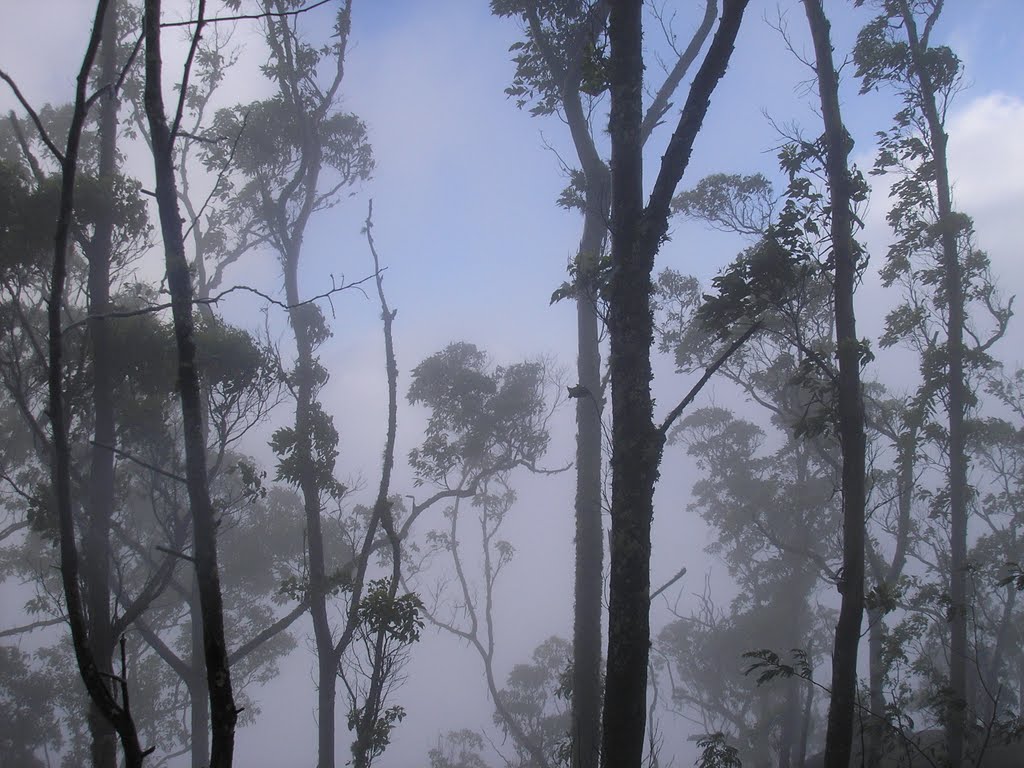 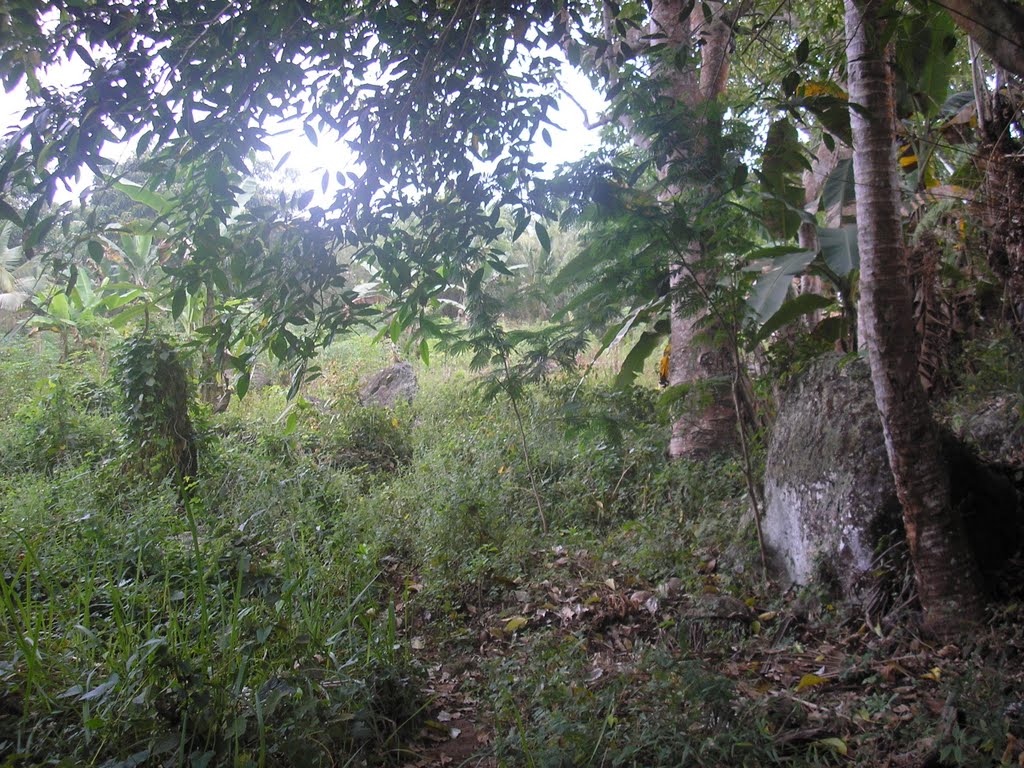 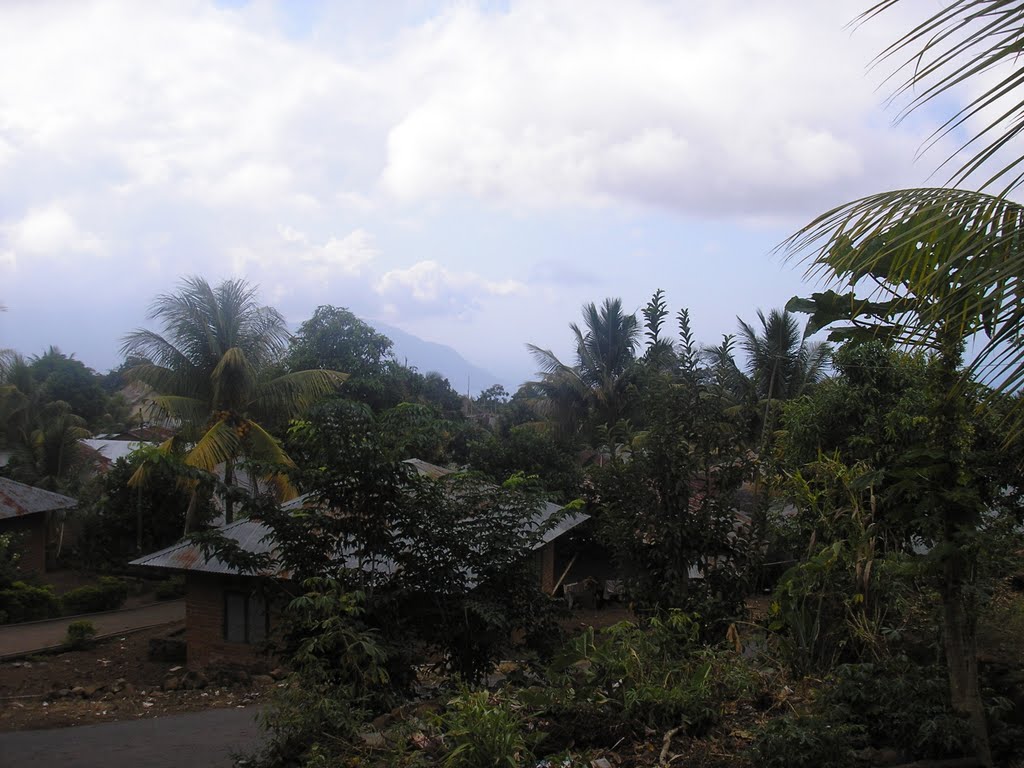 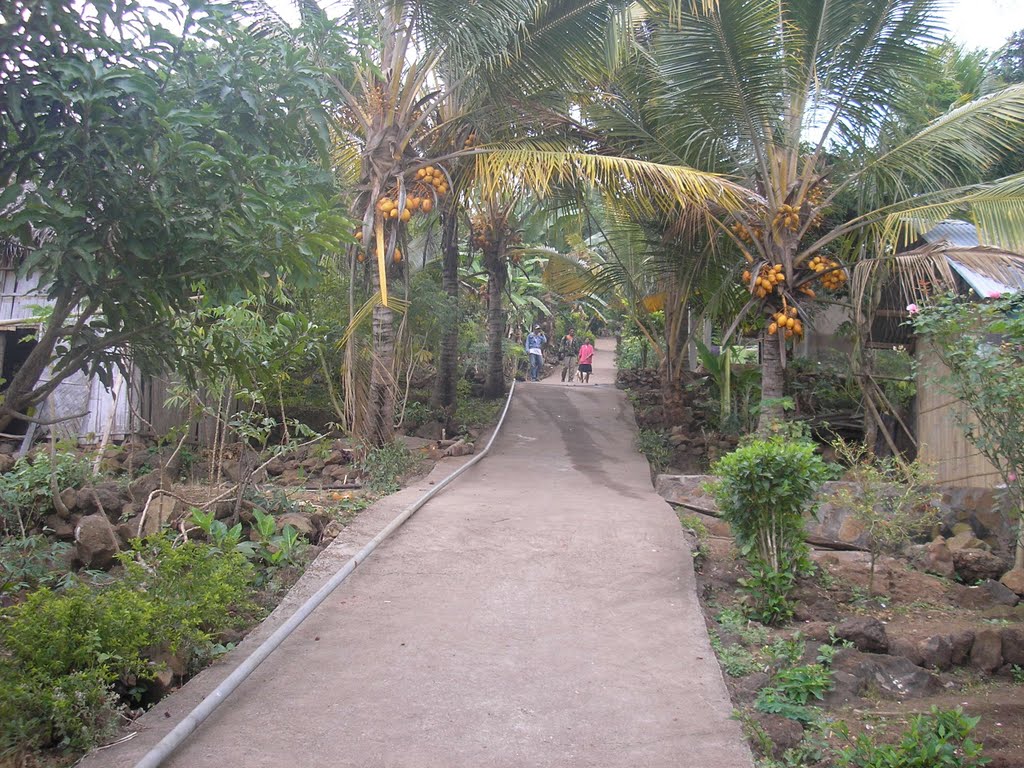 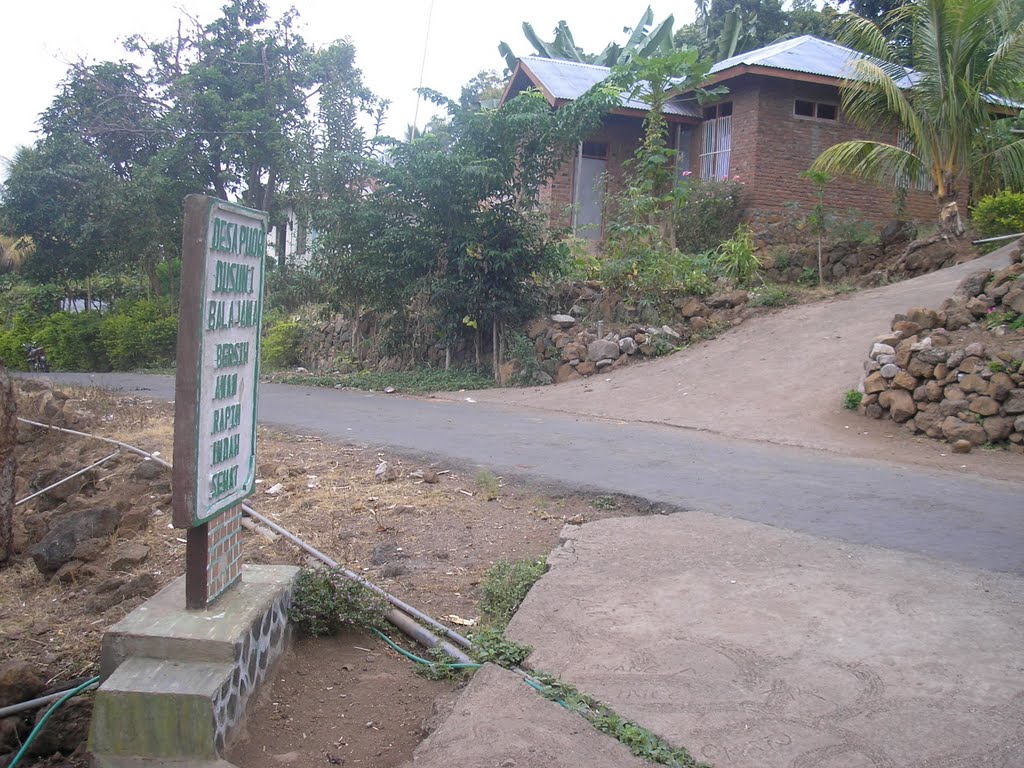 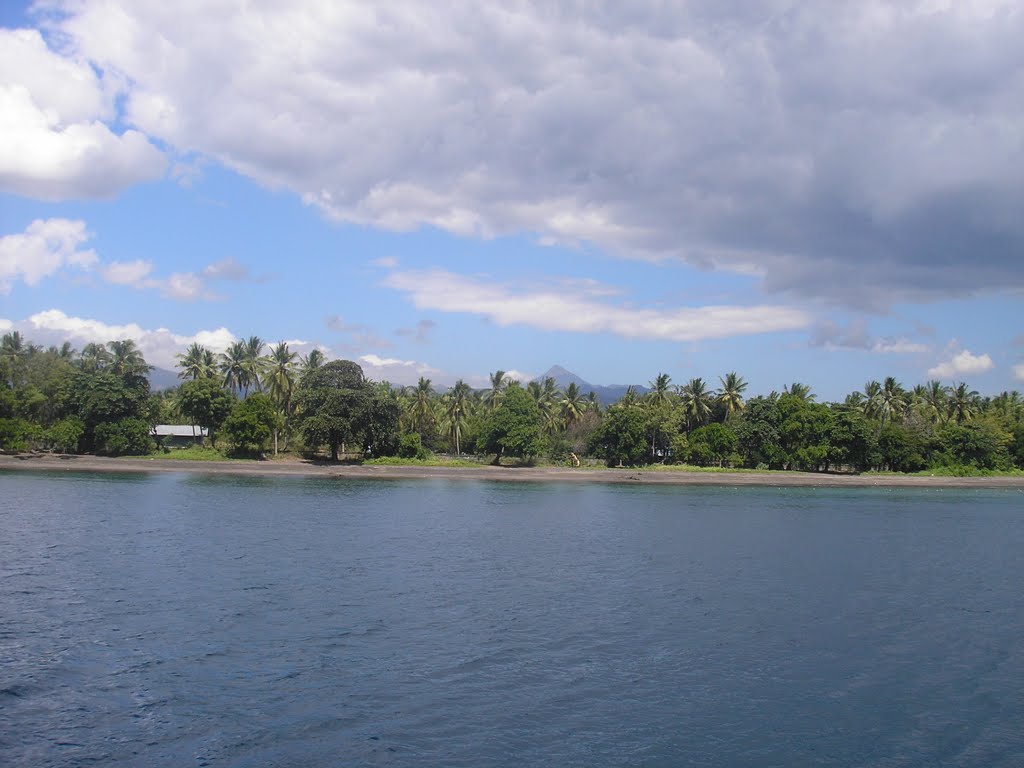 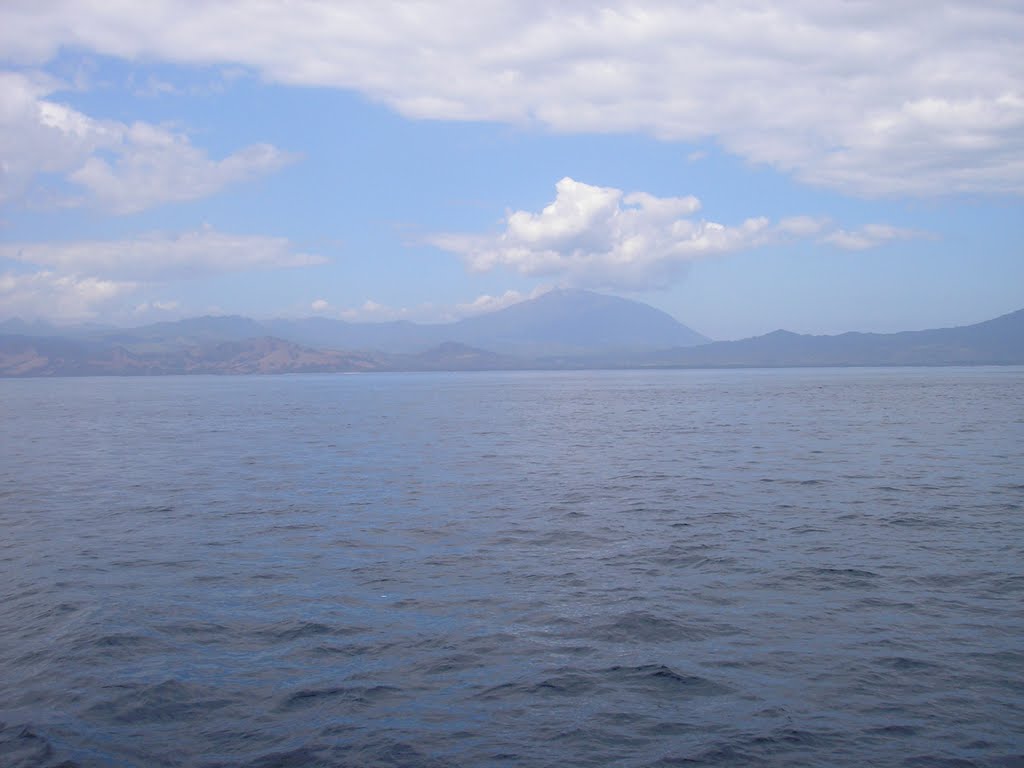 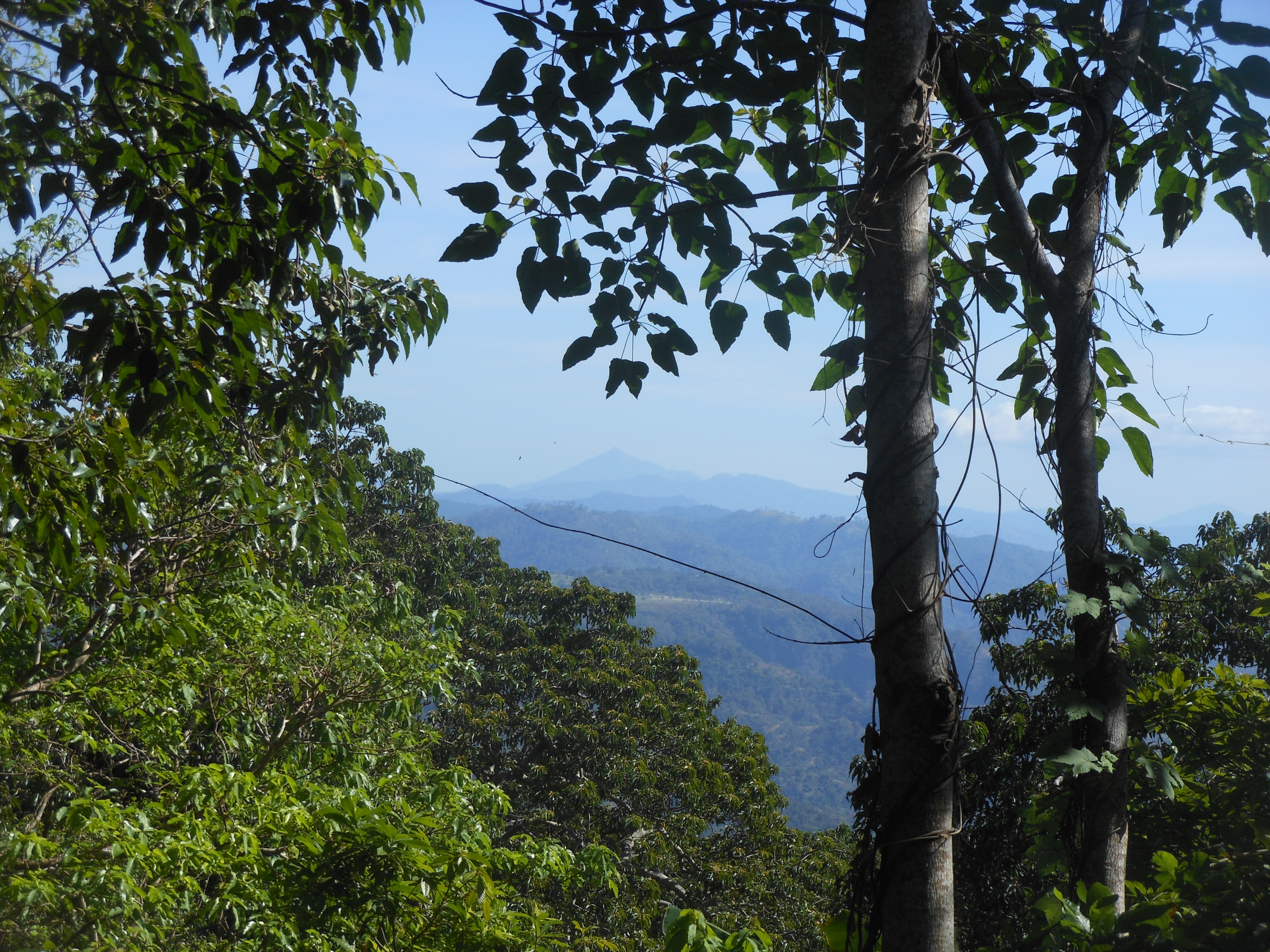 This mountain is the highest peak on the island of Lembata but it is very rarely climbed, even by local people. Its name is almost definitely a different spelling of ‘belakang’ which means ‘behind’ in Indonesian because from the usual boat approach to Lembata’s main port and town of Lewoleba it is somewhat hidden at the rear of the island, and is nowhere near as imposing as Lembata’s great volcano Lewotolo (known to many as Ile Ape).

Finding a guide for this peak is quite difficult and local people seem reluctant to climb it due to local superstitions. If you ask at the Lewoleba hotel (the very helpful Robert and the driver Om Don) then they should be able to both put you in touch with one of the few islands residents who knows the trail and is willing to climb it plus they can provide expensive but adequate transport courtesy of the hotel 4WD to take you to the starting point at the small village of Puor (626m). It’s only 20km as the crow flies from Lewoleba to Puor but the road is mostly diabolical so it takes over 2 hours to reach!

From Puor, take a right turn up a cement road which leads through the village. At the end of the road rough village plantation full of weeds begins and route-finding would be very difficult if you were not with a guide. The faint trail leads up through this and a large boulder is reached (869m). Shortly afterwards the trail leads through denser forest before reaching two even larger boulders (1000m). Apparently there is a ‘whale stone’ of immense significance to local people (supposedly there was a large ceremony near the summit in 1975) on the hillside – perhaps one of these is it.

The terrain from this point is grassy but full of logs and rocks. The increasingly vague trail gets steeper and steeper, especially after 1,330m where care is needed to navigate round several cliffs and then between young trees. At this point there is not really a trail at all but the correct route – up! – is obvious. You should have reached the summit in just over 3 hours. The small summit area is crowned with a trig point, a few Indonesian banknotes, a ring of stones and a collection of upturned green glass bottles. The area is wooded even at the top but in good weather the views to Lewotolo (Ile Ape) and the coastline are superb.

It takes about 2 hours to descend the same way to Puor to begin the bone-shaking return journey to Lewoleba!
Bagging information by Daniel Quinn.

The Mountain Behind. ‘Labalekang’ is almost certainly a different spelling of ‘belakang’, the Indonesian word for ‘behind’.

One thought on “Ili Labalekang”