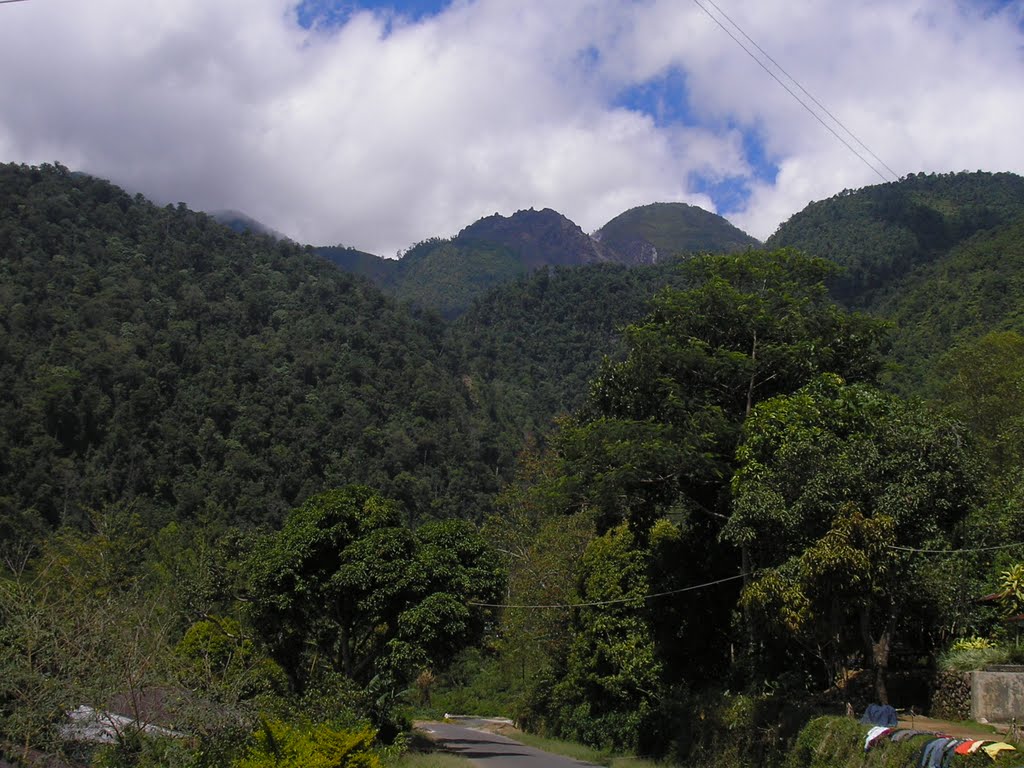 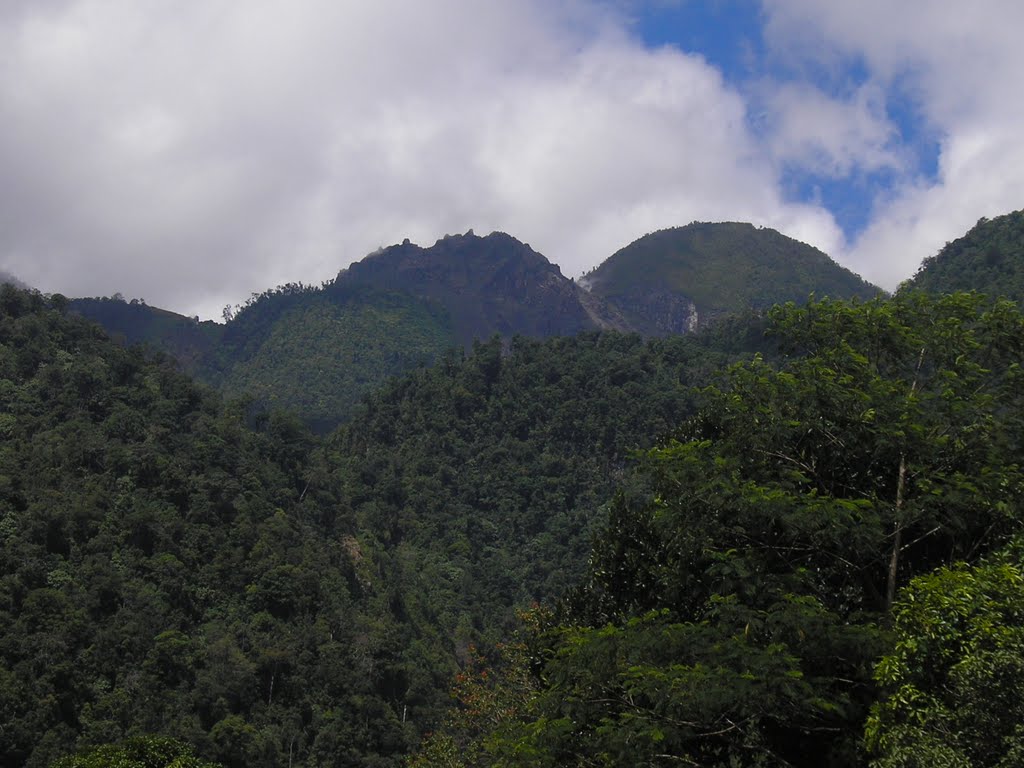 From the disused buildings, it is a tricky 2 minutes finding a little way up to the fence on the left and pulling yourself up to the true highest point of the mountain. You could, of course, alternatively climb the bent tower as it bends right over to the true peak, but this would be incredibly dangerous indeed. The true summit (2,277m on the Bakosurtanal map but a little higher according to GPS readings) is crowned with a tall cement pillar marked ‘P31’ but the views are very limited, except in the direction of Poco Ngandonalu and the other 2000m-plus tops in the Mandasawu mountain range, which the sun should now be shining brightly on. It may be possibly to cut your way down the other side of the mountain for a closer look at the Anak, but it doesn’t look like many people have tried.