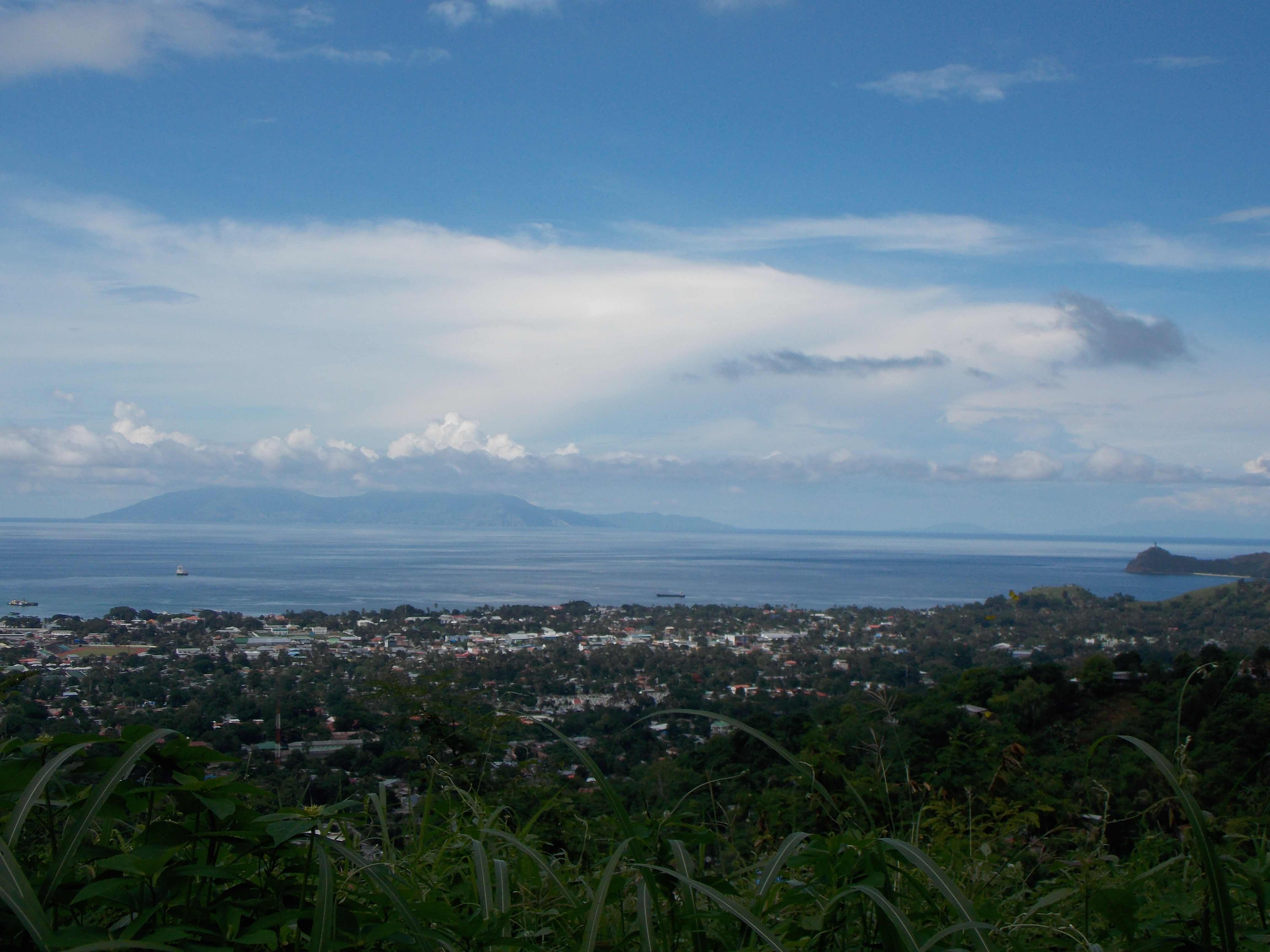 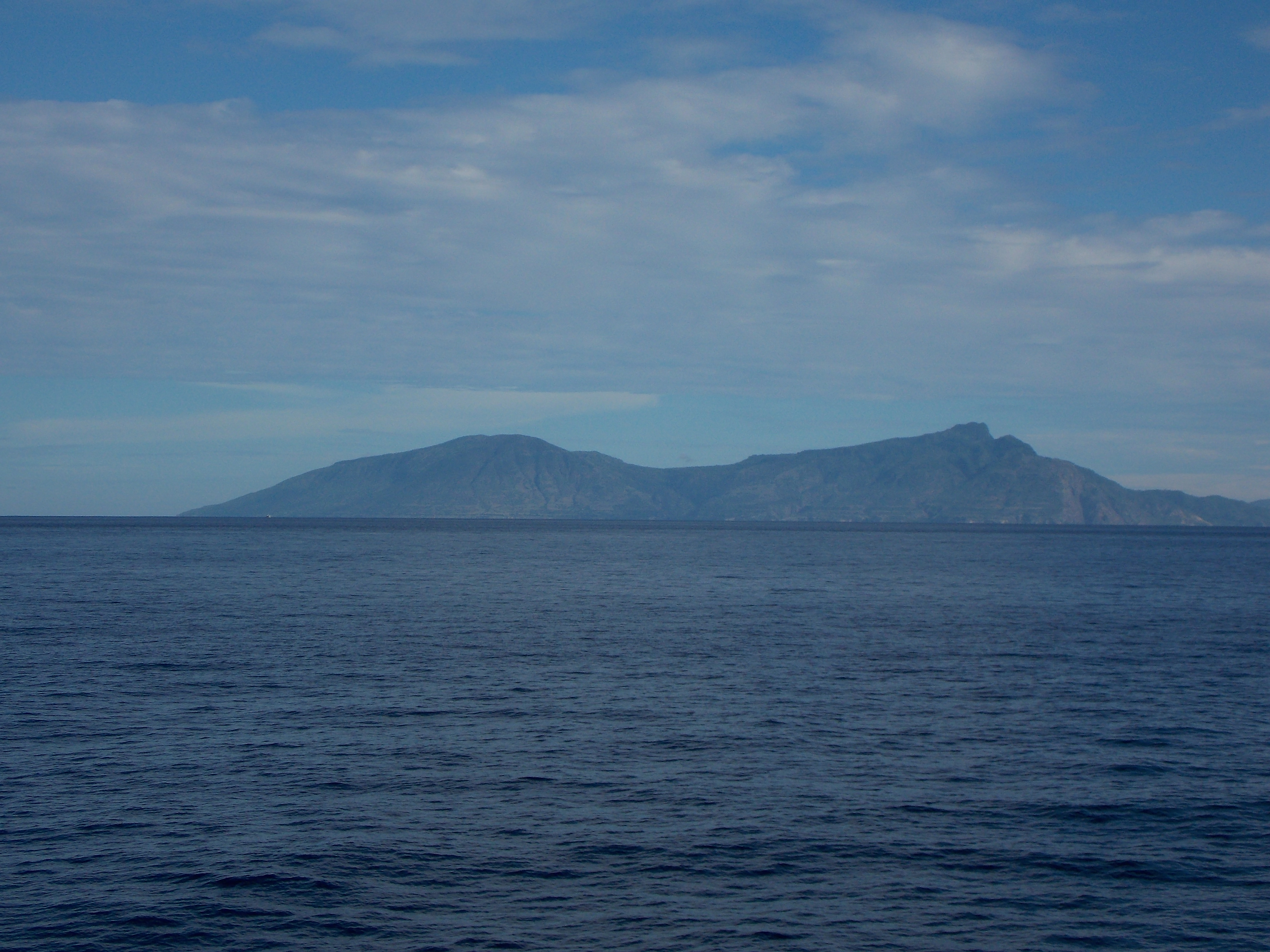 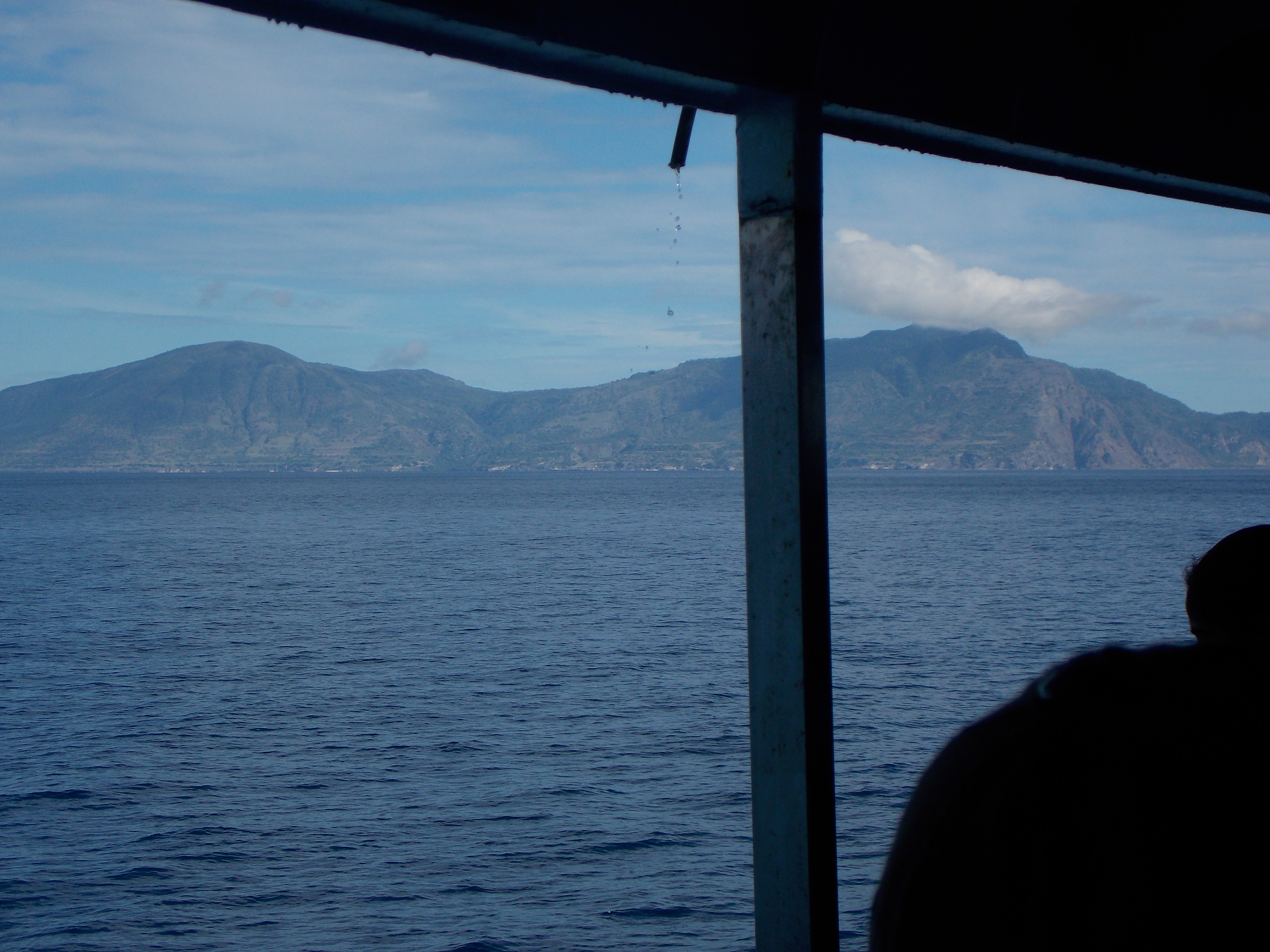 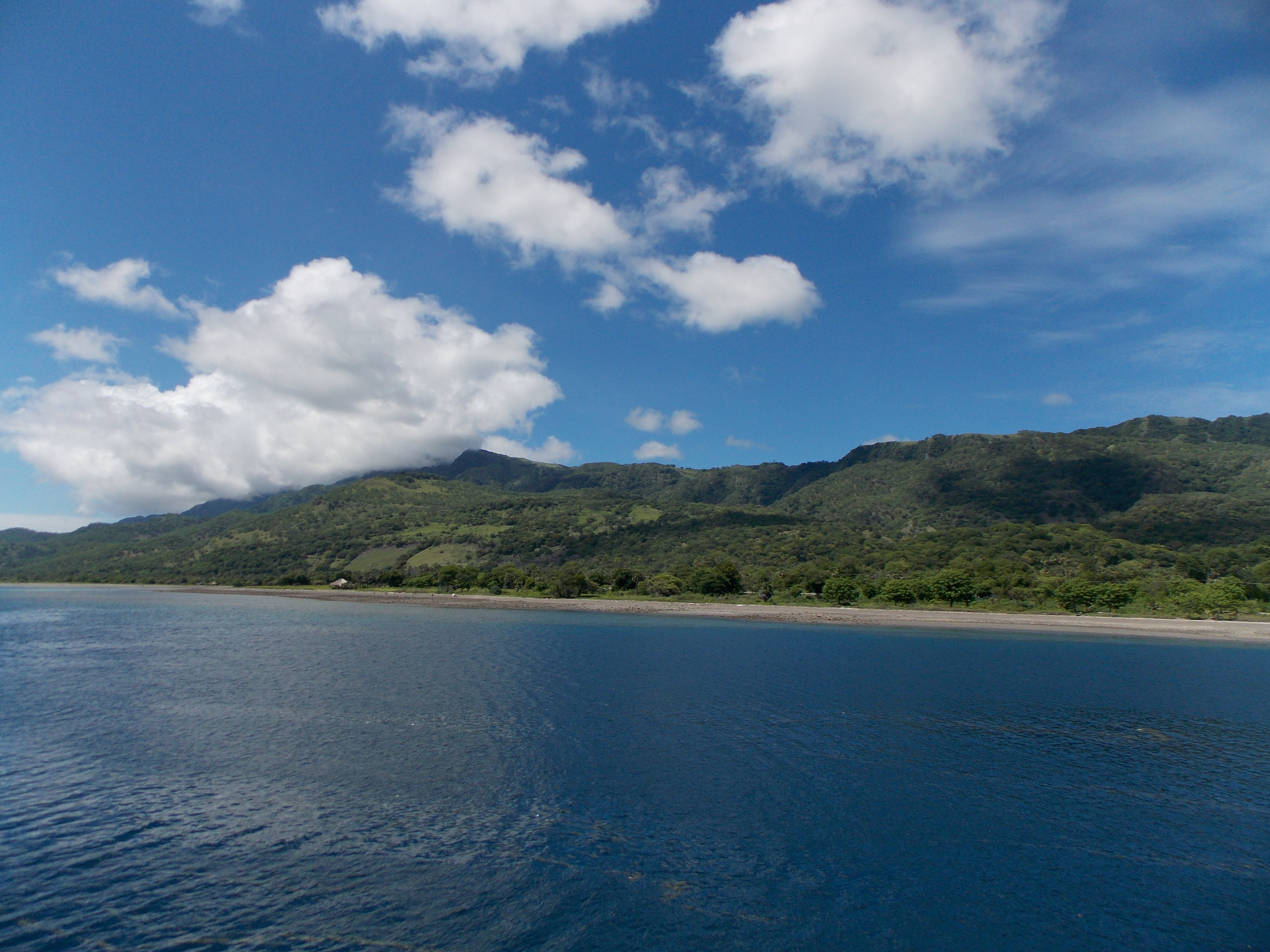 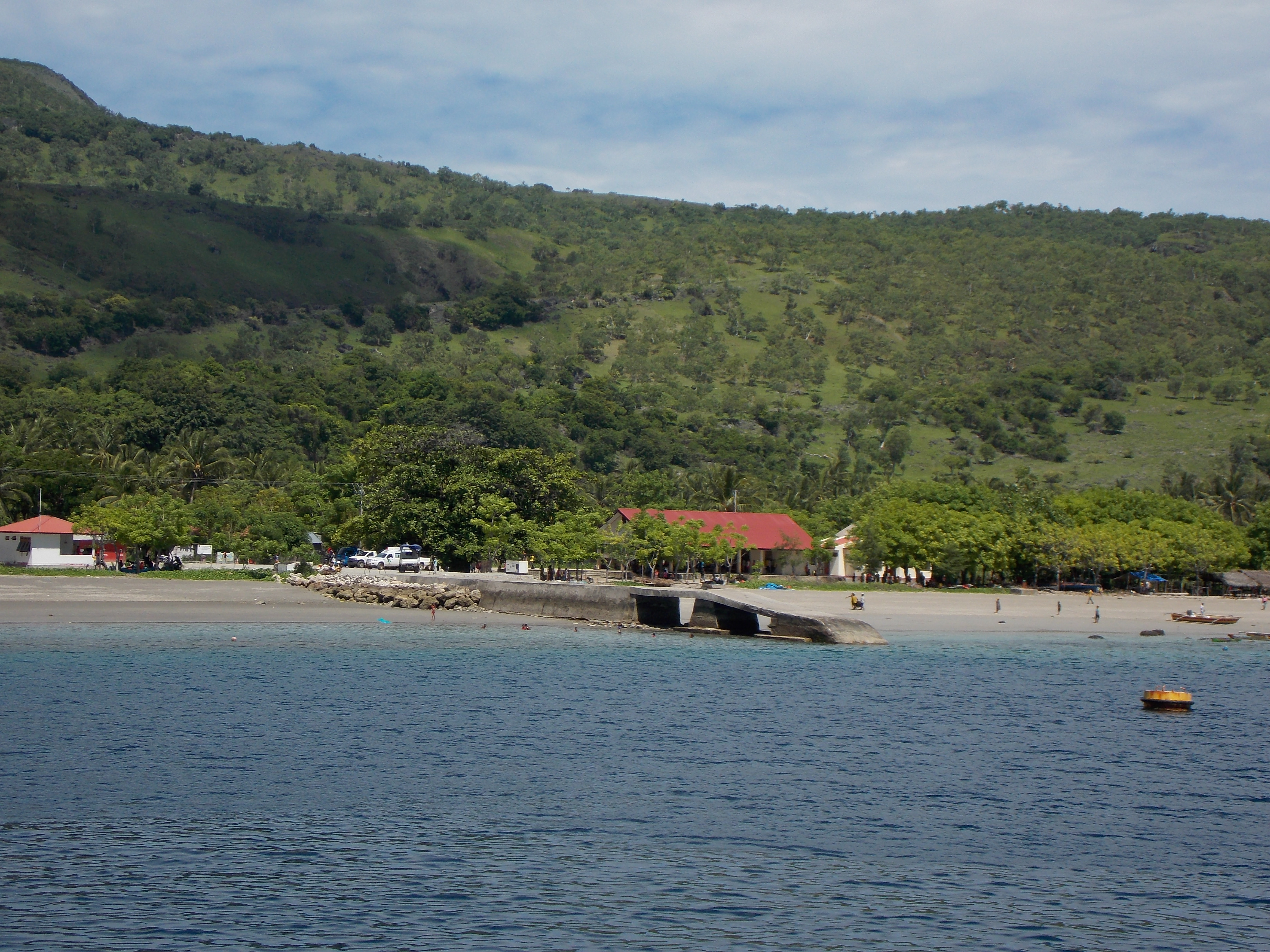 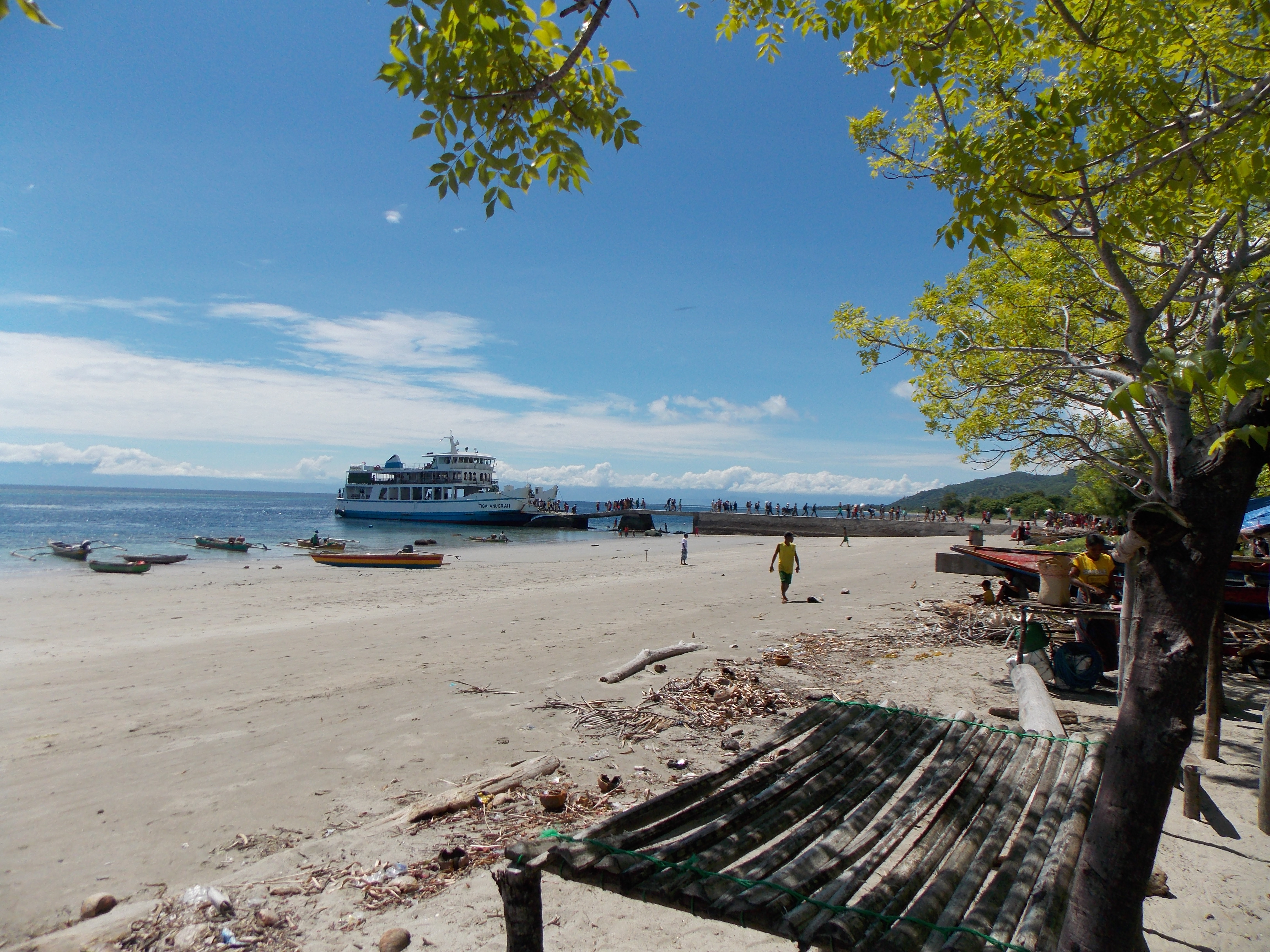 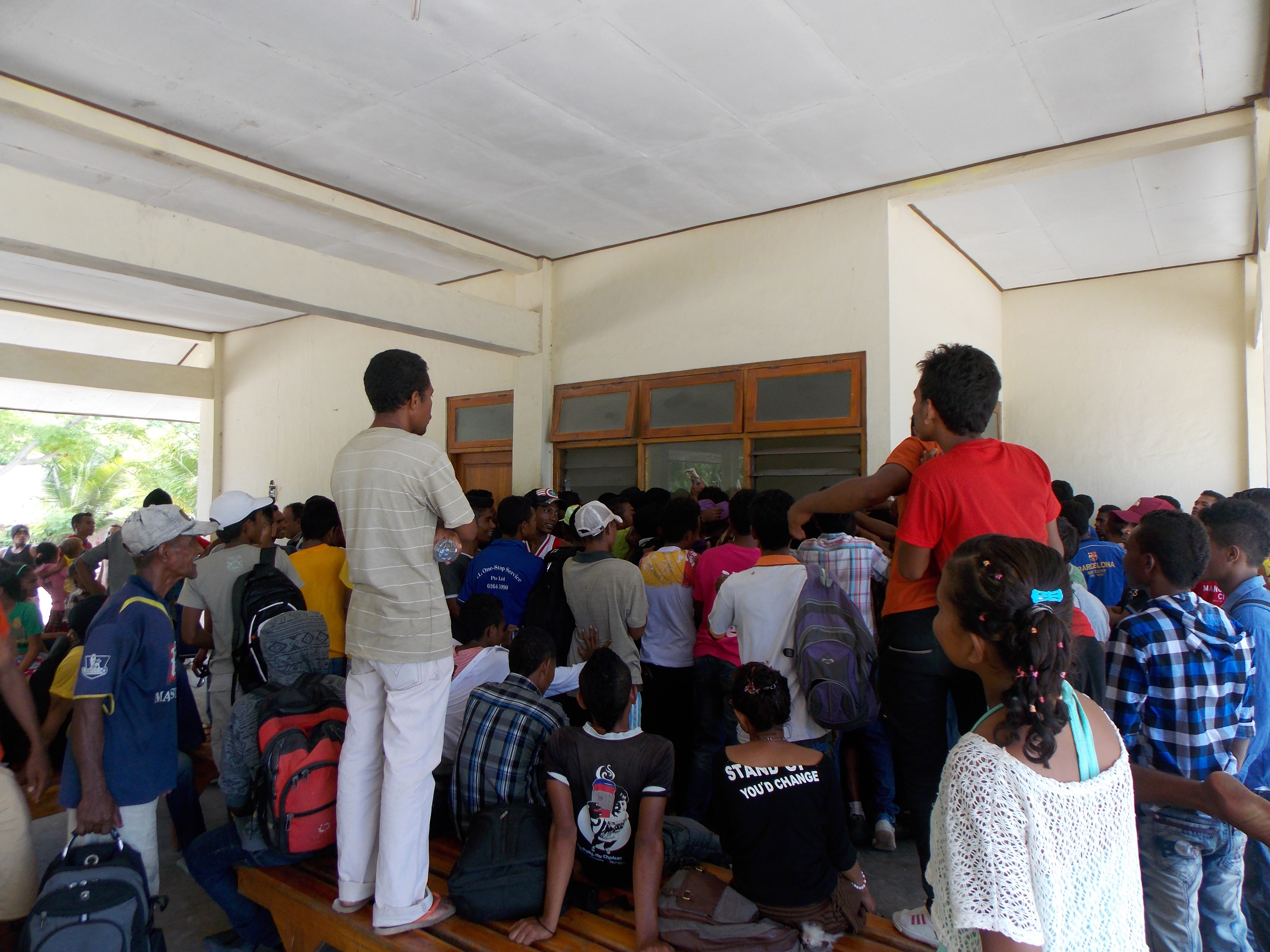 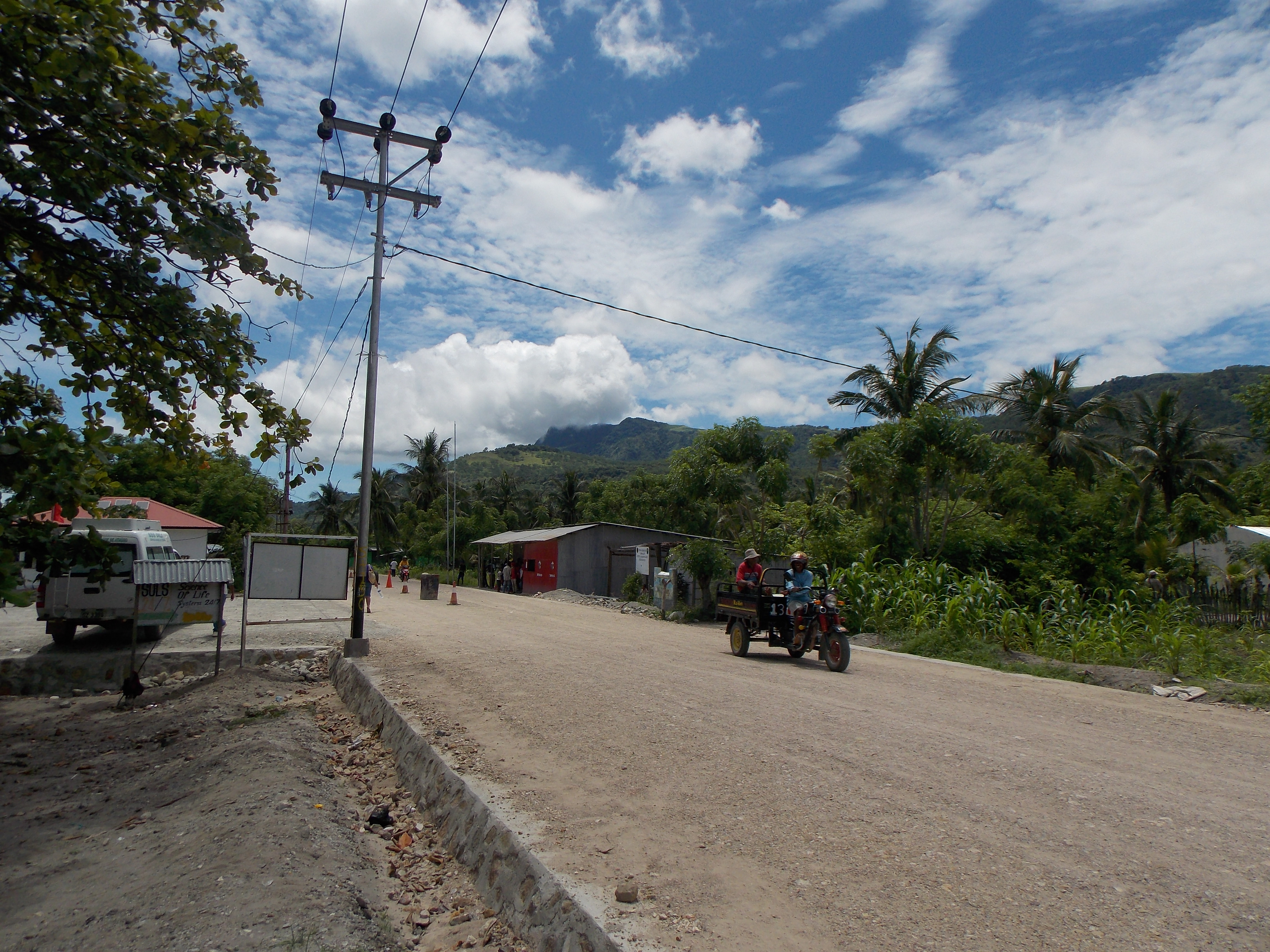 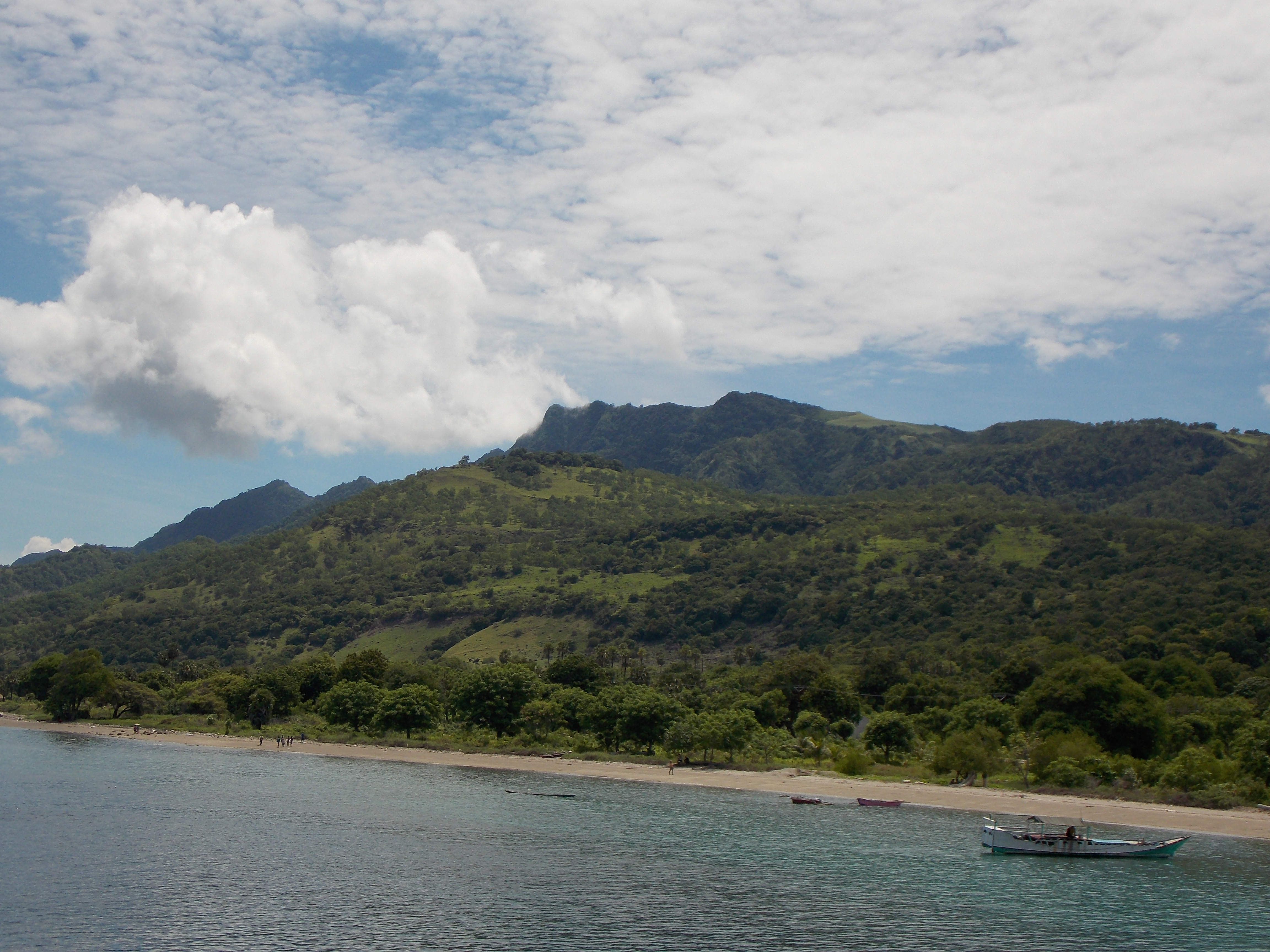 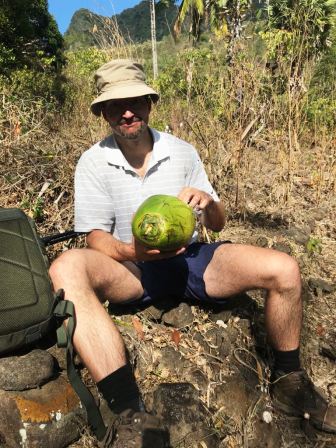 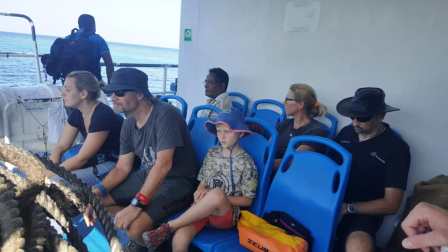 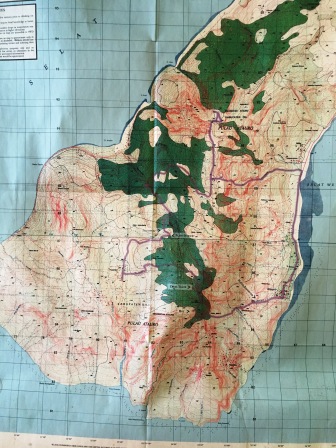 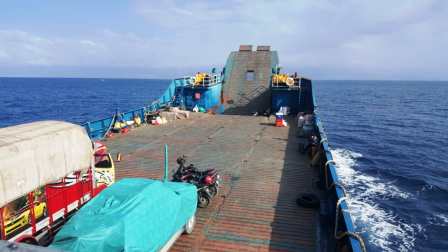 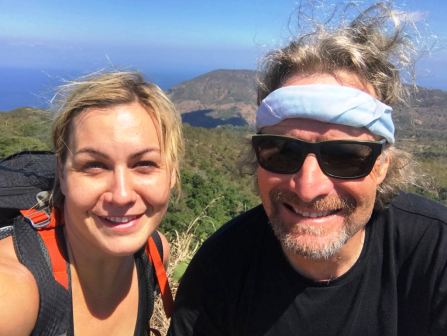 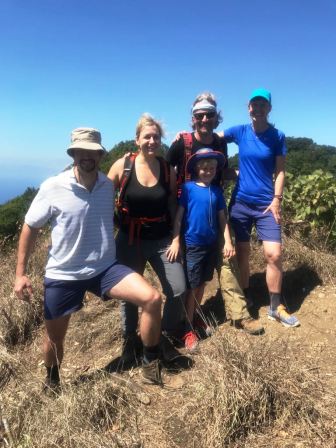 Gunung Manucoco (995 m), sometimes spelt ‘Manukoko’ (probably the Indonesian spelling), is the highest point on the island of Atauro (pronounced ‘ata-uro’) and located on its southern-most corner. Atauro Island lies off the north coast of East Timor and is visible in the distance (about 36 kms) from Dili. East Timor, Atauro Island and Jaco Island, located off the north-eastern tip of East Timor, together comprise this fascinating country of Timor Leste.

Atauro Island is about 25 kms long, 9 kms wide and 140 sq km, with a population of about 9,000 who speak three local languages. The lingua franca of the island is Indonesian and Tetum. The people in the north are Catholic and those in the south Protestant; traditional beliefs and practices are still very much a part of daily life. Historically, Atauro was used by both the Portuguese and Indonesian governments as a place of exile. Its isolation made it a natural prison for dissidents and supporters of the resistance against the Indonesian military. The Portuguese fled here from Dili for safety in 1975.

The Government is promoting Atauro as a tourist destination: “Enjoy the peace and tranquillity of a naturally beautiful, simple and unspoilt part of the world. Snorkel in clear water and see an amazing pristine underwater world of incredible diversity. Go scuba diving on some of the best and untouched coral reefs in the world. Climb Manucoco.”

Our group visited Atauro and climbed Gunung Manucoco to conclude a 4WD-trip trekking three other peaks in Timor Leste’s high country – Ramelau, Mundo Perdido and Matebean Mate. It was a delightful conclusion to the trip with excellent snorkelling and relaxation in a beautiful beach setting.

Gunung Manucoco is a wonderful trek affording panoramic views across the island and its idyllic coastline. The mountains are mostly limestone with some ancient volcanic rock formations. Manucoco is regarded as sacred. The trailhead is located some 4 km south of Beloi, on a road heading inland from the coast road, several hundred meters towards new military barracks. A local guide is recommended both to locate the trailhead and to navigate the numerous tracks that crisscross the lower reaches connecting plantations both on the ascent and descent.

Barry and his wife organised a driver to the trailhead ($2 per person) and guide ($15) for the hike at short notice. Although some people made the trek sound like a “walk in the park”, Barry’s appreciation was more realistic. The only easy section was the descent where we walked through areas of rolling green hills with white-barked Eucalypt trees. Bring the usual 3-4 litres of water and some snacks (provided by Barry’s Place).

Our guide was excellent and we tipped him well. He even brought walking sticks if needed. He stopped for regular breaks and climbed a coconut tree to provide fresh drinks for each of us, which was most appreciated.

The trek commences some 100 metres above sea level. Allow 3 hours up and 2 hours down to complete the trek if returning by the same way. An alternative, which we chose, is to traverse over the ridge to the village of Anartuto from where it’s a 3-hour march back to the trailhead mostly on a dirt road.

Starting at a low altitude, this is a relatively hot trek. The trail is in three sections. Initially, the trek is dry and quite hot. (Our 9 ½ year-old trekker did not enjoy the heat – but did complete the whole trek). We passed a few small farms including coconut and pineapple plantations. The countryside resembles the dryness of the Komodo islands.

The middle section is easier and more enjoyable with tall grass and scattered trees. (The tall grass was too high for our young trekker to see above so he missed out on most of the wonderful views.) Eventually, the path becomes narrow and winds its way up some rather steep slopes.

The final, highest section is through lush jungle and is much cooler. The trail emerges at a junction on a saddle where a spur trail leads to the summit, while the main trail continues on to Anartuto Village. The last part to the summit is grassy with some bushes where the ridge narrows to some five metres or so.

While we stood on the summit of Manucoco over its survey mark, we couldn’t help but think that the adjacent peak, some 200 inaccessible metres further along the broken ridgeline, seemed just a bit higher. Whether or not this was an optical illusion, we were delighted with the view on hand and satisfied that we were at the true summit with the survey mark at our feet.

We returned via the village of Anartuto – an easier trail, descending slowly through grasses, Eucalypts and plantations. Unexpectedly, we encountered an annual beetle nut festival with lots of activity and local goods for sale. Our guide took us through various shortcuts to limit the distance along the dirt road (some 18 km) arriving eventually at the military barracks and original trailhead.

Manucoco is a highly recommended trek on a visit to the beautiful Island of Atauro, Timor Leste.