The island of Tidore consists mostly of this now dormant volcano and many people still refer to it as Mount Tidore or Gunung Tidore. Kiematubu is featured on the Rp 1000 bank note and is a beautiful symmetrical cone shape especially when seen from Ternate island. Interestingly, it is slightly higher than Ternate’s legendary Gamalama volcano yet easier to climb due to the higher trailhead.

The starting point is the hill village of Gurabunga which lies roughly 646 metres above sea level and can be reached via ojek or car from the island’s main town of Soasiu. This high start means that strong hikers can get to the summit in under 3 hours and descend in just over 2 hours. If you are staying in Ternate island, the first ferry leaves for Tidore at 7am and the last one returns to Ternate at 5pm. Additionally there are local private boats but you could easily spend hours negotiating a reasonable price. It takes less than 1 hour by car/motorbike to reach Gurabunga from the ferry port but that should still leave you enough time to climb Kiematubu as a day trip to the island. If you have met a good driver in Ternate, it is a good idea to take him over to Tidore for the day in order to save time.

You will know have arrived in Gurabunga from its very nice football pitch. Stop by the mosque on the other side of the road from the football pitch and ask for a guide. The going rate appears to vary considerably – between Rp 100,000 to 300,000. Since the trail up the mountain is very straightforward, a good option is hire a guide only to help you navigated through the farmland to the “kaki gunung” or true starting point. This service should cost as little as Rp. 50,000. The trail up Kiematubu through the forest is quite steep, but not eroded and in good condition. There’s a bit of trash/litter but it’s not too bad. You should reach the edge of the forest (935m) after about two hours, 3 hours for slower hikers. At one point near the beginning the track widens out to almost the width of a car. You need to make sure you take a left turn next to a nutmeg tree about 50 metres before a wooden hut. This smaller trail descends slightly before ascending steeply up the side of the mountain. After two hours of hiking, the route follows a small stream running down from the peak. There is usually water to be found at this point.

After the edge of the forest, the vegetation is mostly comprised of ferns, shrubs and reeds. In clear conditions you should be able to see the volcanic cone of Gamalama to your right, Gurabunga village way back down the track, plus Kie Besi volcano (in the distance on Makian island) and Halmahera to your left. It is just over half an hour from the edge of the forest to the edge of the dormant crater. It is then a pleasant 10-15 mins hike around dormant crater summit to the summit, which is marked with a graffiti-covered cement pillar. The cliff edge of the impressive dormant crater is very steep and now overgrown with plant life – the steep drop down to north is quite amazing. The panorama from the peak is fantastic and there is room for 3 tents in between the reeds. Return the same way in just over 2 hours. 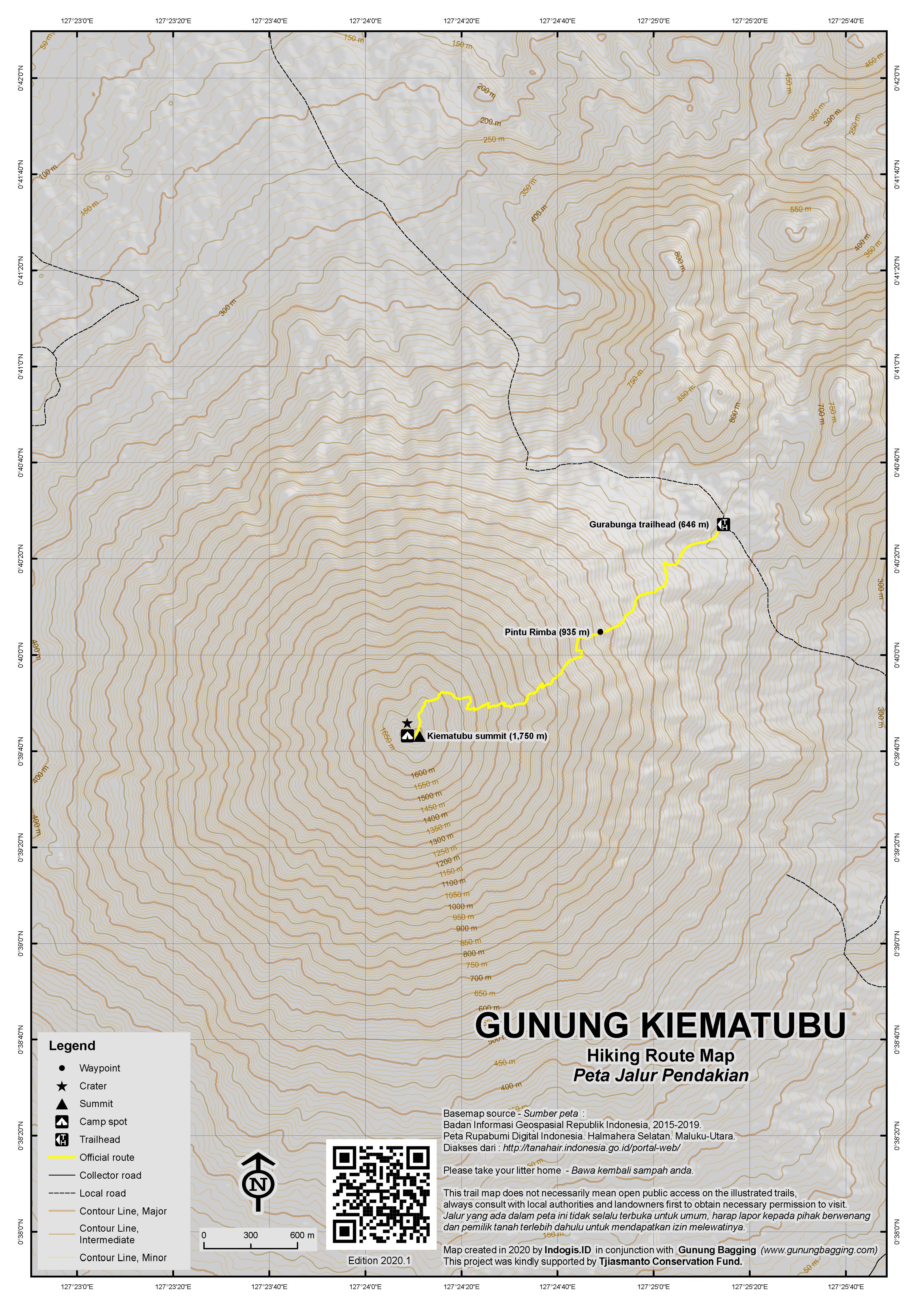 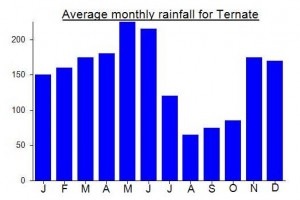