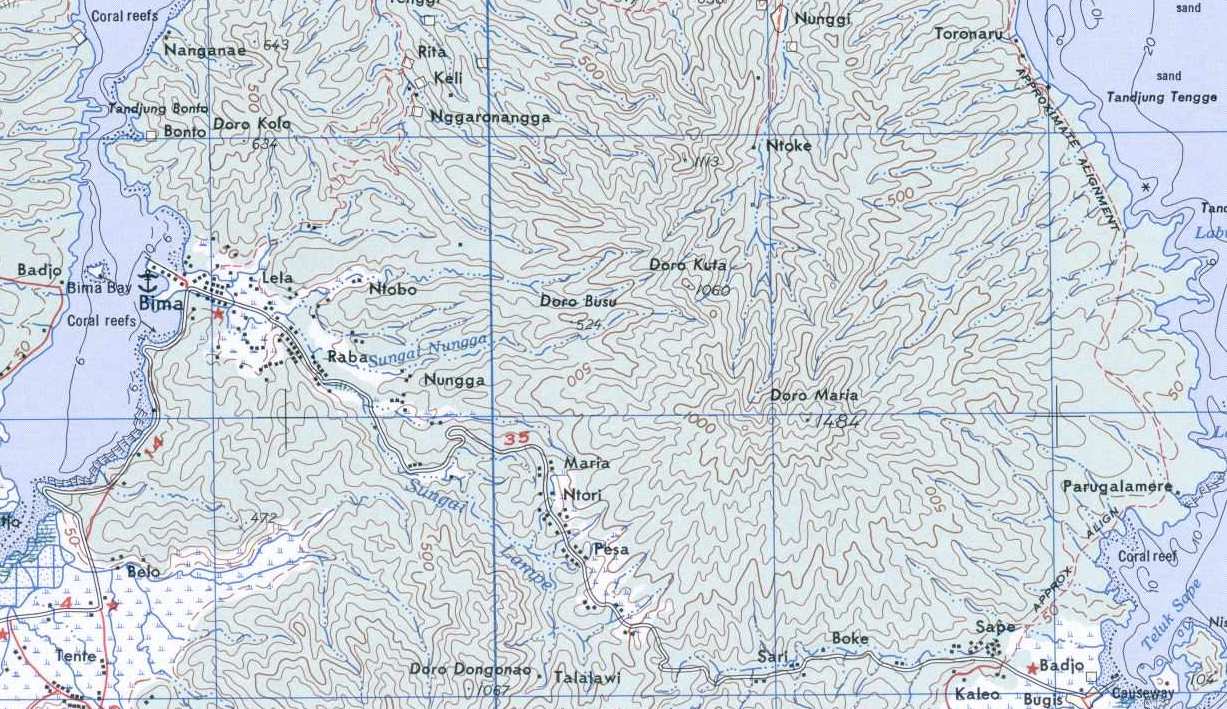 According to the Bakosurtanal map, the highest point of this range is Doro Pundunence, which they list as being 1,433m high. Doro Maria, which we formerly listed this range’s peak as being called, is actually 1.5m south-west with two peaks of 1,325m (east) and 1,385m (west).

It is unclear if either Doro Maria or Doro Pundenence are accessible, but there is a grassy spot 3 kilometres to the west of the peak at around 1,050m which is also known as Pundu Nence and is commonly climbed by local campers who enjoy the view below.

Pundu Nence (often shortened to Punce – pronounced pun-cheh) is usually climbed from Lelamase, and we do not currently know if this is the same route as a supposed other trail at Kampung Maria. Before Pos 1 are some old canons of unknown antiquity. Apparently it takes around 7 or 8 hours to reach Pundu Nence. It is not known if there is a trail to the true top of Doro Pundunence from Pundu Nence, but if there is it will be at least 2 more hours (one way) through forest. Old military maps suggest the summit is as high as 1,484m but this seems an over-estimate. Note that some maps call this peak Daria rather than Maria or Pundunence.

One thought on “Doro Pundunence”