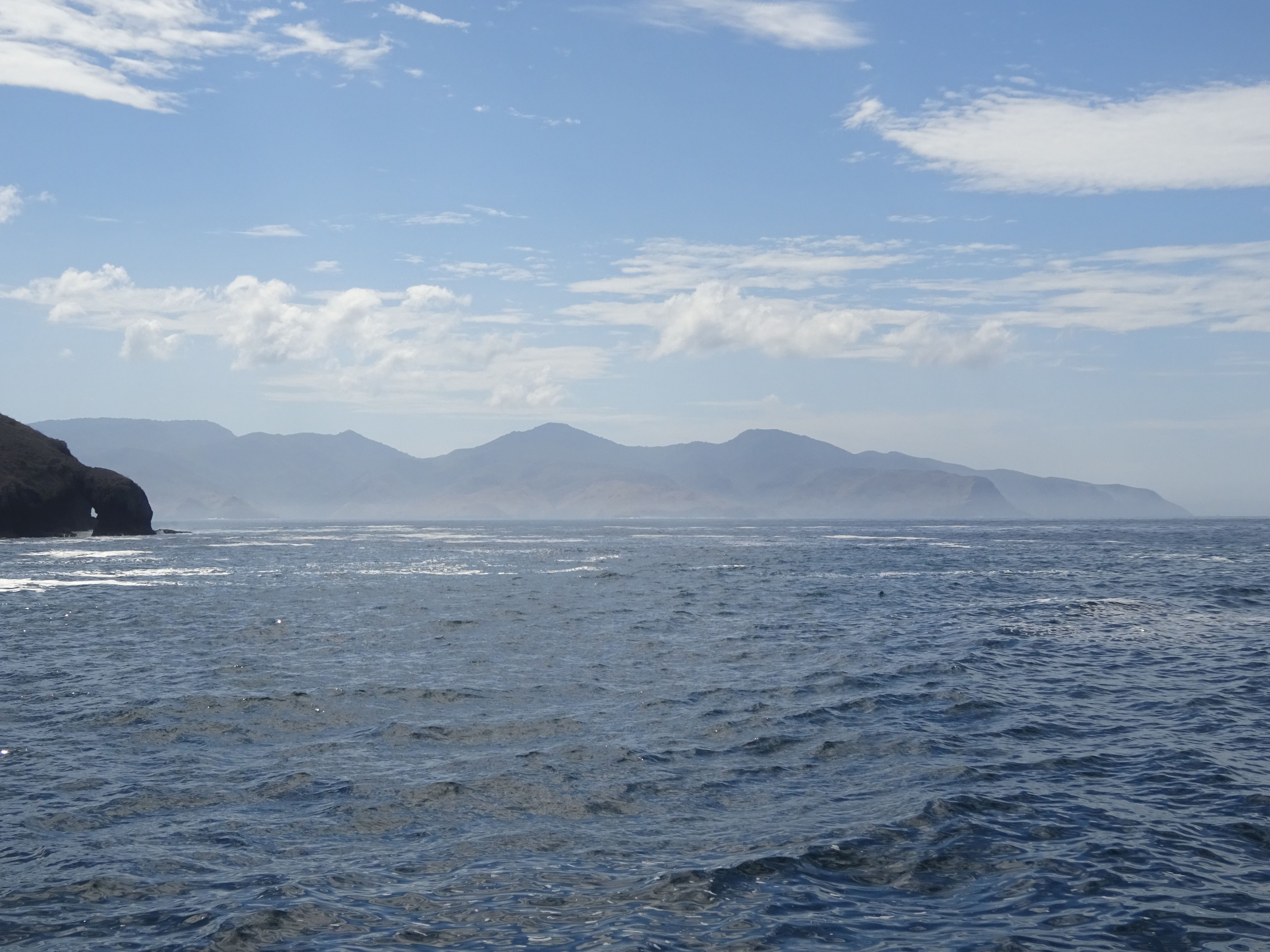 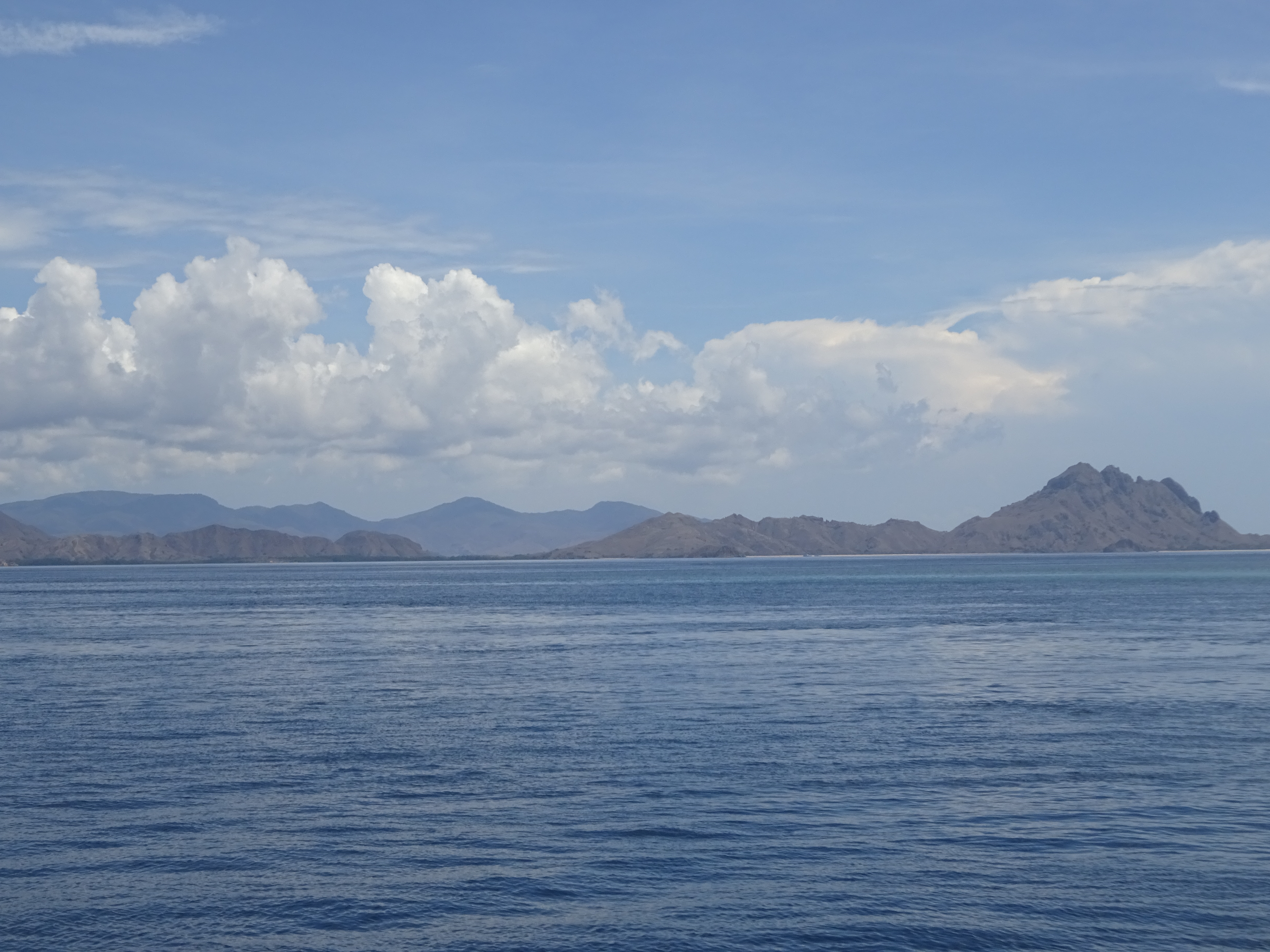 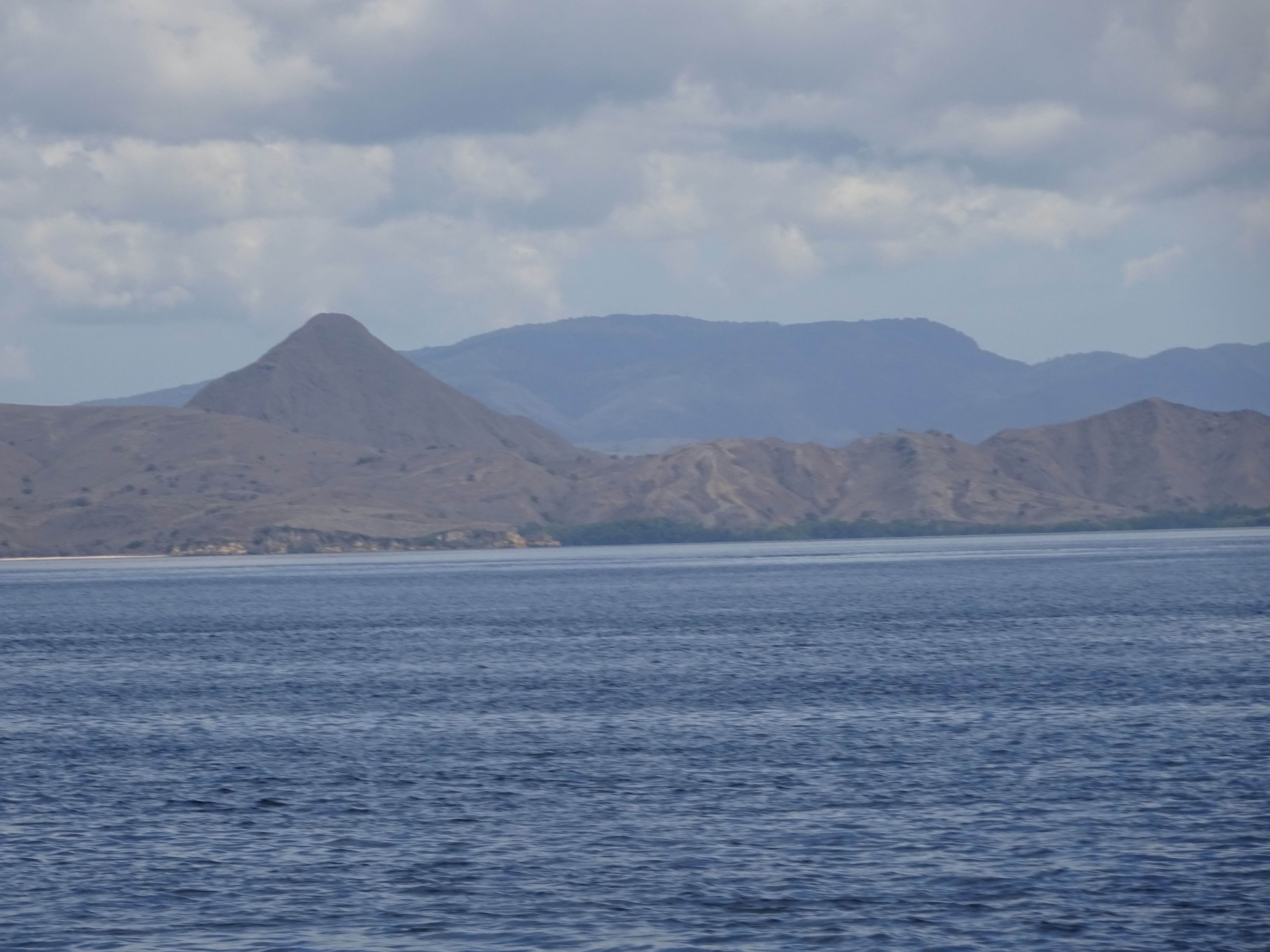 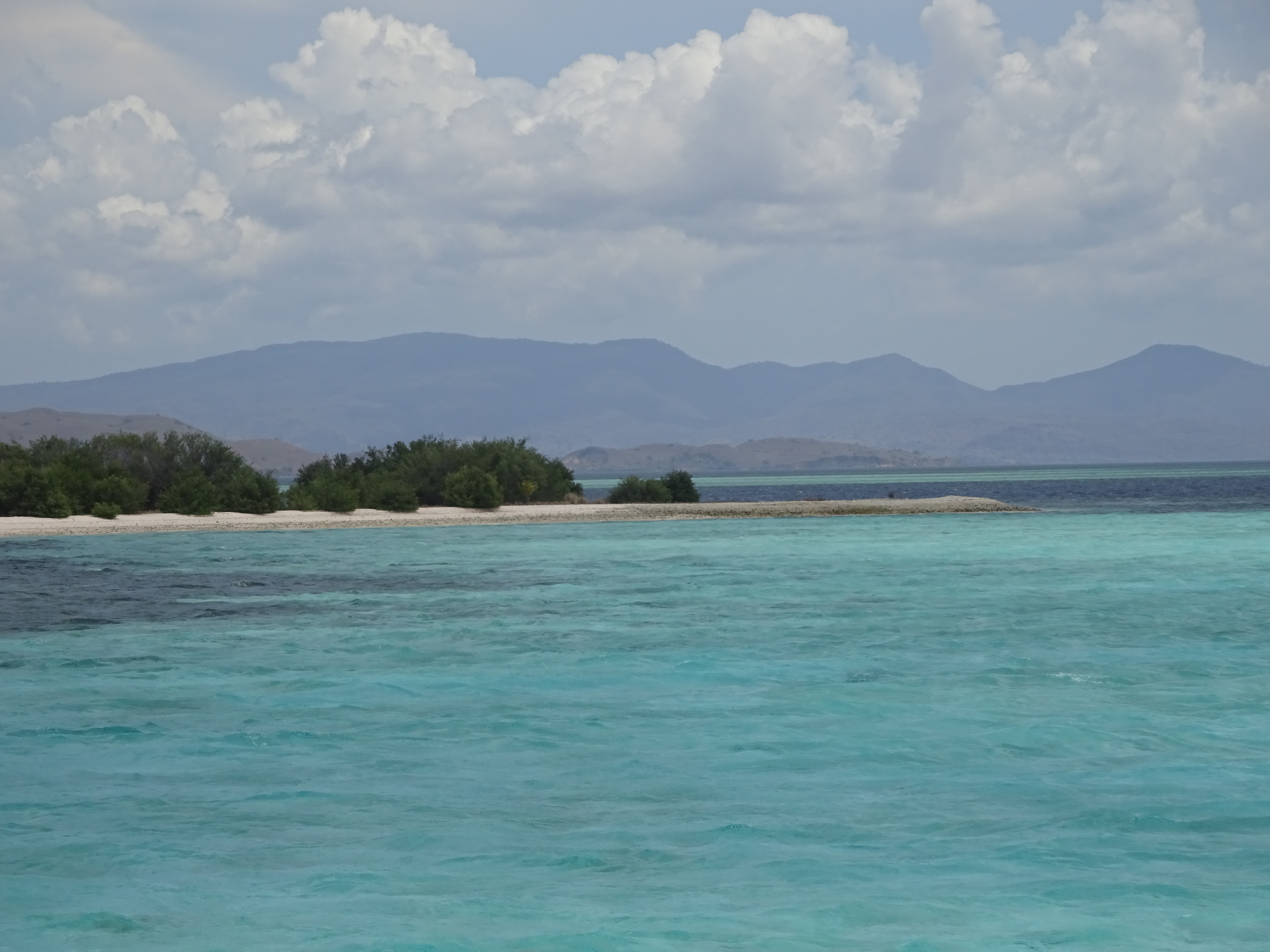 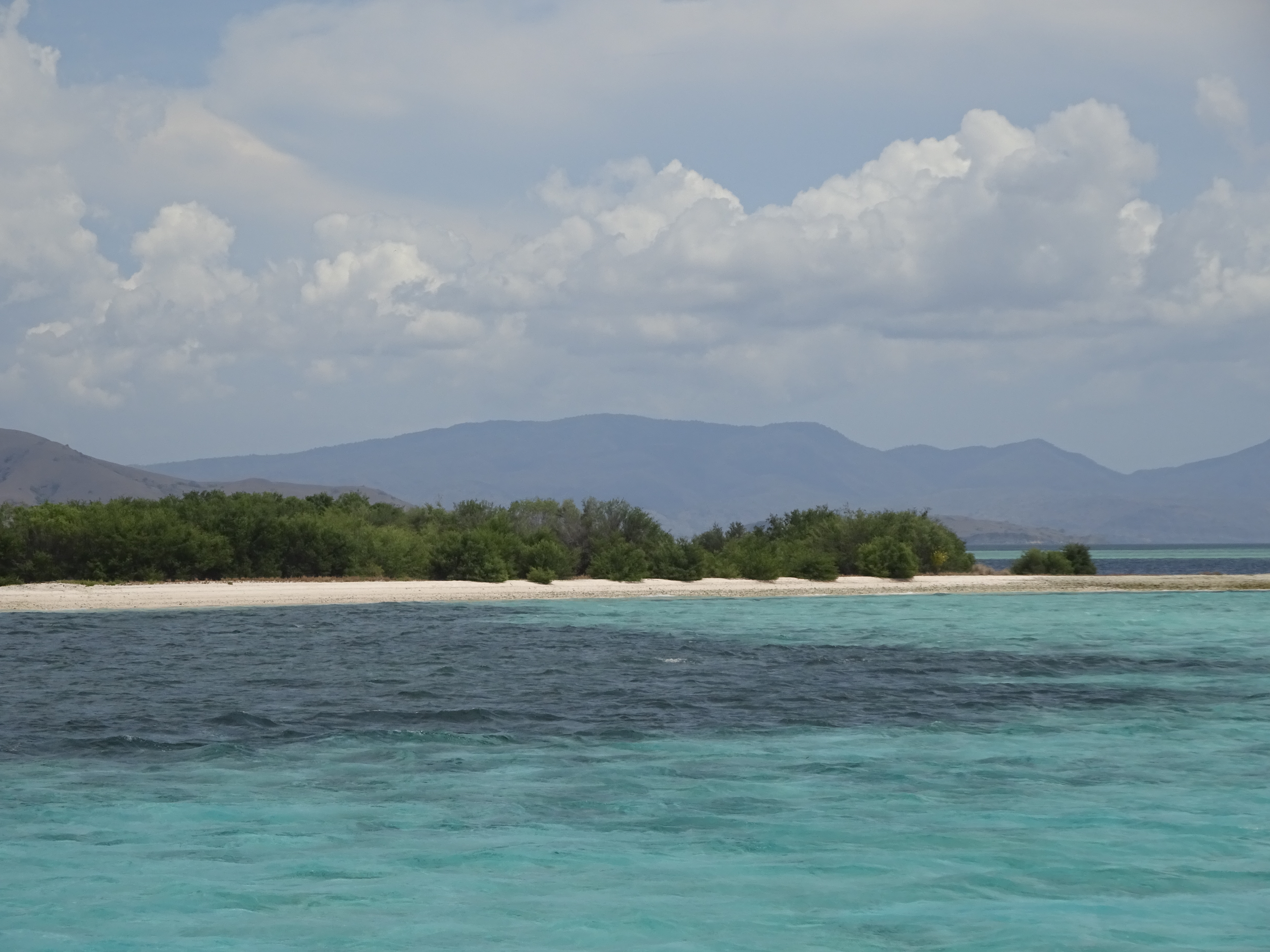 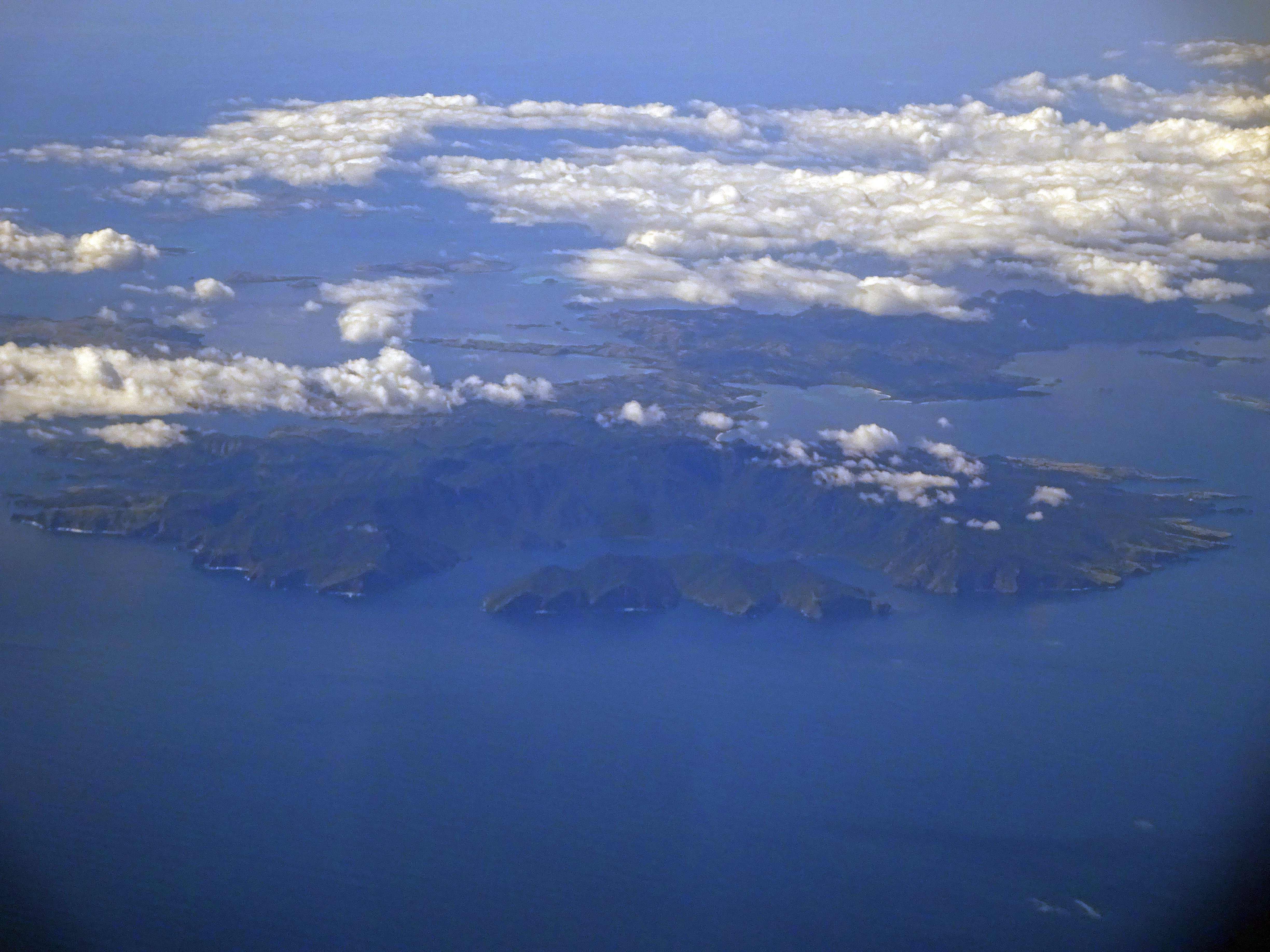 Doro Ora is the highest point of Rinca island (pronounced ‘Rintja’) – one of the two large islands in Komodo National Park. Closer than Komodo to the port town of Labuan Bajo on the western end of Flores, it is separated by the narrow Molo Strait (Selat Molo) which is less than one kilometre across at its narrowest.

Rinca is home to the second largest population of Komodo dragons after Komodo lsland itself, with estimates ranging from around 1,000 to 1,500 individuals. The dragons on Rinca island are smaller and supposedly more aggressive than those found on Komodo island. Given that Komodo dragons are fairly good swimmers, it is perhaps no surprise that the Rinca population is linked to the small number that can be found in the remote edge of Flores island by the Molo Strait.

Many travel agents offer tours to Rinca and neighbouring Komodo island, but in 2020 there is much uncertainty over how things will change in the coming years, given both the local and national governments’ plans to increase the entry ticket to at least $1000 USD per person and the terrible effects of the Covid-19 pandemic on the travel industry.

In October 2020, many tour operators, restaurants, homestays and other small businesses in Labuan Bajo have ceased operations as they catered mainly to international tourists who at present are not allowed to enter Indonesia. Mega-projects such as the construction of large international hotels seem to have been paused, temporarily or otherwise.

However, infrastructure work continues, with the streets of Labuan Bajo currently being given pavements, although to what extent these simply become places for local people to park their motorbikes as is common throughout Indonesia remains to be seen.

On Rinca, work is underway on a project dubbed ‘Jurassic Park’ at Loh Buaya (‘crocodile bay’) to construct an information centre, an elevated viewing deck, accommodation for staff and visitors and a renovated dock. A photograph supposedly taken on Rinca of a construction truck with workers on top meeting a Komodo dragon in an apparent ‘face-to-face stand-off’ went viral in October 2020.

Some commentators noted the similarity with the Tiananmen Square photograph taken in Beijing in 1989 when a lone protester came face-to-face with an army tank, and others called for an end to this mass construction project due to the potential harm to the natural ecosystem and Komodo dragon habitat. The government has now closed all public access to Rinca island until the end of June 2021.

Based on news reports, it seems as though the current plan is that Komodo island will be the expensive premium tourist destination for the wealthy only, and that Rinca will remain relatively affordable, but this plan could change.

As for hiking to the highest peak, Doro Ora and the surrounding area is closed to all but researchers, and it is unlikely that many have been to the top in recent decades. Some online sources state it can be hiked in a day, yet the pier and usual trailhead in Loh Buaya are up at the northern end of the island whilst Doro Ora is down in the south over ten kilometres away, so this claim seems almost certainly false.

As if the basic danger of meeting Komodo dragons on a substantial trek were not enough to put off any keen baggers, it seems that the juveniles actually live in trees for the first few years in order to avoid being eaten by the cannibalistic adults! Given that forest still exists on the summit ridge of Doro Ora, it seems likely that any attempt to reach the highest point would be incredibly foolish! Note that the juveniles’ saliva is just as poisonous as that of the adults.

The relevant Bakosurtanal map lists the peak as being 722m high with a similarly-high summit (721m) just 1 kilometre to the north-west and labelled ‘Golo Ora’. In between the two is a slightly lower peak at 714m. A proper survey would be needed to clarify which of the three is the highest.

When the island is open, tourists can do short treks in the north from Loh Buaya, typically lasting between 1 and 2 hours, and strictly accompanied by rangers at all times with their forked sticks to prevent attacks. Like Komodo Island, Rinca sees very little rainfall and the lower slopes of the island are very dry, very hot and largely lacking in shade.

Dragon attacks on Rinca Island are rare but certainly not unknown. A park ranger was attacked in 2013 when a Komodo dragon lay waiting under his desk. Luckily he escaped but his injury required specialist medical treatment in Bali followed by six months of recovery. And back in 2008, a group of five scuba divers ended up stranded on a presumably remote part of Rinca for two days and were attacked by Komodo dragons yet luckily rescued before any serious harm.

Some online sources state that a hill known as Golo Kode is sometimes hiked and requires around 3 hours from Loh Buaya. However, details on where this hill actually is are thin on the ground. If it is, as its name suggests, the hill on Nusa Kode, a small island just off the south coast of Rinca, then it too is now off-limits to anyone except researchers with permits. Added to that, around 57 Komodo dragons live on this wild little island.

Most visitors simply do a short wildlife trek from Loh Buaya, visit Pulau Padar (Padar Island) to hike to the stunning viewpoint, and then enjoy snorkelling in various spots near Rinca. Indeed, the seas around Rinca and Komodo are regarded by many as the finest place for diving in Asia and manta rays are common. 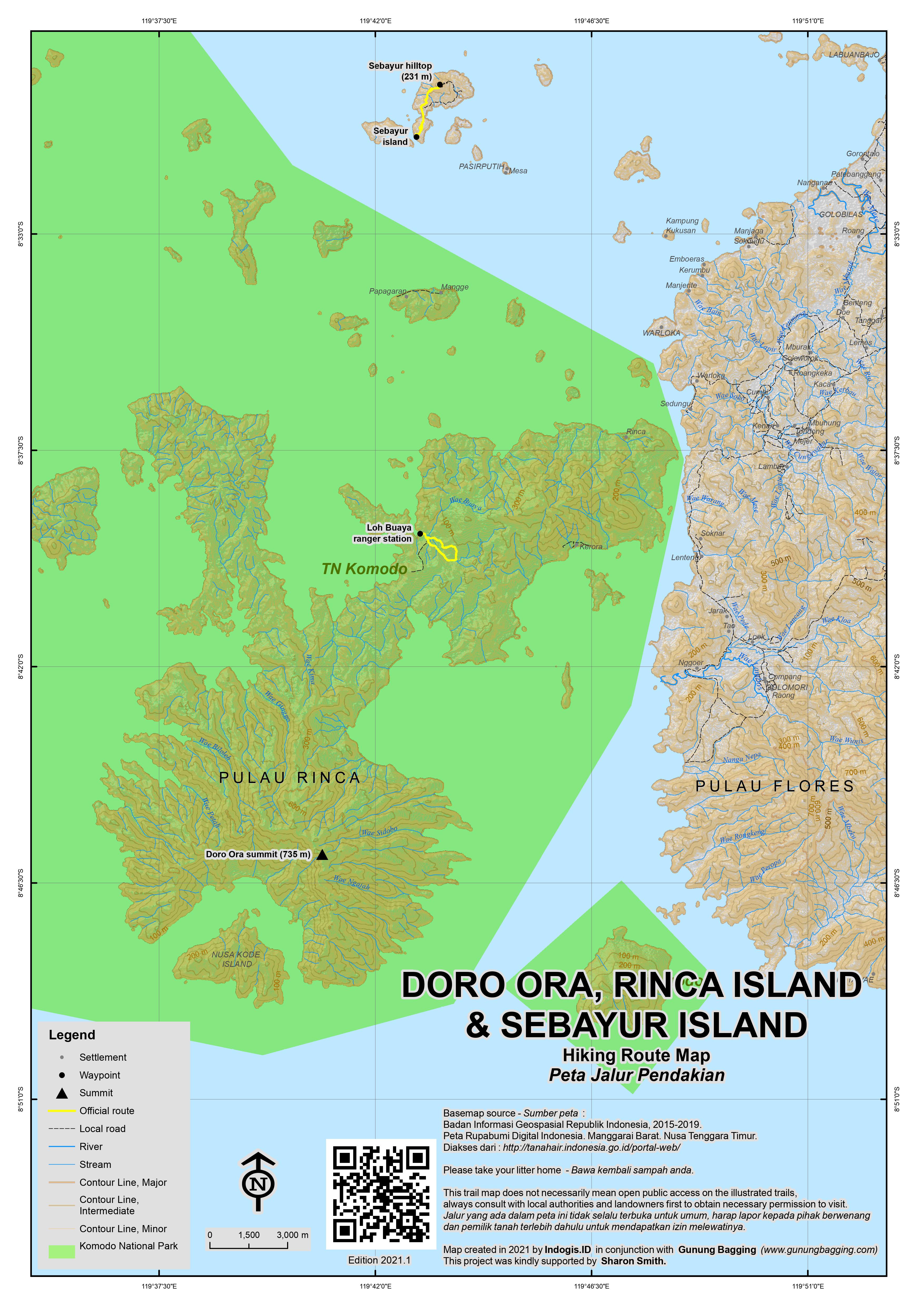 ‘Doro’ is the local word for hill and ‘Ora’ means komodo dragon. So, “Hill of Komodo Dragons” or ‘Komodo Dragon Hill” might be acceptable translations.

One thought on “Doro Ora”