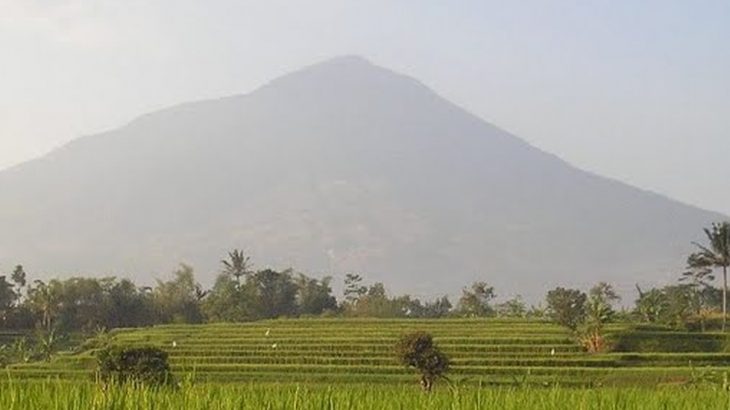 This Ribu is the highest peak in the whole of the Parahyangan/ Priangan highlands of West Java. It is a beautiful dormant cone and dominates the landscape near Garut. Given its height, it is actually fairly straightforward because on several hiking routes there are farm fields reaching high up the mountainside. 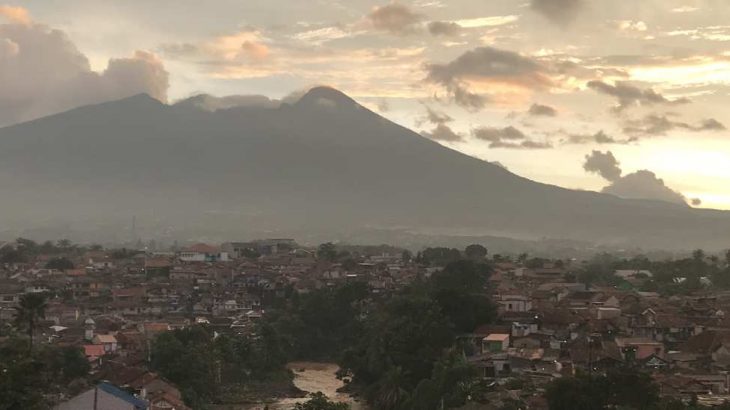 Salak is one of the most accessible volcanoes from Jakarta but has not erupted since 1938. There are various routes on the mountain range and there is a great deal of variety to be found on its slopes – craters, wildlife, plants and numerous mountain peaks. It is the kind of mountain that cannot be fully explored in a single hike – you need to try various routes to discover the character of the mountain as a whole. 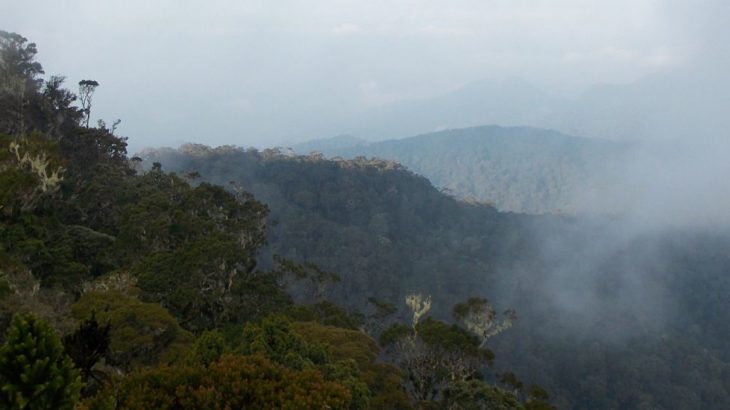 This is the most significant mountain near Takengon and Danau Laut Tawar. The whole Gayo highlands area is famous for its coffee and the temperature here is slightly cooler than down at sea level in Aceh’s coastal towns. The hike to the top and back can be completed easily in two days and in good weather the views of Danau Laut Tawar and over to Bur ni Telong and Geureudong are sublime. Furthermore, near the top of the mountain is a large area of beautiful, jagged karst rocks. 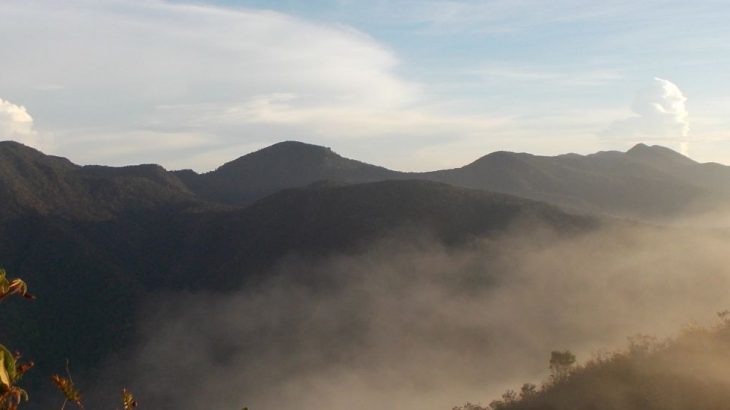 This Ribu is a large forested mountain range which is occasionally hiked by local university hiking clubs on expeditions that take a minimum of 5 or 6 days. There is an old triangulation pillar about 400 metres north of the true summit. There are apparently some fascinating megaliths and also hot springs on its slopes. At the southern end of the range is the striking Bur ni Telong (2,617m), a historically active volcano complex which is climbed frequently (and separately from Geureudong) and the summit of which offers great views and can be reached in a few hours. 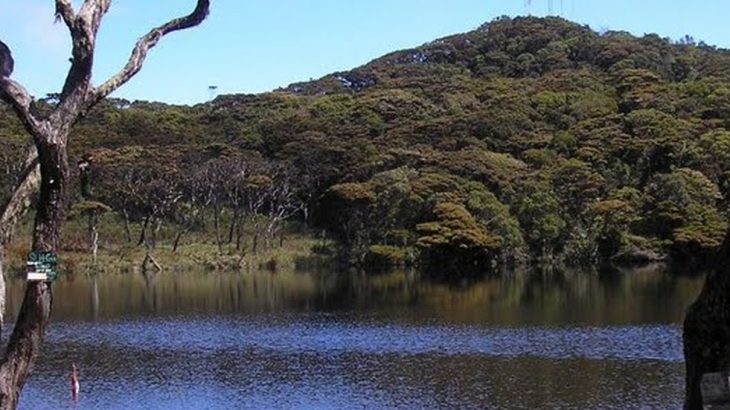 This dormant peak is close to the pleasant tourist town of Bukittinggi and the huge Lake Maninjau. Along with neighbouring Gunung Marapi, it dominates the landscape south of the town. Singgalang is a twin volcano with the lower yet volcanically active Gunung Tandikat (2,438 m) and could be considered as Sumatra’s version of Gede-Pangrango. 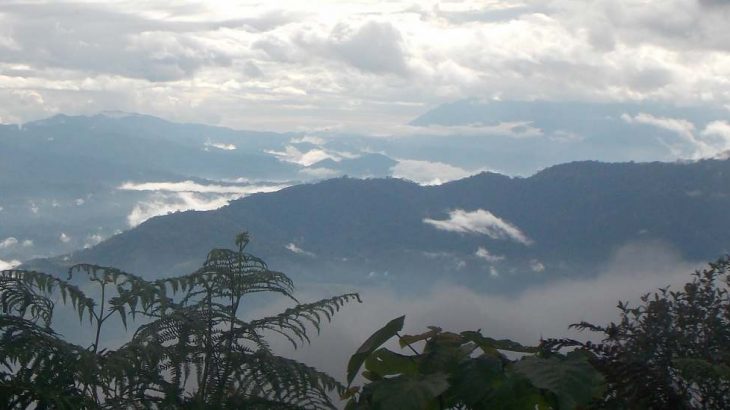 Bulu Nti is the highest point on a very long mountain ridge to the west of the city of Palu. It is this ridge which keeps Palu so dry to the extent that the city is one of the driest places in Indonesia. The more northerly (and smaller) Gawalise (2,023m) is much more commonly climbed and can be done in two days (as opposed to three). This remains a really wild mountain despite being close to a major city and airport and was only first explored and documented in 2007 by Tadulako University’s Lalimpala. 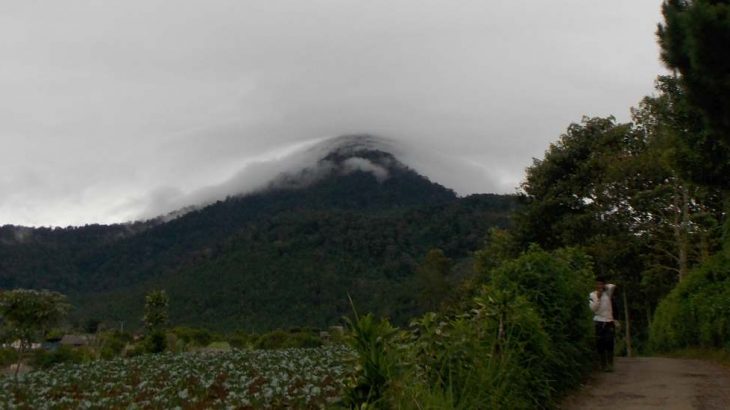 Gunung Bukittunggul is the highest peak in the mountainous area north of the city of Bandung, higher than both Tangkuban Parahu and Burangrang which lie further west. It is a major landmark when seen from other hills in the Bandung area and can be easily reached and climbed as a daytrip from Bandung or even Jakarta. Whilst there are no views to be had at the forested summit, the trek is not yet as hugely popular as most other significant peaks surrounding Bandung so if you are searching for relative solitude then this is a great choice. 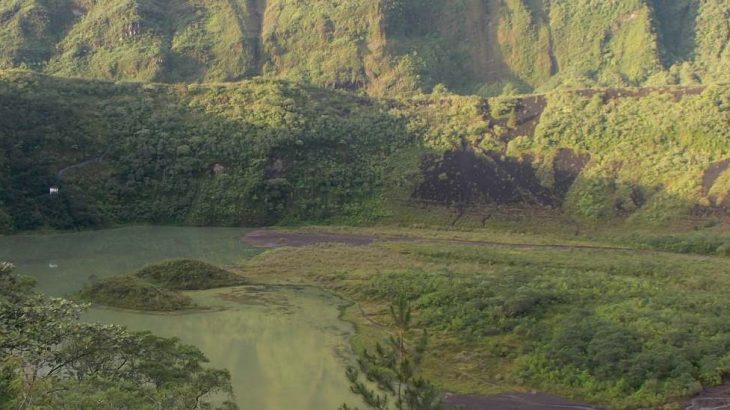 This Ribu is a huge and complex mountain massif consisting of Talaga Bodas lake and Kawah Saat dry crater in the north, Galunggung crater in the south and the highest peak, Gunung Beuticanar, lying inbetween, amongst a long ridge of forested peaks. An enormous eruption in 1822 caused many casualities and the last large eruption was in 1982 when a plane was forced to make an emergency landing after its engines filled with ash. Today, however, Galunggung crater seems relatively calm. 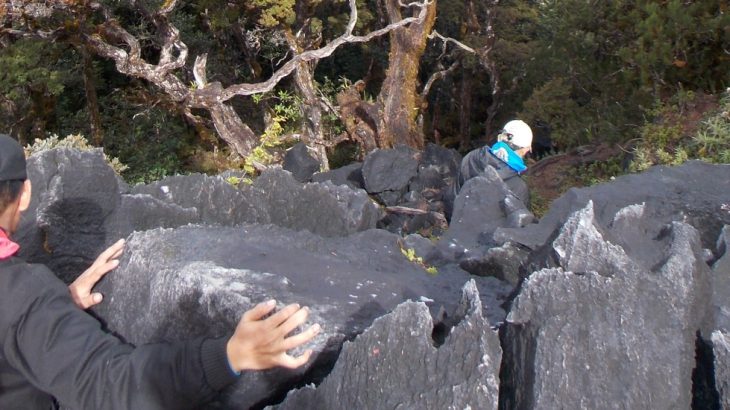 Gunung Mekongga is the highest mountain in Southeast Sulawesi and one of Sulawesi’s most interesting, with beautiful limestone karst at the summit. It is a long trail, requiring a minimum of 5 days, and the trailhead is close to sea level. Western and Indonesian scientific researchers have made trips here in the past and discovered new species. 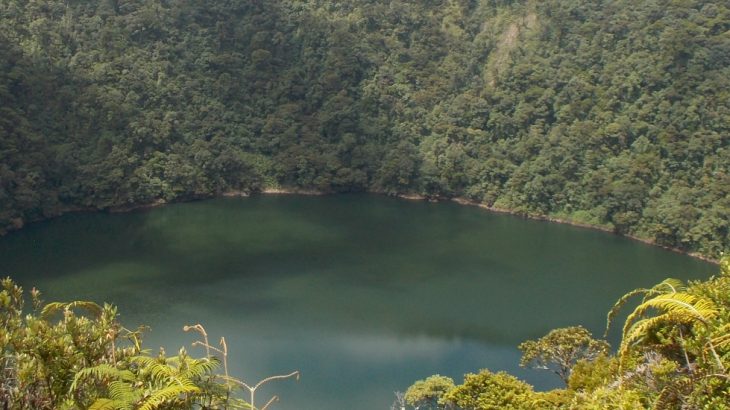 This Ribu is the highest peak in Jambi province (assuming you count Kerinci as in West Sumatra) and has two lovely highland lakes – Lake Kumbang and Lake Mabuk – which are of a smilar size to each other and were presumably once active volcanic craters. The normal starting point is Sungai Lalang (1,365m) – a 3 hour drive from Bangko on the Trans-Sumatran highway or just over 4 hours from Muara Bungo airport.