This peak is the highest point of the island of Panaitan off the remote south-western coast of Java in Ujung Kulon National Park. Gunung Raksa is not a Ribu, standing at a paltry 329m above sea level. It is included, however, because of the quality of the climb and jungle, archaeological interest, and the mountain’s unique location on Panaitan Island. On the summit there is an early statue of the Hindu god Ganesha and the lingam symbol of shiva. There is also an historic colonial survey marker. Panaitan Island has outstanding wildlife and jungle. Expect to see rusa deer, kancil (mouse deer), monkeys, python, and a wide variety of birdlife. Raksa is the highest point on Panaitan Island and is easily identified visually from the sea. 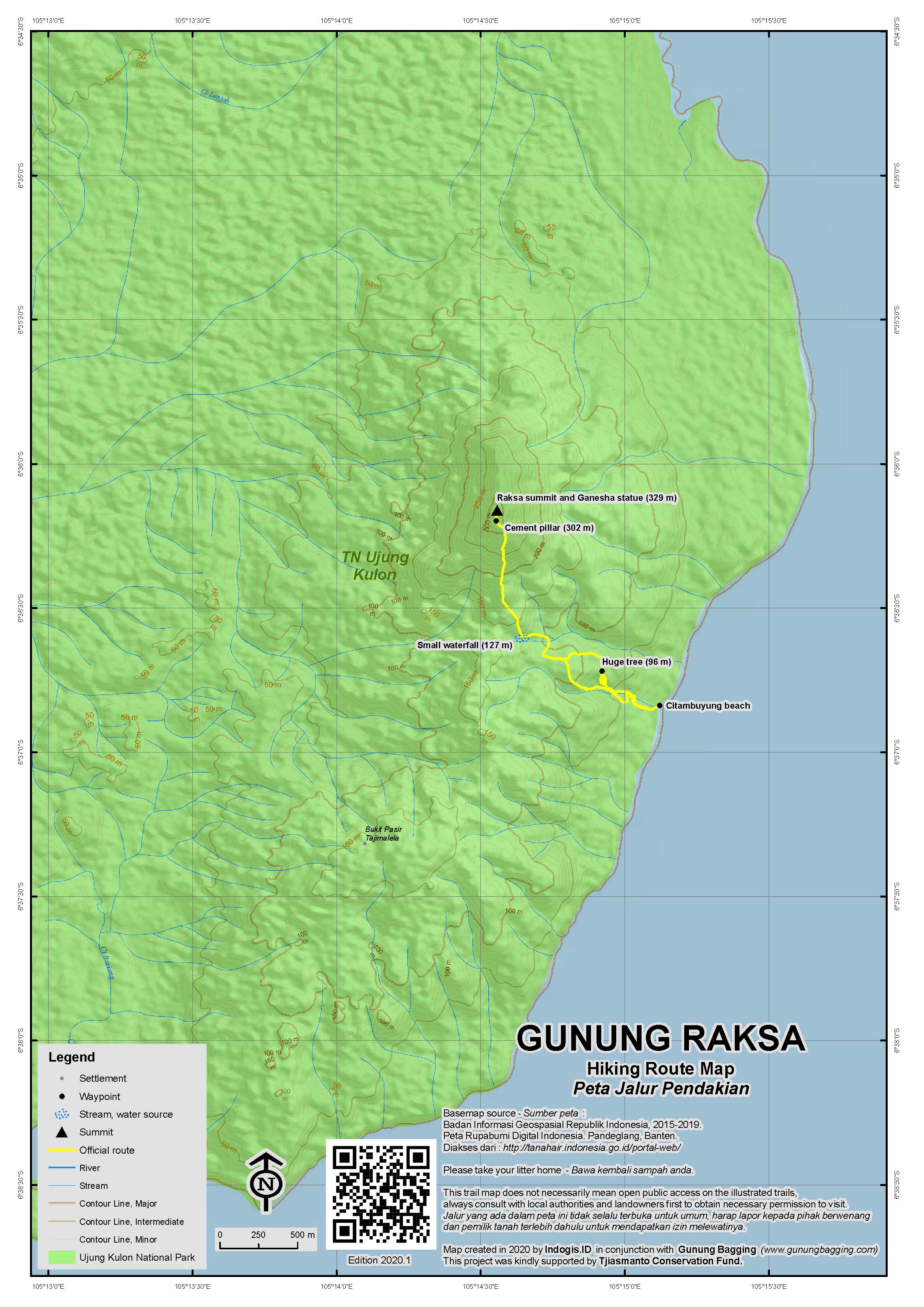