The mountain is very much an isolated one, and from the Trans-Sumatra highway it looks a great deal higher than it really is. However, since you have to start from under 200m above sea level, it is no less a hike than, say, Salak or Karang. It takes 6 or 7 hours up and down and the usual starting point is an unmarked spot (195m) on a minor road beyond Sumur Kumbang near Way Belerang (the natural hot water bathing pool, 155m) a couple of kilometres south of the town of Kalianda. 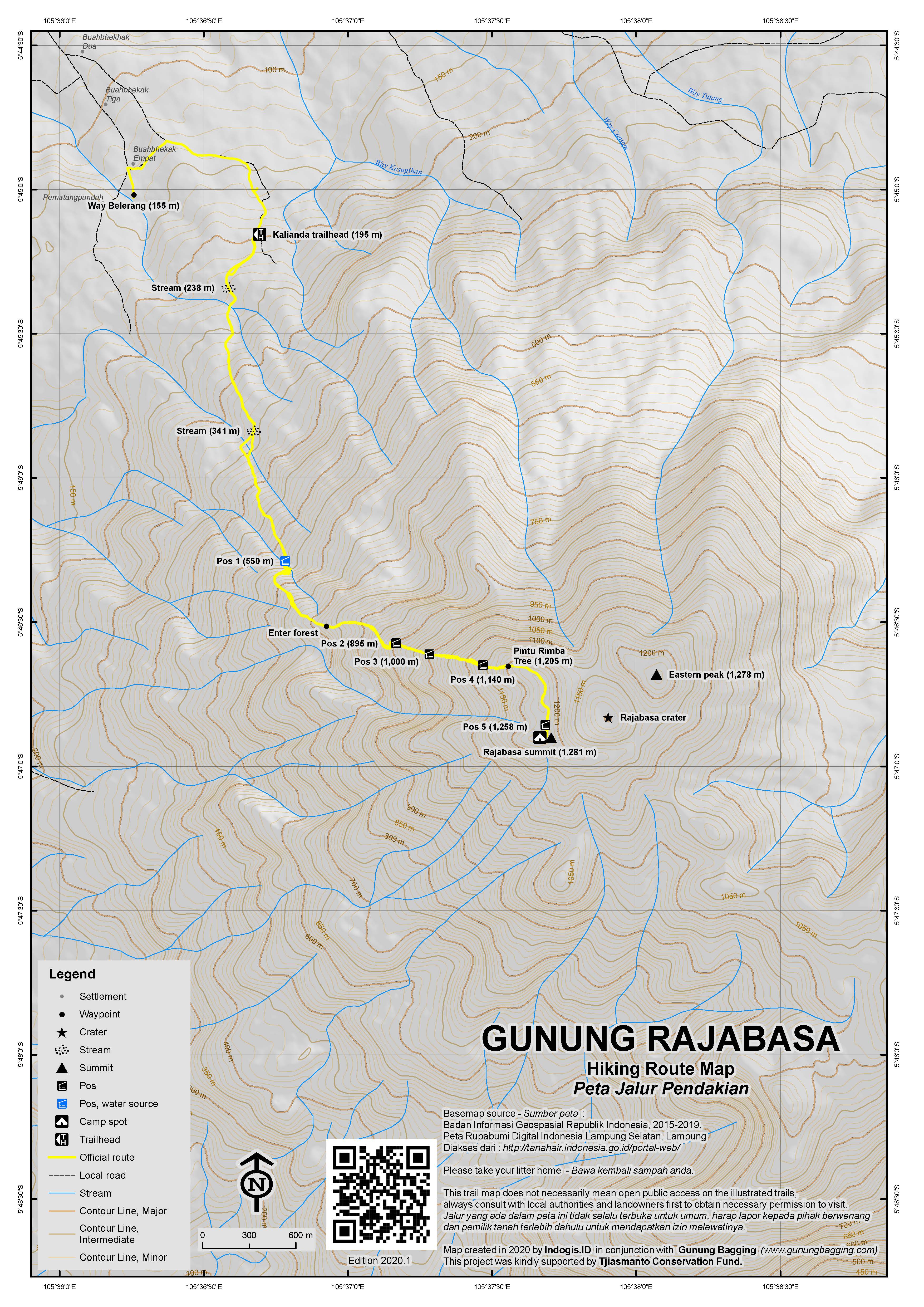