The Merapi-Ijen volcano complex lies within the much larger Ijen caldera on the eastern-most tip of Java overlooking Banyuwangi, the point of departure for the ferry crossing to Bali. The calderais about 20 kilometres across and famous for its Arabica coffee plantations. Gunung Merapi – not to be confused with Central Java’s volcano of the same name or West Sumatra’s Gunung Marapi (sic) – is the highest point of the caldera complex, on its eastern rim.  The Ijen crater lies immediately below, and on the western flank of, Gunung Merapi and contains Java’s largest crater lake renowned for the molten sulphur that exudes from vents in the crater. It is one of East Java’s most visited natural attractions.

Since at least 2019, a new hiking objective has been on offer, namely Gunung Ranti (2,626m) which lies just south of Paltuding. This is a great viewpoint and the trailhead is just two minutes’ walk from the Kawah Ijen trailhead. Most hikers only go as far as the lower ‘north top’ at 2,578m and it sounds like the true summit is overgrown. If you want to avoid the crowds on Ijen, Ranti sounds like a great choice. 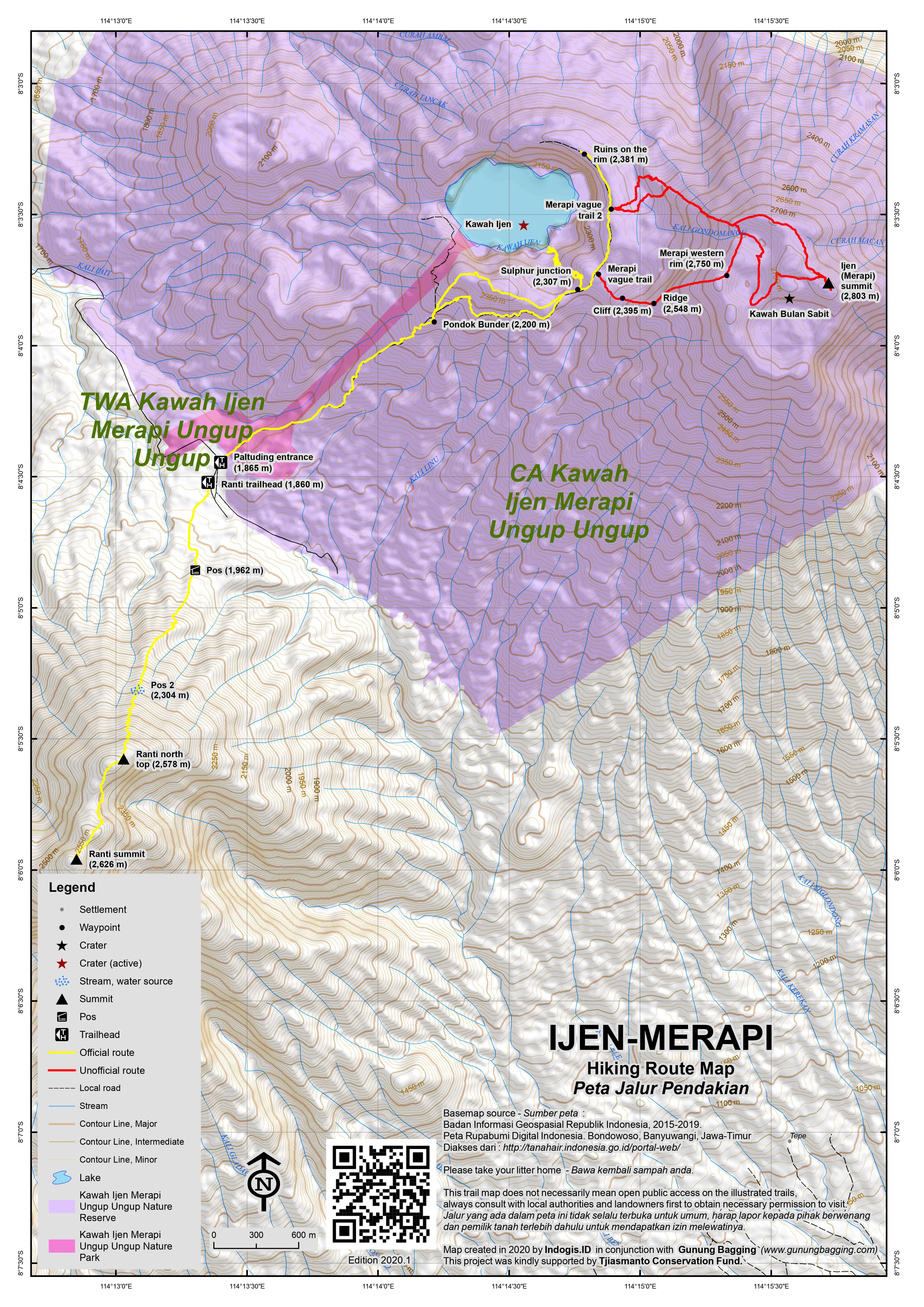 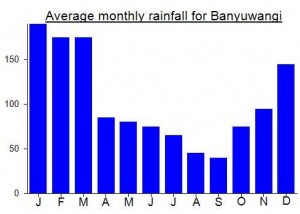