This is the closest major peak to the city of Palopo. There are several possible routes, but the easiest is from the Latuppa area to the south. It can be hiked in two days (i.e one night at or near the top). 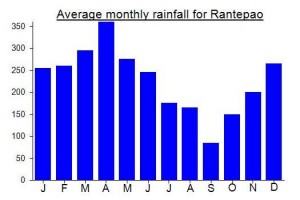